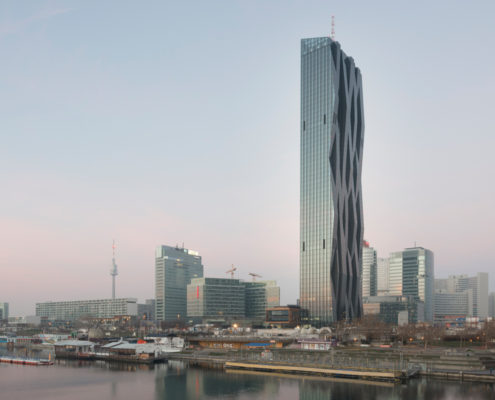 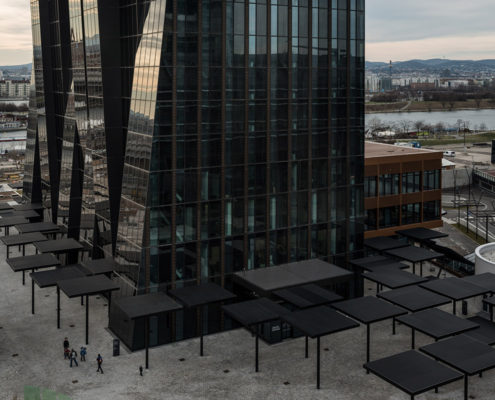 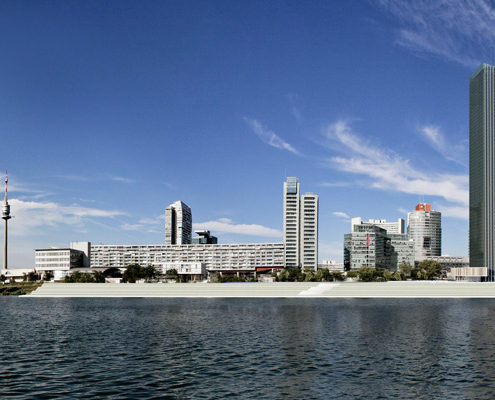 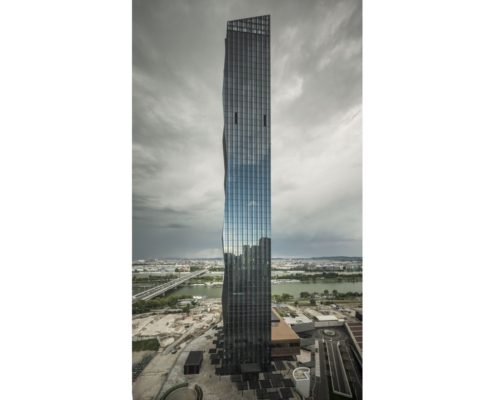 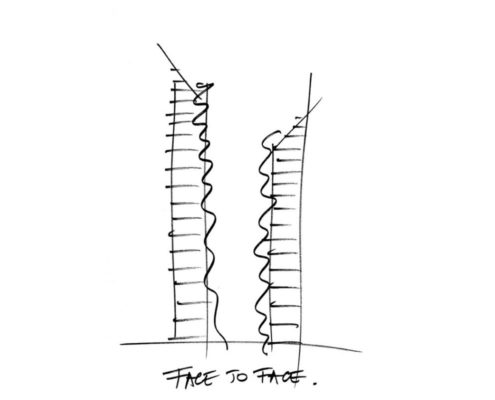 When an architect delivers a building it is always an extremely emotional moment, marked by the end of a long process of mediation, from absolute potentiality of early sketches to fine tuning in situ of final details. An actor, for a time, in the endless development of territories, the architect exits the scene. He hands over the controls to those he has been working for. This is the moment when architecture transitions from the intellectual, conceptual state to the fundamentally physical and real. In Vienna, these feelings are magnified by the iconic character and extreme visibility of the DC Tower 1, but also by the history that binds me to the project. One beginning twelve years ago, in 2002, when WED held an international competition for the development of the last remaining section of Donau City, and a history which continues to be written.

From the start the project offered a site with incredible potential: an open terrain, facing Imperial Vienna, embedded in the geography of the Danube, lying on a plateau on the river’s eastern bank, like a bridgehead to two Viennas. But the site was not virgin territory as several previous projects had been conceived for it. So there was a conceptual “already there”, a thoroughly fascinating virtuality. Very early on, what kindled my interest most in this site was the bridgehead with the rest of the Donau City district, with the river banks but also the conditions for breathing life into a public space on an esplanade. We took advantage of this commission to design a genuine entry gate to Donau City. Reversing objectives for earlier development projects envisaged here, WED specifications called for a decidedly mixed-use program, an indispensable condition for germinating the contemporary urban vibration we were proposing to create in and around the towers. The towers function as two pieces of a gigantic monolith that seems to have split into two unequal halves, which then open to create an arch with undulating and shimmering façades that bring the newly created public space to life in the void created there. Dancing on their platform, the towers are slightly oriented toward the river to open a dialogue with the rest of the city, turning their backs on no one, neither the historic nor the new Vienna.