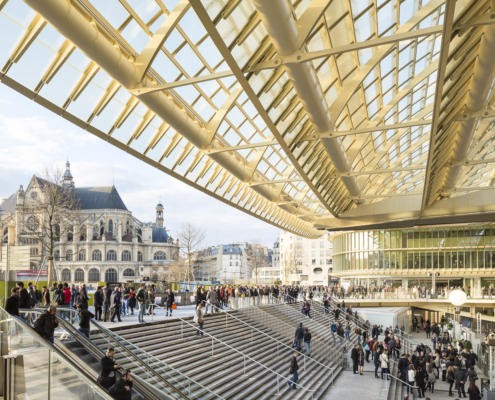 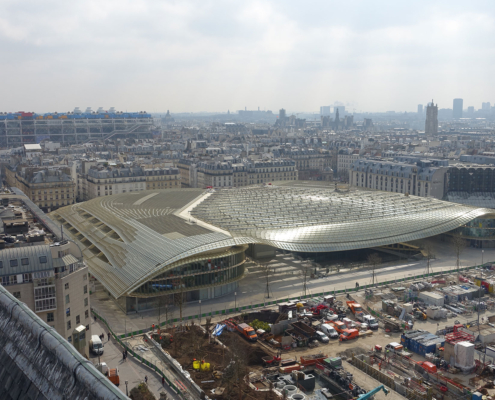 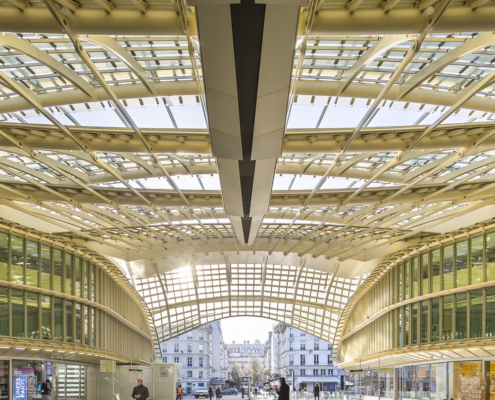 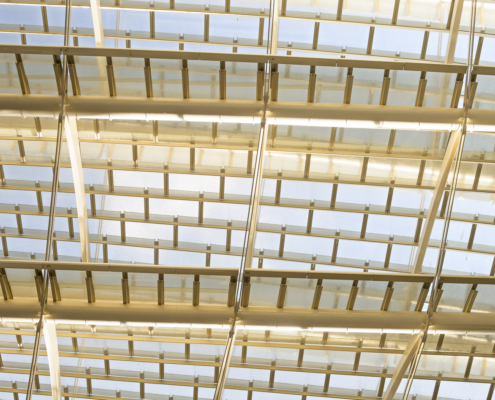 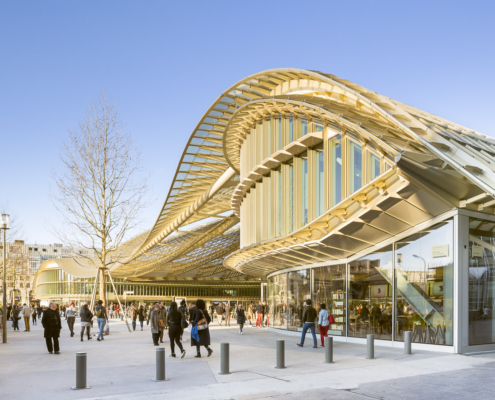 Les Halles ​was Paris's central fresh food market. It was demolished in 1971 and replaced by the Forum des Halles, a modern shopping mall built largely underground and directly connected to the massive RER and métro transit hub of Châtelet-Les-Halles. The shopping mall welcomes 150,000 visitors daily. Since 2010, a major reconstruction of the mall has been under way. The new version was inaugurated in 2018. The 2.5 hectare Canopée was opened on 5 April 2016. In 2017, the Forum des Halles was the second most visited shopping mall in the Paris region with 42 million visitors.