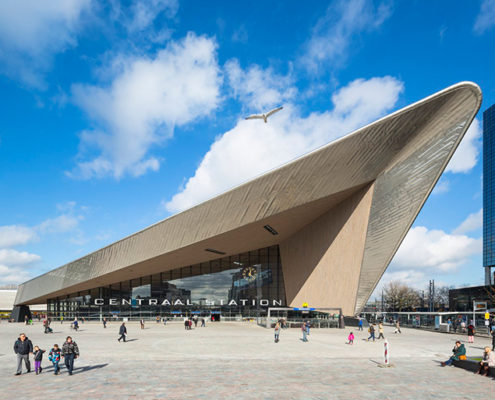 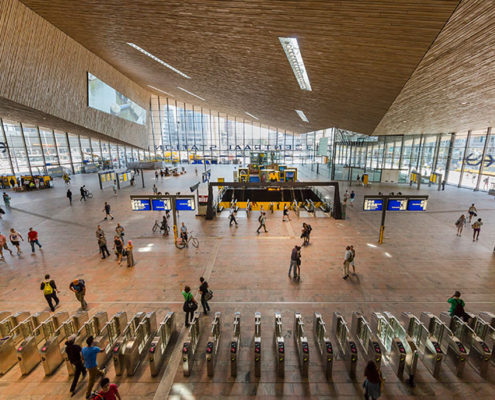 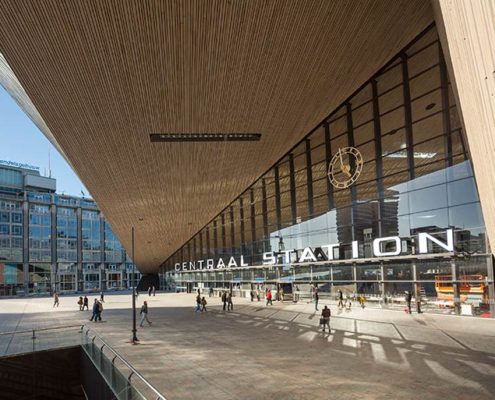 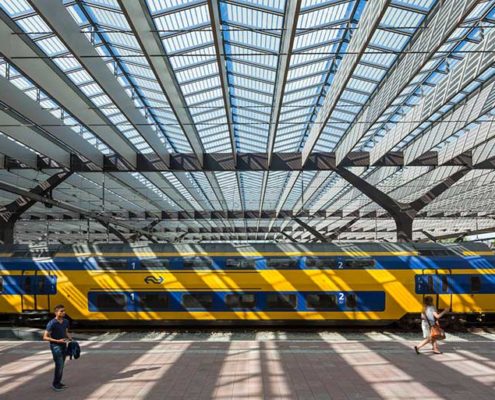 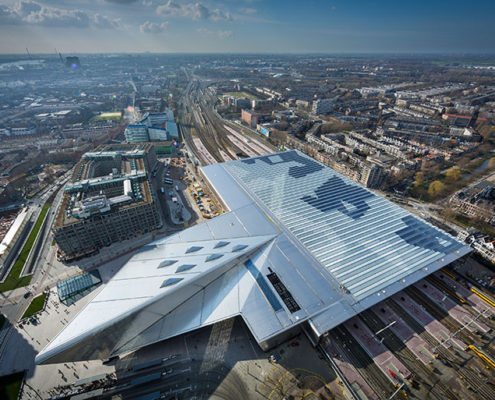 Rotterdam HST is the first stop in the Netherlands when travelling from the south and is strategically positioned in the middle of Europe, with Schiphol only twenty minutes and Paris a mere two and a half hours away. Hence the new station is not only larger, brighter and more orderly than the former, but also has an international feel; it beautifully complements both the efficiency of the Hispeed stop and the Rotterdam's bold ambitions for urban development and renewal. The station matches in all respects the practicality, capacity, comfort and allure, of the central stations of Madrid, Paris, London and Brussels.

One of the fundamental challenges of Rotterdam Centraal station was the difference in the urban character of the north and south side of the station. The entrance on the north side has a modest design, appropriate to the character of the neighborhood Provenierswijk and the smaller number of passengers. The entrance gradually connects to the city. In the Provenierswijk the character of the 19th-century Dutch provincial town is strengthened. Large architectural extensions are avoided on this side of the station, the presence of green is ameliorated and the station is transparent.