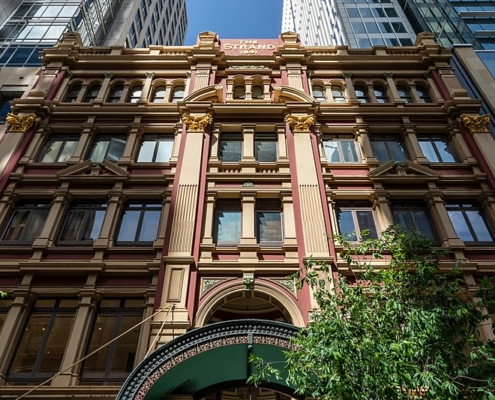 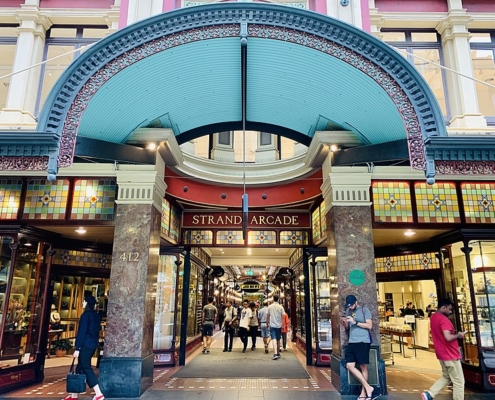 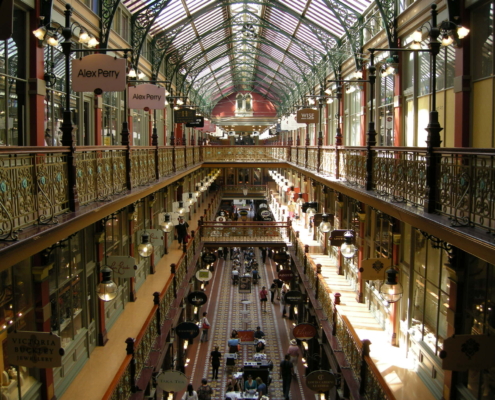 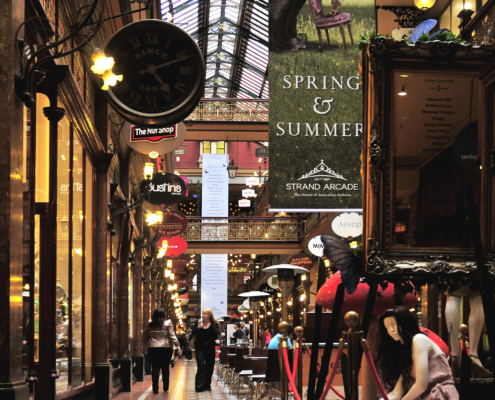 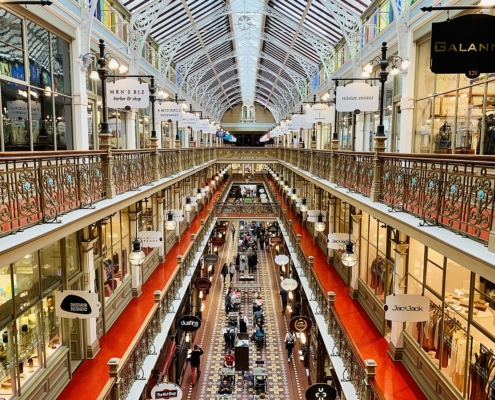 "When English architect, John Spencer unveiled his plans for the arcade in the mid-1880s he received a standing ovation. The plans were ambitious. The arcade was to be 340 feet (approximately 104 meters) long, and three stories high, running between Pitt and George Streets. Magnificent cedar staircases at each end of the arcade led to the second and third floor galleries which were linked by a central bridge.

The Strand Arcade remains a majestic beauty in the middle of the hustle and bustle of Sydney's CBD. Many retailers including The Nut Shop, Strand Hatters and Coomb's Shoe Repair & Service have traded for decades, becoming well known Sydney institutions. Today the center is a unique mix of Australian designer fashion and specialty stores catering for a clientele looking for something that’s a little more unique, crafted with care."