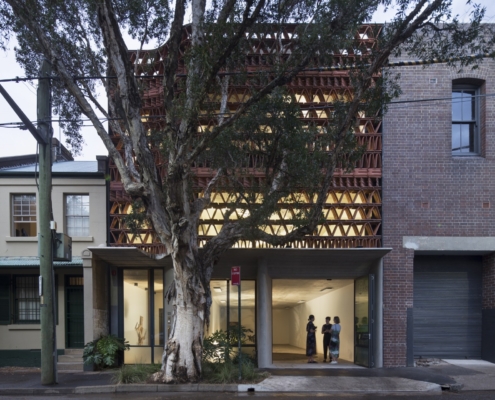 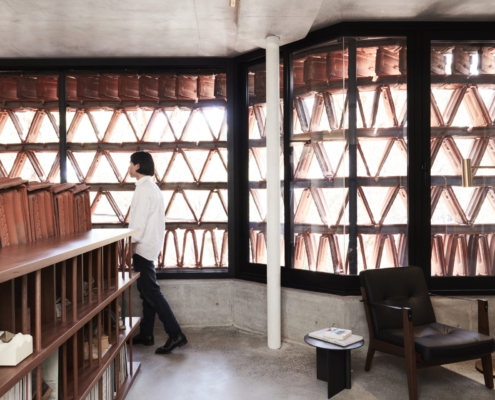 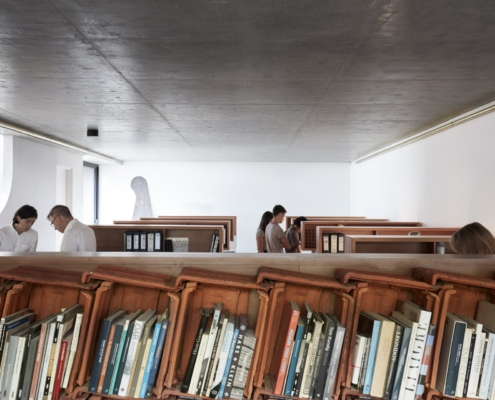 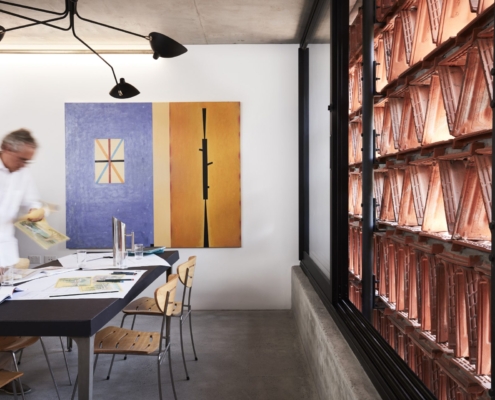 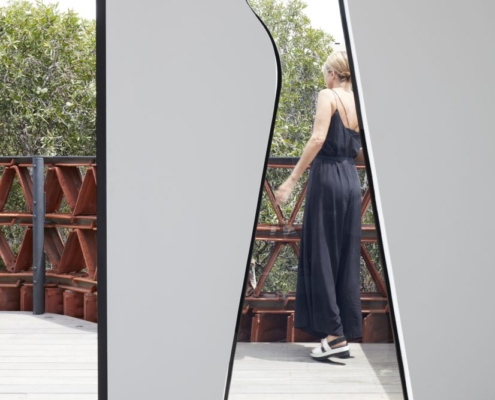 "Architecture is often reliant on expensive and scarce materials to define its value. The Beehive explores how an undervalued waste product, like the ubiquitous terracotta roof tile can be redefined and revalued. Up to 50% of Australia’s waste output is due to construction; and a building’s energy footprint is largely based on the materials embodied energy. Material reuse solves both these environmental impacts and is by far the most efficient form of building. Raffaello Rosselli collaborated with Luigi Rosselli architects to design their new office building. Through experimenting with waste material reuse on its own studio it aims to be a role model for future projects.

The project’s primary gestures came through a consideration of its immediate context. The building’s form responds to the neighboring setbacks and heights. As well as curving around the paperbark street tree (Melaleuca) which encroaches the site. The brise-soleil façade filters the harsh sun while at the same time maximizing light through the small 8-meter-wide frontage. The façade retains the feeling of the two-story warehouse to the south, with the top level set back. The curved awning raises above the first floor to match its context and provides a generous interface with the street.

The process of design was also unique for this building. The façade design was largely conceived through multiple full-scale tests and hand-built prototypes, which informed where each tile course was placed based on its function. The acute course was used at the bottom due to its strength, as well to obscure the solid spandrels. Equilateral tiles were used at eyelevel to reduce visual obstructions. While diagonal tiles were used at the top due to their low clearance and were angled north. The variation of tiles created an opportunity to hide the slab edges that reduced the structural load to single stories discreetly. This process allowed for tricky design elements to be resolved physically, such as the curved tile façade, which was crucial to give the façade proportion within its built context by linking its misaligned neighboring buildings.