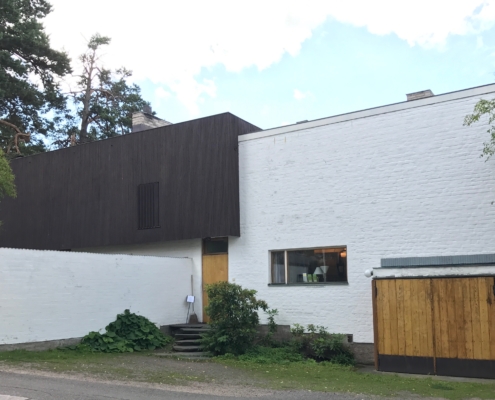 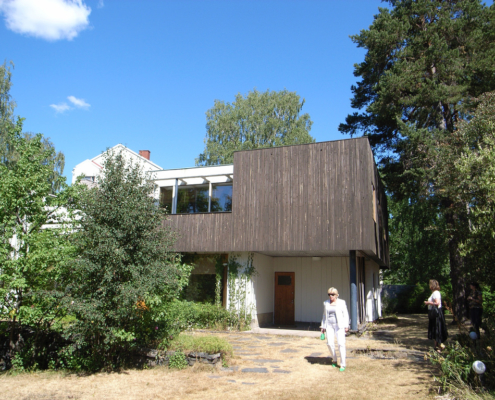 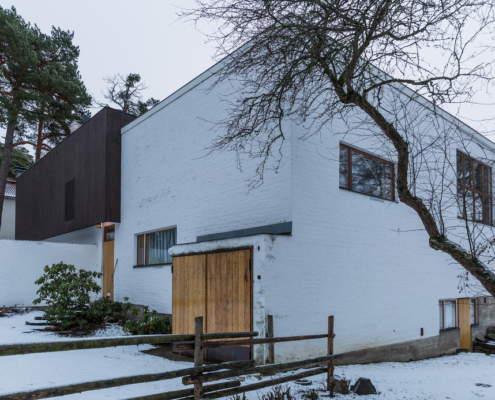 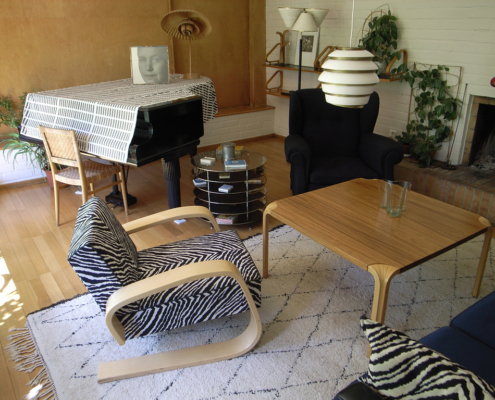 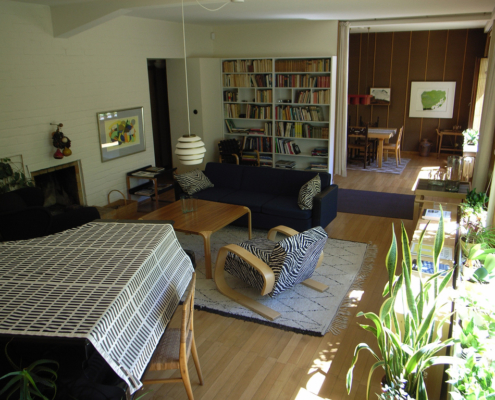 The house was designed to be both a home for the family and the studio of an architect. The slender office wing is in white-painted, lightly rendered brickwork. The positioning of the windows still shows clear hints of functionalism. The residential part is clad with slender, dark-stained timber battens. The roof is flat and on the courtyard side there is a large terrace opening up to the south.

The façade is toward the street, it is closed-off and harsh, but it is rendered softer by climbing plants and a slate path leading up to the front door. The house anticipates the later Villa Mairea, and it bears hints of a “new” Aalto, of romantic functionalism. This is seen in the plentiful use of wood as a finishing material and in the four fireplaces built of brick. But in contrast to Villa Mairea, this house is not a luxurious residence but a cozy and intimate living quarters, in which simple, uncluttered materials are used.

Later, in 1955, Studio Aalto was completed, also in the Tiilimäki neighbourhood of Munkkiniemi, but the architect is known to have enjoyed working in Villa Aalto even after that.