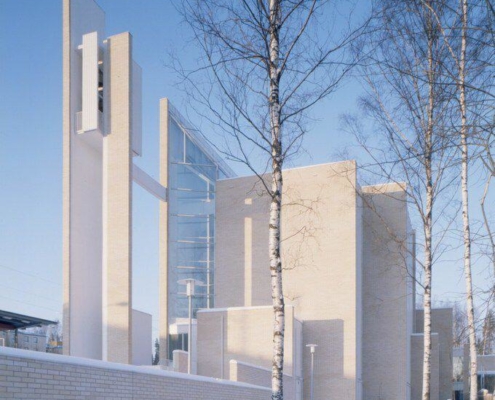 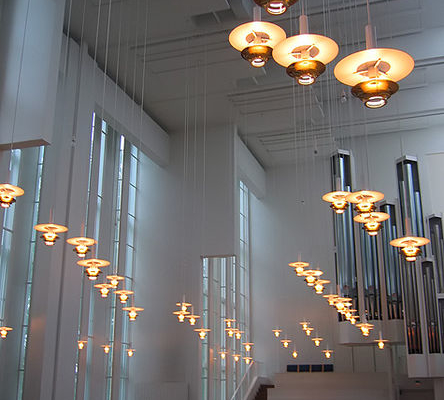 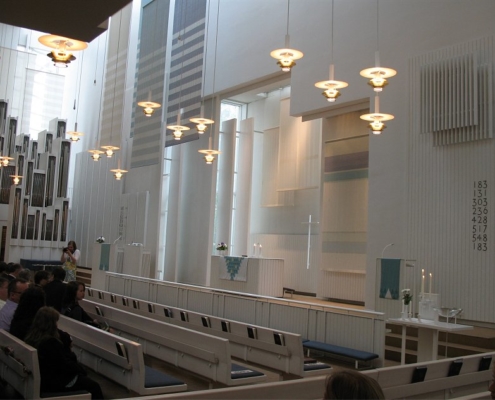 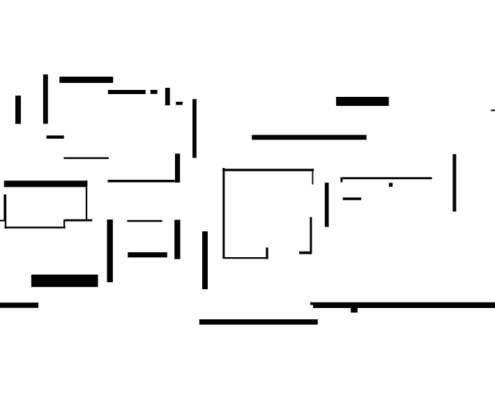 Myyrmäki Church (Finnish: Myyrmäen kirkko), is a Lutheran church in the Myyrmäki neighborhood in the city of Vantaa. It is located near Louhela commuter train station. The church was designed by architect Juha Leiviskä and it was opened in 1984. It is also known as the Church of Light. In Leiviskä's own words: "To me, a building as such, 'as a piece of architecture', is nothing. Its real significance is revealed in counterpoint with its surroundings, with life and with light."

Leiviskä has stated that when designing the church the ideal he had in mind was the Neresheim Abbey in Bavaria, southern Germany, the late Baroque church designed by architect Balthasar Neumann. The British architecture historian Kenneth Frampton has discussed this aspect of Leiviskä's church architecture, stating: "The Baroque churches of Southern Germany are the conscious inspiration for these (church) works, as Leiviskä openly concedes, even if the syntax could hardly be more removed from the plasticity of Balthasar Neumann. An indirect, hypersensitive play of light on a set of highly susceptible layered lattices and planes is patently the aesthetic modus operandi in these churches. And to this ludic game we must add the equally playful layering of lights miraculously floating at the ends of imperceptible cords..."