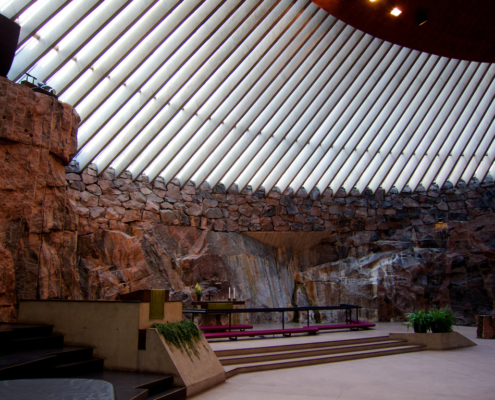 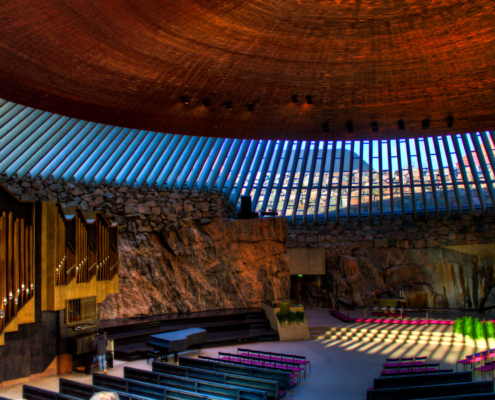 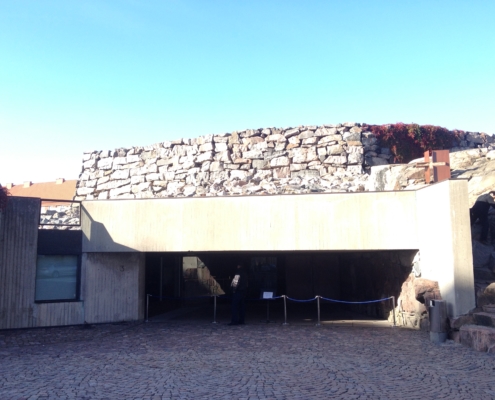 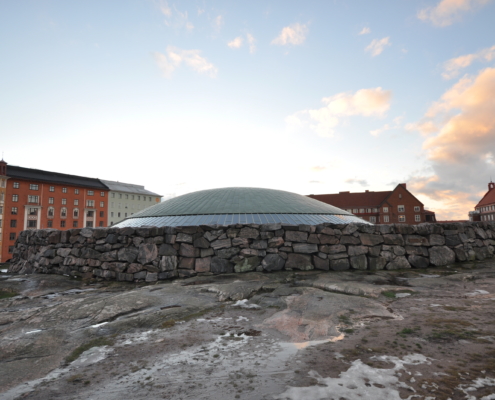 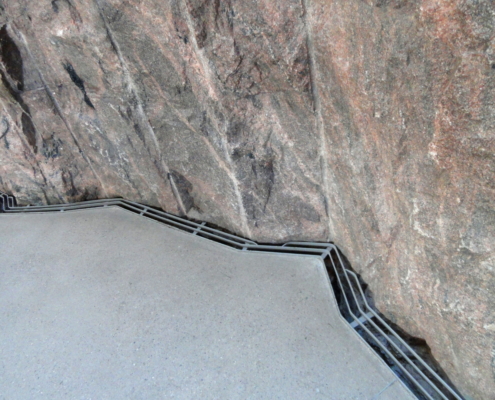 Plans for the Temppeliaukio/Tempelplatsen (Temple square) began as early as the 1930s when a plot of land was selected for the building and a competition for the design was held. The plan by J. S. Siren, the winner of the second competition to design the architecture of the church, was interrupted in its early stages when World War II began in 1939. After the war, there was another architectural competition, subsequently won by Timo Suomalainen and Tuomo Suomalainen in 1961. For economic reasons, the suggested plan was scaled back and the interior space of the church then reduced to about one-quarter of its original plan. Construction finally began in February 1968, and the rock-temple was completed for consecration in September 1969.

The interior was excavated and built directly out of solid rock and is bathed in natural light which enters through the skylight surrounding the center copper dome. The church is used frequently as a concert venue due to its excellent acoustics. The acoustic quality is created by the rough, virtually unworked rock surfaces. The iconic rock walls were not included in the original competition entry, even though the Suomalainen brothers had considered the idea, because they believed that it was too radical for the competition jury. But when conductor Paavo Berglund shared his knowledge of acoustics from some of the best music halls and the acoustical engineer Mauri Parjo gave requirements for the wall surfaces, the Suomalainen brothers discovered that they could fulfill all the requirements for the acoustics by leaving the rock walls exposed in the Church Hall.