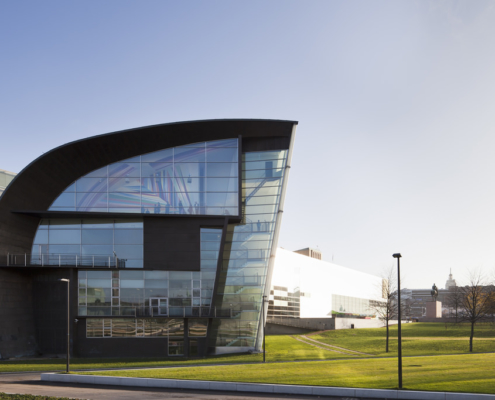 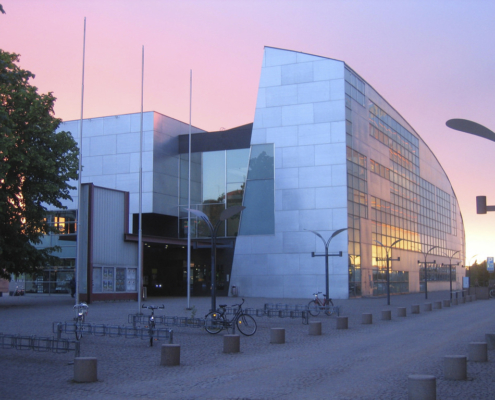 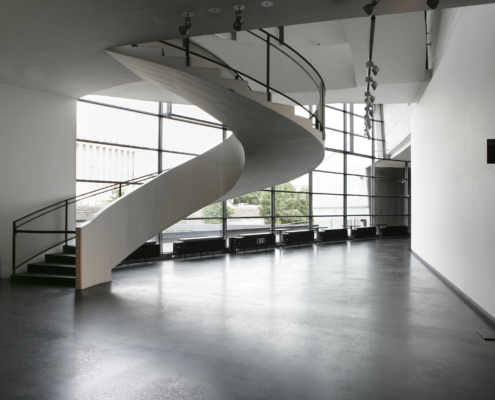 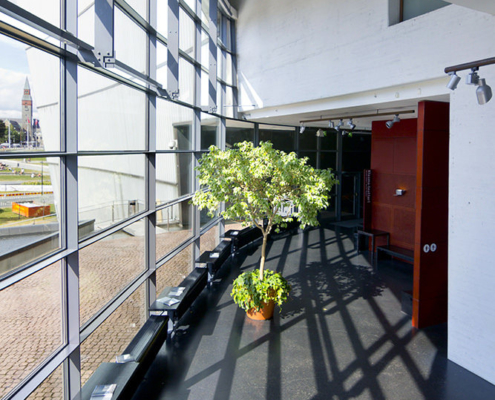 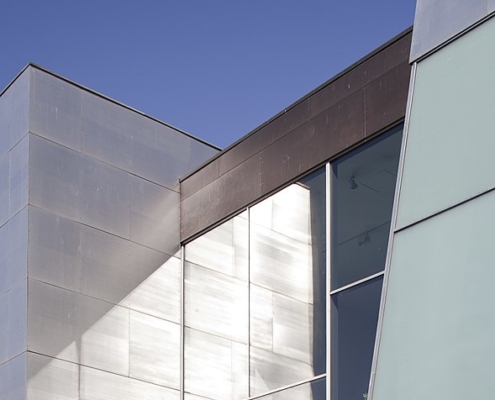 The Helsinki Museum of Contemporary Art provides a variety of spatial experiences. We considered the range of contemporary artwork, and tried to anticipate the needs of a variety of artists including those whose works depend on a quiet atmosphere to bring out their full intensity. An exhibition space that works for an expressive and unpredictable artist such as Vito Acconci, must also work for artist such as Agnes Martin and Richard Tuttle. The general character of the rooms, which are almost rectangular with one wall curved, allows for a silent yet dramatic backdrop for the exhibition of contemporary art. These rooms are meant to be silent, but not static; they are differentiated through their irregularity.

The concept of Kiasma involves the building's mass intertwining with the geometry of the city and landscape which are reflected in the shape of the building. An implicit cultural line curves to link the building to Finlandia Hall while it also engages a "natural line" connecting to the back landscape and Töölö Bay. In the landscape plan, extending the bay up to the building will provide an area for future civic development along this tapering body of water, which also serves as a reflecting pool for Finlandia Hall and new development along the south edge of the water. The horizontal light of northern latitudes is enhanced by a waterscape that would serve as an urban mirror, thereby linking the museum to Helsinki's Töölö heart, which on a clear day, in Aalto's word's, "extends to Lapland." The changes in elevation proposed with the water extension and it shallow depth would allow for parking decks and/or highway linkages which are presently part of various planning considerations.