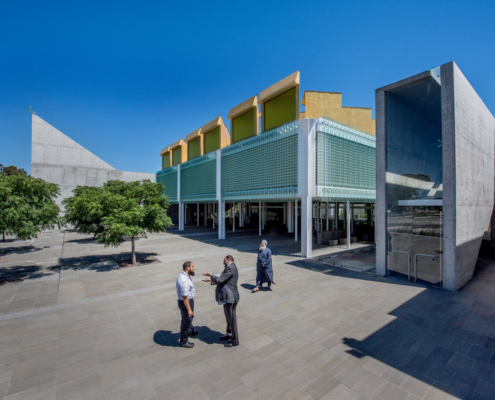 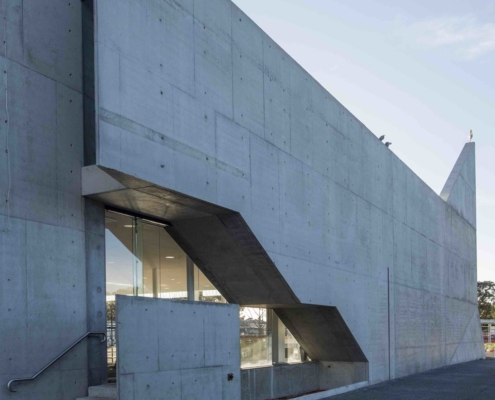 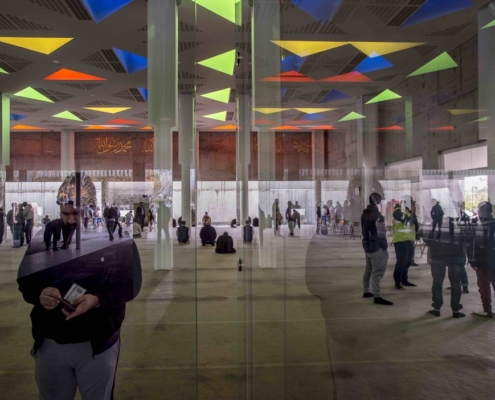 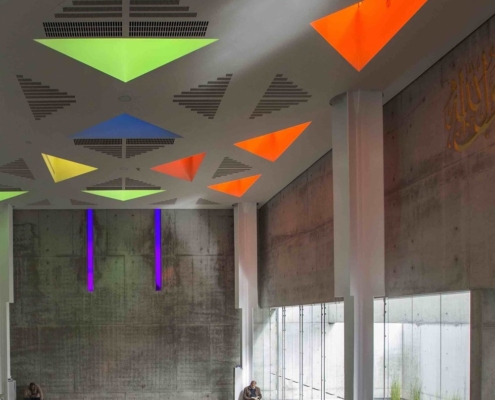 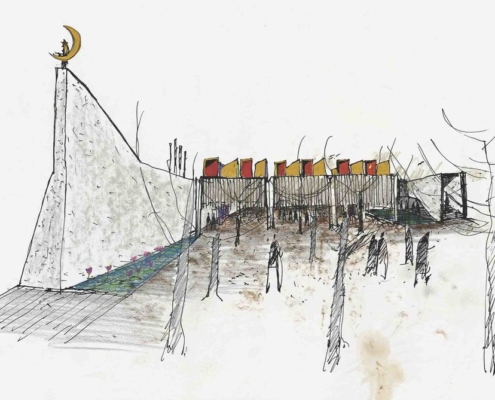 "As perhaps the first truly contemporary Australian mosque, the Australian Islamic Centre in Newport, Melbourne, is an architectural and social marker of a new perception of Islam in Australia. By respectfully recalibrating historical Islamic design conventions for contemporary Australia – a country with a well-established and growing Muslim population – this project heralds a new interpretation of mosques as a future part of our suburbs.

In designing this building, Pritzker Architecture Prize-winning architect Glenn Murcutt has drawn on modernist principles while responding to the project’s community and traditional contexts. The building’s construction, from 2006 to 2018, is as much a story of Murcutt’s architectural capacity as it is of his adeptness at mediating a range of viewpoints. Through the transparency and openness of its formal design, this mosque offers a new look inside walls traditionally closed to outsiders, and thus acts as a form of communication in itself.

A number of questions arose during the design process, particularly those that related to the minaret and the dome. Some community members questioned the proposal to eliminate the minaret on the grounds it is a symbol of the faith. Traditionally it was the place for the calling of prayers but today, in Australia, this was not likely to happen. There are other mosques that eliminated the minaret, so the proposition was not new. A large east-facing ground-floor courtyard and undercover verandah form the mosque’s entrance zone, including different access points for men and women. The expansive verandah offers a generous gathering space reminiscent of traditional mosque sahn courtyards and provides additional space for large congregations, such as those that gather during Eid prayer. To the south, the courtyard and verandah are bordered by a slender water pond and shielded on one side by the expansive minaret wall. Beyond the verandah, glass doors open directly onto the double-height volume of the main prayer hall. A clear line of sight is maintained from outside the mosque right through the prayer hall to the main mihrab, qibla wall, and water gardens.