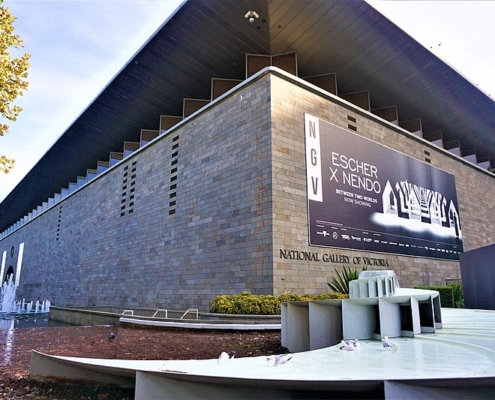 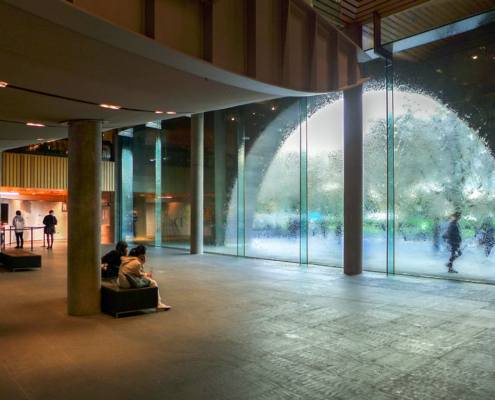 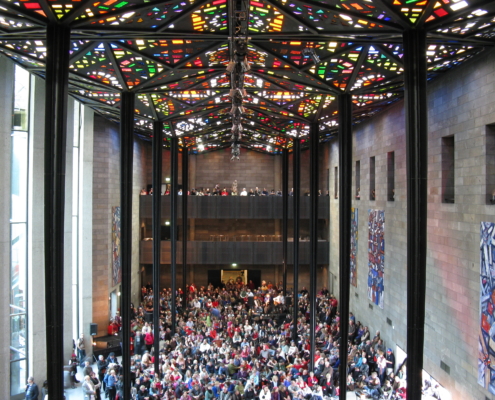 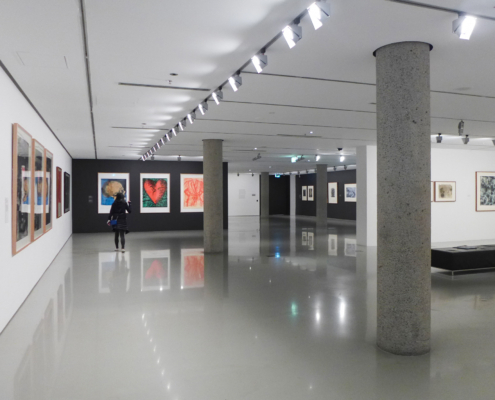 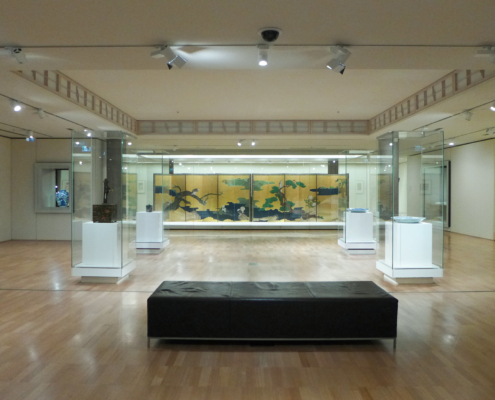 "For Melbourne, a city founded in 1835, the original National Gallery of Victoria building holds the aura of an historical building, constructed in the 1960s under the design of the architect Roy Grounds and characterized by its façades covered in traditional Australian “blue stone”. It is a symbol of the city, protected by the Heritage Victoria--the organization that oversees the historical heritage of the region.

In 1996, Mario Bellini Architects won an international competition to renovate the museum. “The project of transformation – Bellini says – respects the ‘exterior box’ of the building, characterized by the rusty greyish blues of the bluestone, while completely revolutionizing the interior. It is a “bionic” type of intervention – hi-tech in its materials and solutions – that avoids mimicry, making it that much more recognizable and distinct from the “pre-existing”. The result is an intense contrast which is dialectically productive: the new makes no attempt to hide, and by showing itself, dialogues with the old, creating a short circuit that aesthetically stimulating and historically coherent.

The grand central hall is covered by a spectacular glass ceiling, and thus becomes the vital and articulated interface with the city, performing all the informational and relational functions. A network of angled winds, in very light hi-tech materials, partially invades the hall: it is a sort of “genie in the lamp” that distributes visitors to the various floors, and features a café observatory on the mezzanine floor.

The indispensable pre-existing waterfall, so dear to the collective memory of the place, has been reinvented with a large sheet of glass on which the water runs: a magical curtain-screen that reflects and multiplies the light. In the side halls of about 750 square meters each, two big cubes of 20 m x 20 m, slightly rotated to preserve their singularity, double the exhibition space, which is all connected by a balanced network of ramps and walkways that manage the circulation and flows of movement.