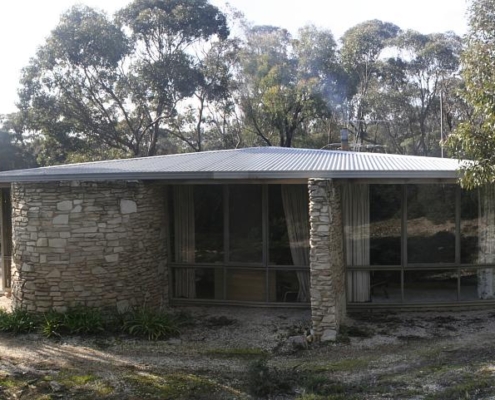 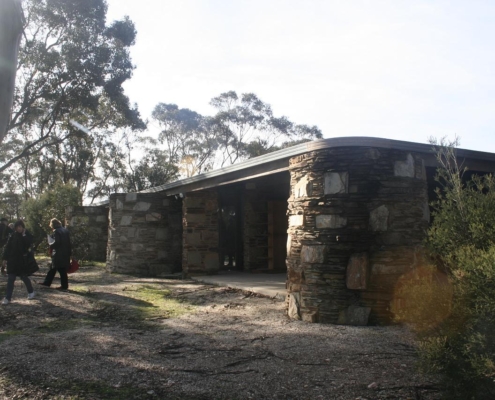 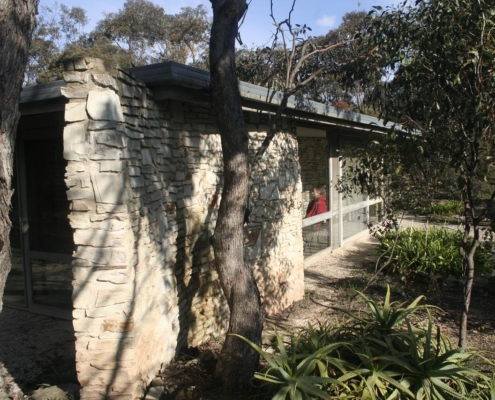 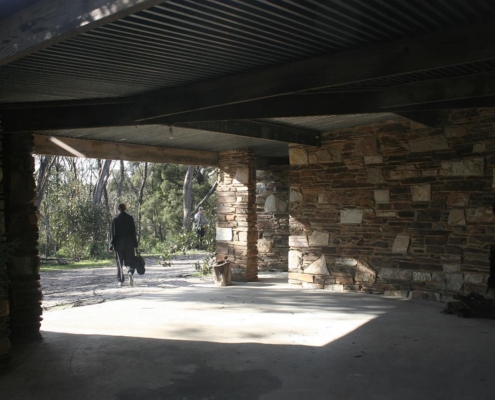 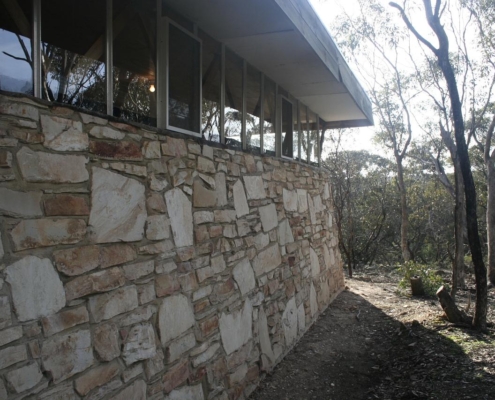 "Michael, a mathematics teacher, and Rosemary Baker commissioned the Boyd Baker House from Robin Boyd preceding their move from the United Kingdom to Australia.

Dr. Baker said, “I constructed the perpendicular bisector between Melbourne University and Point Cook, measured off the maximum commuting distance and traveled out. Long Forest near Bacchus Marsh was the first bit of bush I came to”. Dr Baker saw his half square mile advertised in the Age and bought it the same day for something over $4,000.00.

Michael and Rosemary Baker visited Robin Boyd and gave loose instructions as to what they wanted. They wanted as much space as possible and gave no specifications as to material or character. Eventually, Robin Boyd came up with two schematics. One was two long symmetrical cylinders and the other one was the courtyard plan which was eventually built.