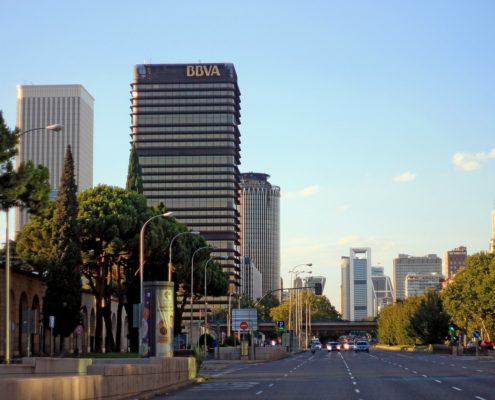 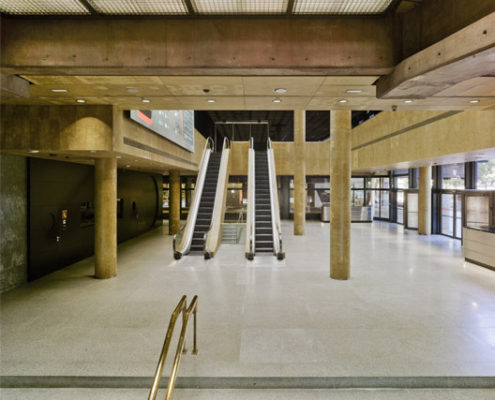 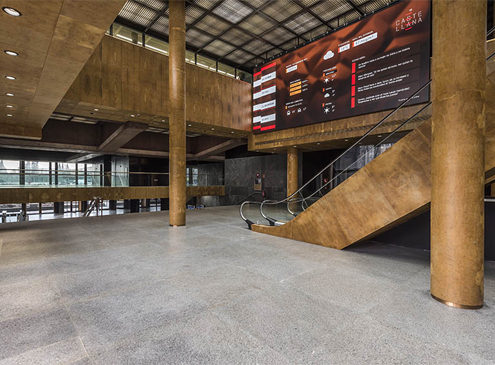 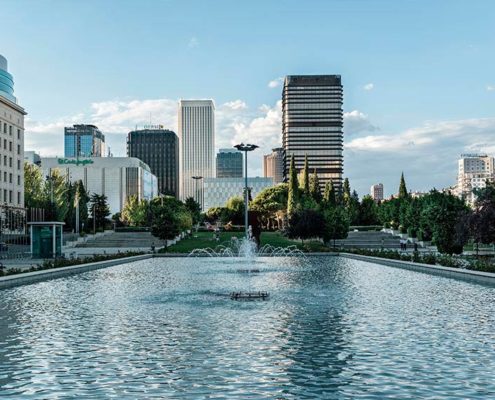 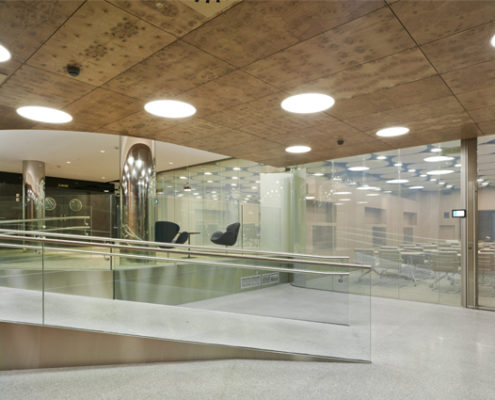 With 107 meters of height, 37 floors and little more than 36 years (the project was built between 1978 and 1981), the current tower, designed by Fco Javier Sáenz de Oiza, was initially known as the tower of Banco Bilbao, through BBV and BBVA. Now, after its sale and a rather respectful remodeling realized by the study of Ruíz Barbarín Arquitectos, happens to be well-known like Castellana 81, is a reference of the architecture of the XX century in Madrid and Spain, the tower rises in one of the Corners of the Castellana, in the block known as AZCA, an area with shopping centers and offices where it was tried to emulate the modernity image of American cities in the 1970s.

The structural solution has two large "cores" of concrete - located on both sides of the train tunnels - through which the loads of the structure are transmitted to the ground and through which the facilities and communications conduits run. The central frame supports six prestressed concrete platforms and each one supports five floors of metal structure, in total 37 plants, including installations plants. Of them, every five plants, depart strong cantilevers and slabs, on which, by means of metallic pillars , The technical plants are raised. This structural arrangement is reflected in its façades, from the outside.

The façade is independent of the structure, and is realized with a curtain wall in "rusty" steel (a material that oxidizes on its outer face, while protecting itself against atmospheric corrosion), the façade is marked with unique maintenance walkways that run all the perimeter of the tower in each one of the levels, this elements characterize the exterior image of the building. The facade is finished with bronze tinted windows, aluminum carpentry that is hidden by the steel plates that are screwed to the profiles (in the current reform even new bronze screws have been made to replace the worn ones).

Information provided in part by: en.castellana81.com