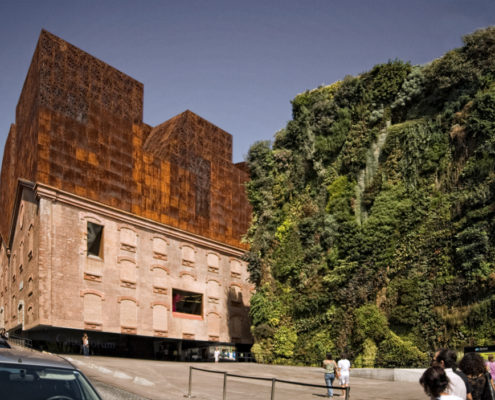 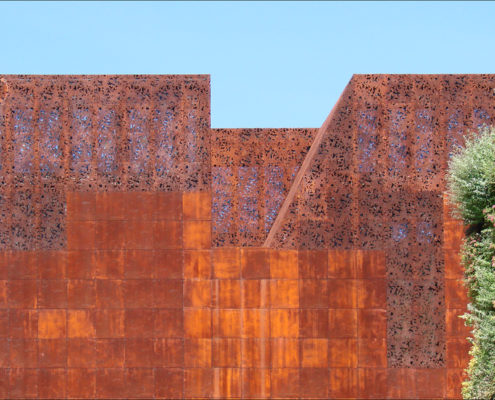 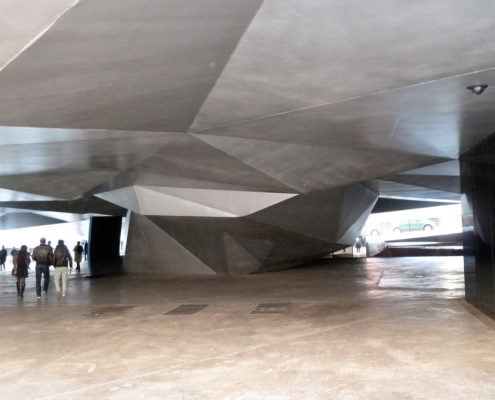 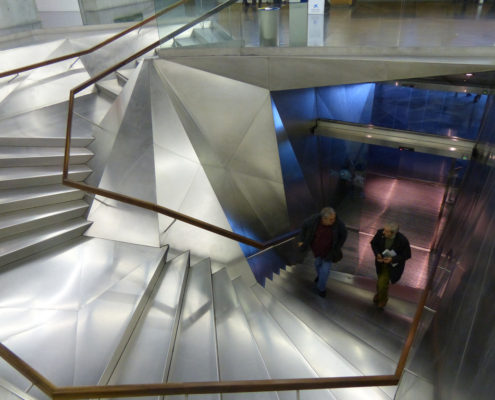 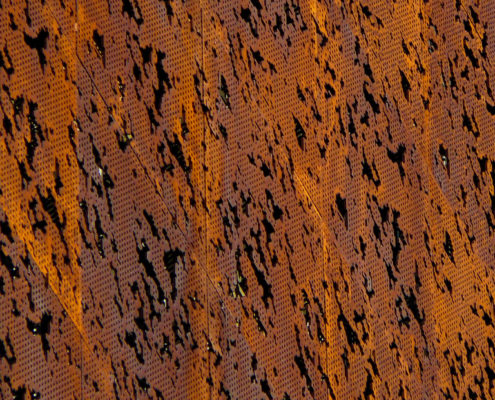 A magnet. The CaixaForum is conceived as an urban magnet attracting not only art-lovers but all people of Madrid and from outside. The attraction will not only be CaixaForum's cultural program, but also the building itself, insofar that its heavy mass, is detached from the ground in apparent defiance of the laws of gravity and, in a real sense, draws the visitors inside.

A new address for the arts. The CaixaForum-Madrid stands on an advantageous site facing the Paseo del Prado and the Botanical Garden vis à vis. This new address for the arts is located in an area occupied until now by unspectacular urban structures, the Central Eléctrica Power Station, and a gas station. The classified brick walls of the former power station are reminiscences of the early industrial age in Madrid, while the gas station, a purely functional structure, was clearly out of place. Like a vineyard that could never develop its full potential because it was planted with the wrong grape, this prominent location could not develop its full potential. The demolition of the gas station created a small plaza between the Paseo del Prado and the new CaixaForum in the converted power station.

A spectacular transformation. The only material of the old power station that we could use was the classified brick shell. In order to conceive and insert the new architectural components of the CaixaForum, we began with a surgical operation, separating and removing the base and the parts of the building no longer needed. This opened a completely novel and spectacular perspective that simultaneously solved a number of problems posed by the site. The removal of the base of the building left a covered plaza under the brick shell, which now appears to float above the street level. This sheltered space under the CaixaForum offers shade to visitors who want to spend time or meet outside, and at the same time, it is the entrance to the Forum itself. Problems such as the narrowness of the surrounding streets, the placement of the main entrance, and the architectural identity of this contemporary art institution are addressed and solved in a single urban and sculptural gesture.

A construction below and a construction above ground. The separation of the structure from the ground level creates two worlds: one below and the other above the ground. The "underworld" buried beneath the topographically landscaped plaza provides space for a theater/auditorium, service rooms, and several parking spaces. The multi-storied building above ground houses the entrance lobby and galleries, a restaurant and administrative offices. There is a contrast between the flexible and loft-like character of the exhibition spaces and the spatial complexity of the top floor with its restaurant / bar and the offices. The surprising sculptural aspect of the CaixaForum's silhouette is no mere architectural fancy, but reflects the roofscape of the surrounding buildings.

Information provided in part by: Herzog and De Meuron