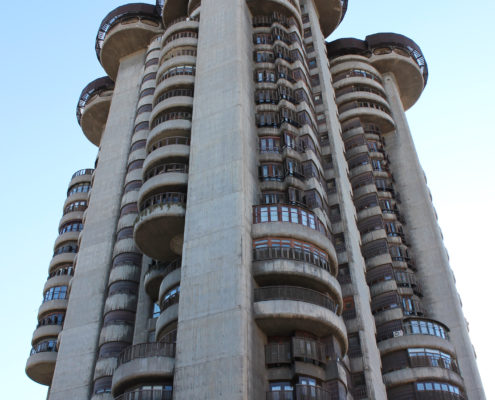 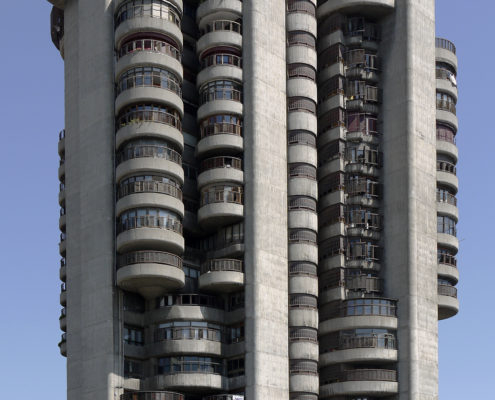 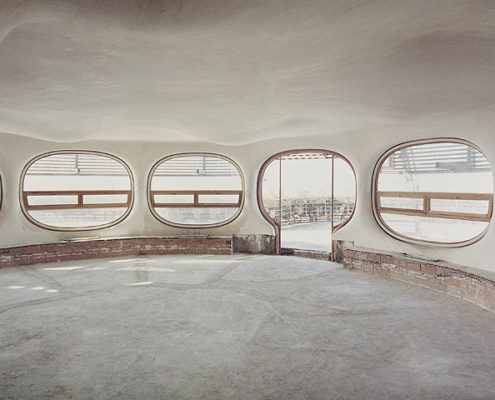 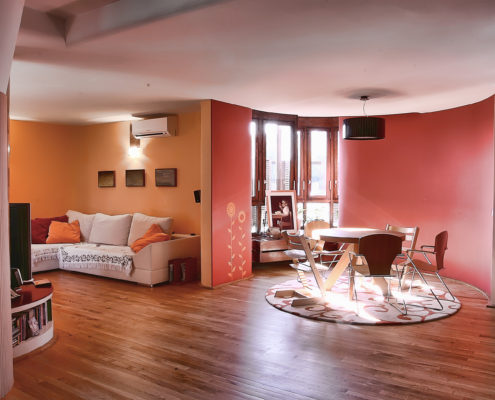 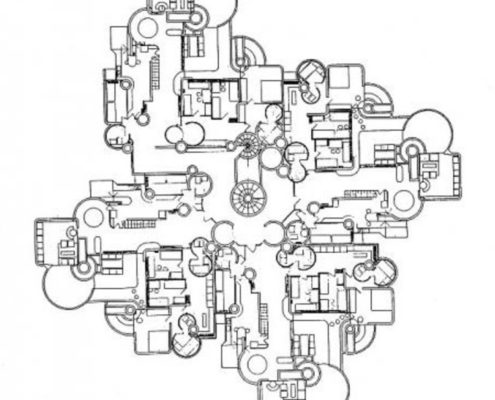 The Torre Blancas is an architectural icon of the Spanish Organicism movement. Designed by Francisco Javier Sáenz de Oiza and completed in 1969, this exposed concrete tower rises 71 meters above the Madrid skyline. It also stands as one the most complicated and innovative reinforced concrete structures of the era, absent of the typical rectilinear qualities associated with cast-in-place concrete. Commissioned by John Huarte, the building was originally slated to be one of two constructed. Sáenz de Oiza and his team, which included Juan Daniel Fullando and Rafael Moneo set about to design a tower that would break the typical conventions of residential architecture. Completed in an era where numerous Brutalist towers were rising up across Europe, this tower approached the high-rise equation from a different angle.

The basic volumes are conceived via cylindrical forms that are further transformed through the superimposition of smaller circular forms. While some of the interior spaces exhibit minimal linear qualities, they are broken up and transformed through the use circular and curvilinear secondary spaces. This language carries out to the balconies, which are semicircular in form and serve to soften the sharp angled intersections of the primary circular volumes. The balconies often jog from side to side as they rise, creating an interesting asymmetrical rhythm of massing and shadow play. The main structural typology of the vertical cylinders is exaggerated at the top, where the twelve forms expand to 10 meters in diameter and cantilever out past the main façade. These volumes house the communal portion of the tower, including a rooftop pool.

Information provided in part by: Archdaily.com