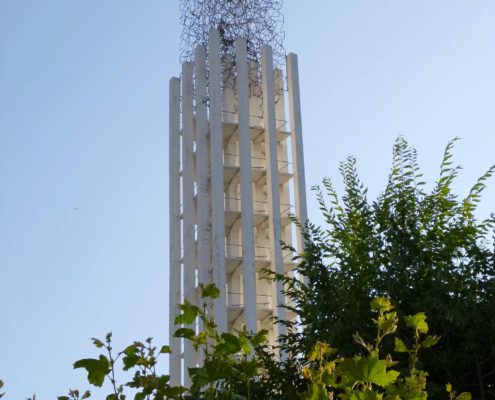 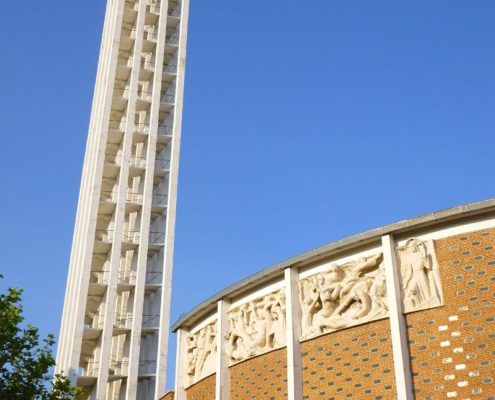 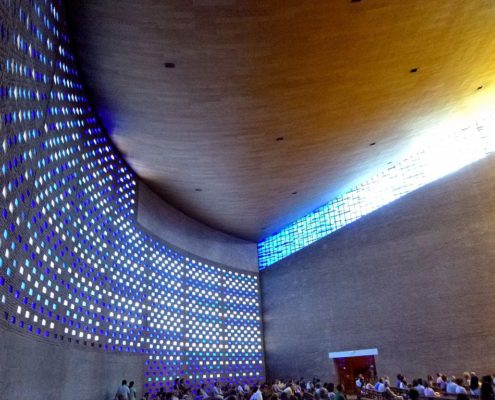 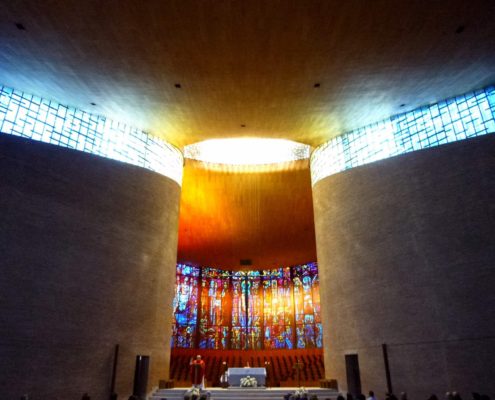 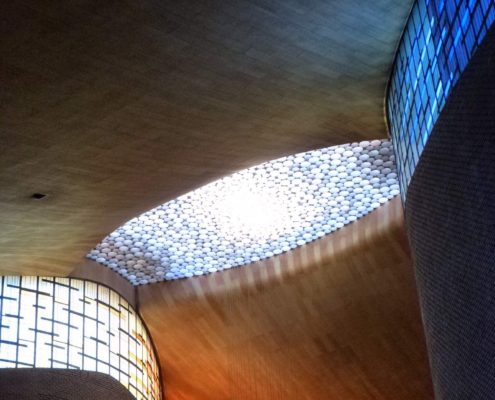 The program of the church for the theologate includes a specific idea of a convent church capable of admitting a choir of two hundred and fifty friars and an area of worshipers with capacity for seven hundred seats. It could be done with a multitude of solutions (Romanesque, Gothic or great magnificence, baroque solutions full of sharpness and ingenuity), that is to say, it could adopt the position of not bringing anything new, the indicated solutions responded to a past truth, but by plagiarizing and expressing them in the current era they would constitute an authentic pastiche.For Miguel Fisac, there was another position that, according to him, perhaps less brilliant but more honorable, consists in not allowing oneself to be carried away by the previous nor to neglect it either. It is necessary to study the problem from its essence and to verify what the current solutions have in our days, in this way we will know what it is necessary to reform or create authentically new.

With these general ideas he thought it necessary to begin by studying the logical grouping of the faithful in the plant. This is a gathering of the faithful of two different categories around the altar. The religious should be placed in a noble situation and the faithful should have a dignified situation. If the religious were placed on both fronts of the altar there was only the possibility of positioning the faithful on both sides of it. In this way, in the lateral parts, the presence for the sacrifice of the Eucharist was a forced position of foreshortening in relation to the Altar. These premises rejected the circular floor solution.Therefore, a hierarchical solution in a hyperbolic way began to be designed, by itself. This form was unique, he himself recognized that it had not been used in any temple, which led him to conclude that it was the really convenient one.Once the plant solution was decided, the ordering in volume was still to be resolved.He had to create a piece of air in which the faithful were attracted to prayer accompanied by a dynamism to a point: the Altar, since the prayer of a Catholic is not individual and independent, but collective, of Communion.The dynamism, in this case, has a double direction found towards the altar. On the one hand the sector corresponding to the choir, and on the other the area of the faithful.To achieve this he made use of light and color. The light, with a powerful zenithal illumination on the altar, through a latticework of metallic tubes that direct the natural light, as far as the color found it locating side windows that distinguished two different environments: the one of the faithful, with blue tones, that give place cold environments that gradually goes to the golden tones to fuse with the overhead light, natural, above the altar, and then continues with a range of reds that surround the choir area, attached to the window with memories and symbolism of martyrdom of Saint Peter of Verona to remember the choir of Dominicans.

Information provided in part by: http://parroquiasanpedromartir.dominicos.org