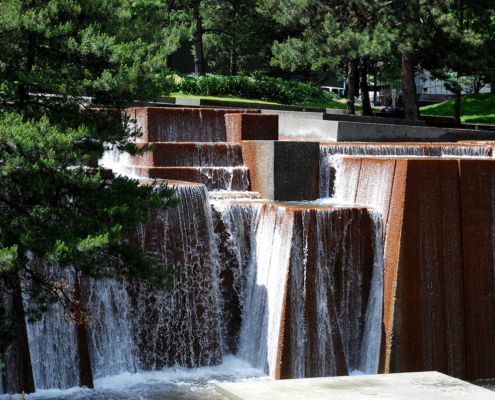 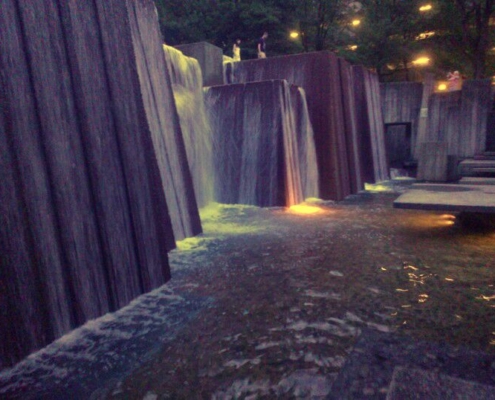 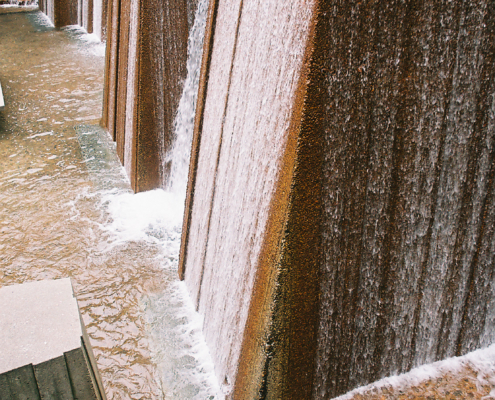 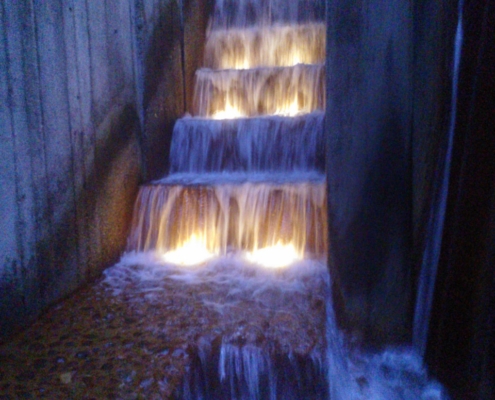 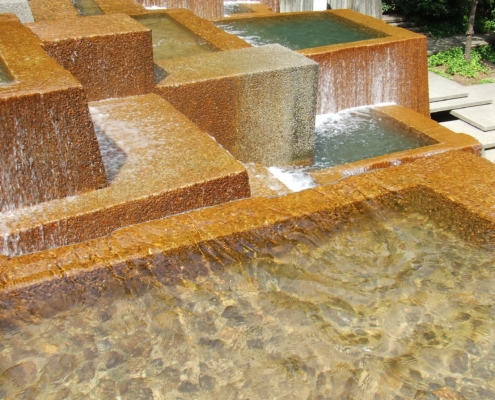 Even before remodeling of the Civic Auditorium began in the early 1960s, plans to create an open space across the street were being proposed. The proposal submitted by Lawrence Halprin, the well-known San Franciscan landscape architect who had designed the Lovejoy Fountain a few years earlier, was unanimously approved in 1968. Designed by Angela Danadjieva, the Forecourt Fountain was completed in 1970. 13,000 gallons of water per minute cascade through its terraces and platforms, suggesting the Northwest's abundant waterfalls. The concrete fountain became an instant city landmark and an internationally acclaimed open space. In 1978, the fountain was renamed after Ira C. Keller (1899-1978), civic leader and first chairman of the Portland Development Commission (1958-72). Keller pushed through the renewal plan for the South Auditorium area of downtown which included the construction of the Forecourt Fountain. It has been said that "it was Keller's enormous energy that made urban renewal work in Portland."

Information provided in part by: City of Portland