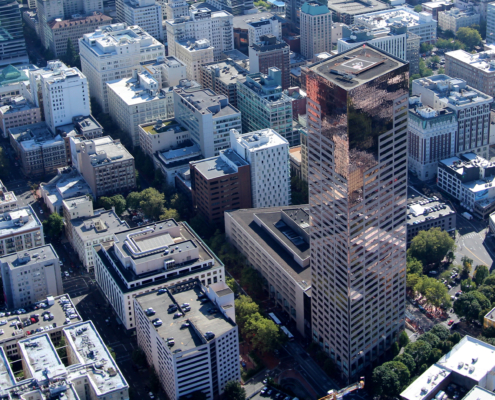 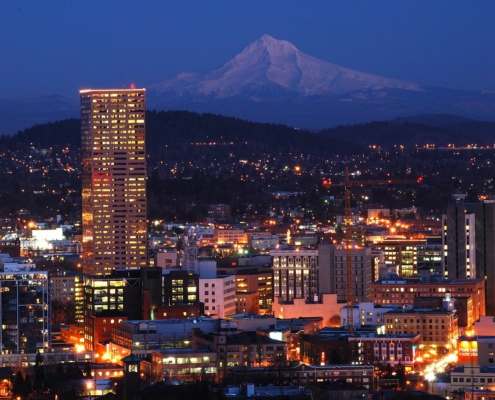 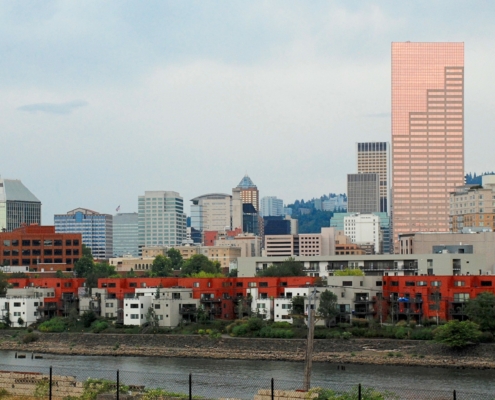 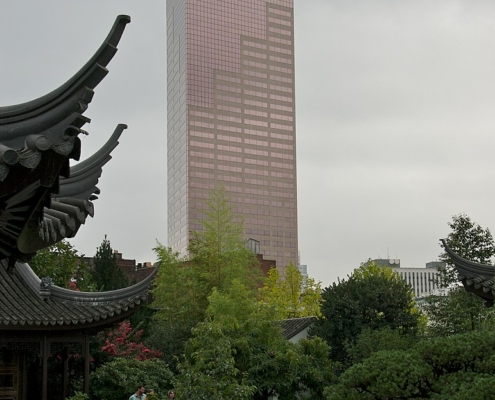 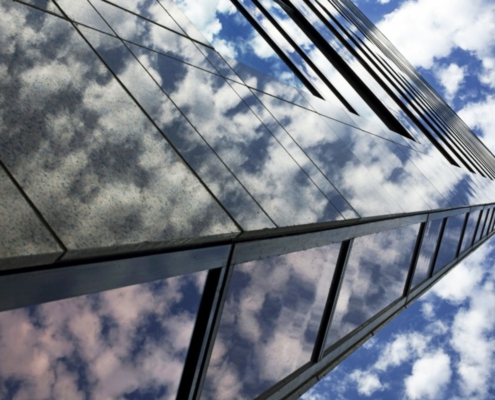 The U.S. Bancorp Tower is a 42-story, 163.38 m skyscraper in Portland, Oregon. It is the second tallest building in the city after Wells Fargo Center, and with its nearly 69000 m2 office space, it's the largest in Oregon in terms of volume. Designed by Skidmore, Owings and Merrill (SOM) with Pietro Belluschi as the consultant, the tower cost $60 million to construct. Ground was broken on May 29, 1981, and the building was largely completed in June 1983. It was dedicated on December 1, 1983.

The tower adjoins U.S. Bank Plaza at 555 SW Oak Street, a 7-story, 497800 sqft building constructed in 1974. A tower expected to rise about 37 stories was already part of the bank's long-term site plans at that earlier date, but that phase of the plans ended up being delayed until the 1980s. Originally, the building served as the national headquarters of U.S. Bancorp, and was the regional headquarters of that organization until a 1997 merger moved the corporate offices to Minneapolis, Minnesota. As of 2004, U.S. Bancorp had 480000sqft leased until 2015."

Information provided in part by: Inspirock