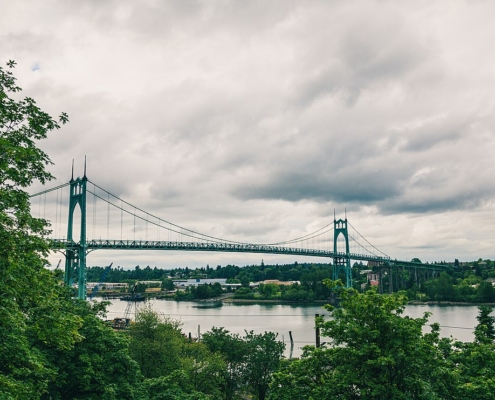 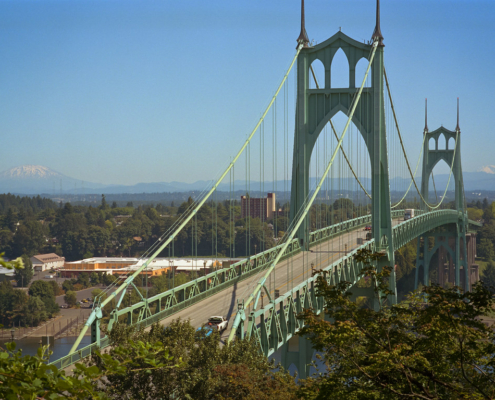 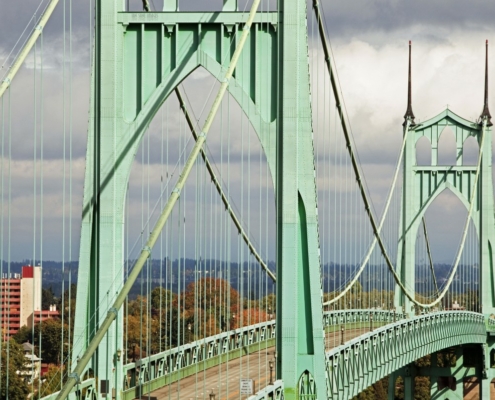 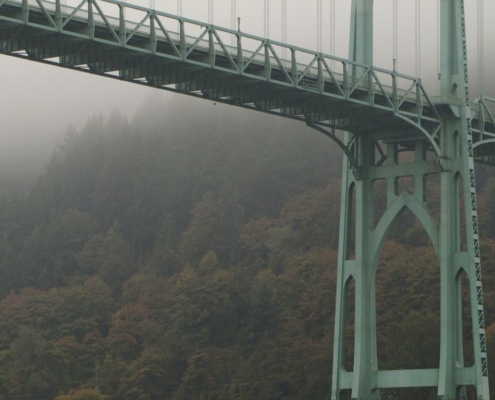 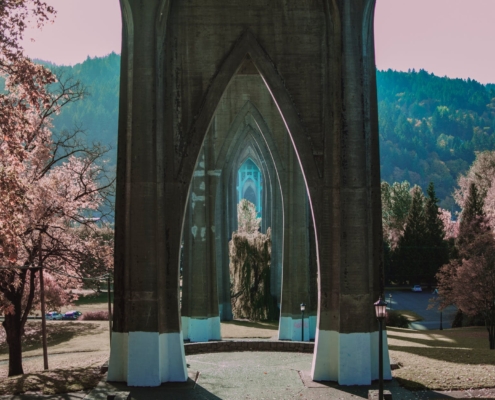 This iconic bridge is one of the most famous bridges in Oregon because of its incredible beauty and historic significance. It was designed by Robinson and Steinman. David Steinman was one of the most famous bridge engineers of the 20th Century and he specialized in design of suspension bridges. Arguably one of the most beautiful bridges in the country, this bridge embodies the pinnacle of bridge aesthetics. Its beauty is solely derived from creating structural bridge elements that are themselves beautiful rather than adding superficial decorations to an ugly bridge structure. For example, the distinctive gothic arches in the piers and steel suspension towers of this bridge are attractive, but they also function as part of the actual structure and contribute to the strength and stability of the bridge. The concrete anchorages on this bridge are magnificent works of art... the only other anchorages that come to mind with a similar level of aesthetics are those for the Benjamin Franklin Bridge. The concrete foundations for the main suspension towers are also rather elaborate in architectural detailing.

The concept of making the actual bridge structure beautiful is rarely seen in modern bridge construction today, which has returned to the less sophisticated and less attractive concept of adding superficial decorations to bridge structures that are typically uglier than any bridge every built in the history of humanity. Moreover, adding these superficial decorations to modern bridges is only occasionally done and is given a special term called "context sensitive design" which is the polite way of saying "put pretty little decorations on our hideously ugly bridge." This modern practice only makes bridges like the St. Johns Bridge stand out as increasingly rare and significant. David Steinman was known for suggesting the paint color that would look best on the bridges he designed. He did this for his Mackinac Bridge and also for the St. Johns Bridge. When the paint color of the bridge was being chosen, safety advocates wanted the tall bridge to be painted in stripes of bright yellow and black for airplanes. Steinman had a very sensible view on bridge paint color. He disliked the black and grey paint that was typical for bridges. He was quoted as saying he wanted "to get away from these sad, somber, cold colors and into something warm and bright to harmonize with and be apart of the landscape.""