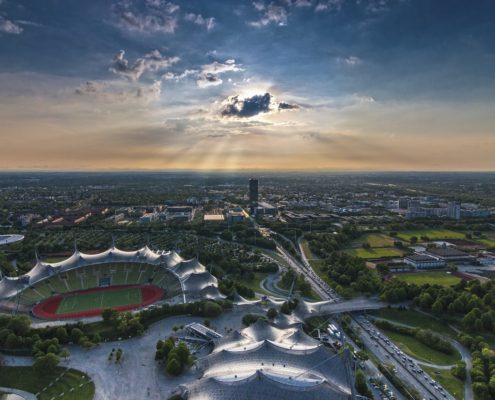 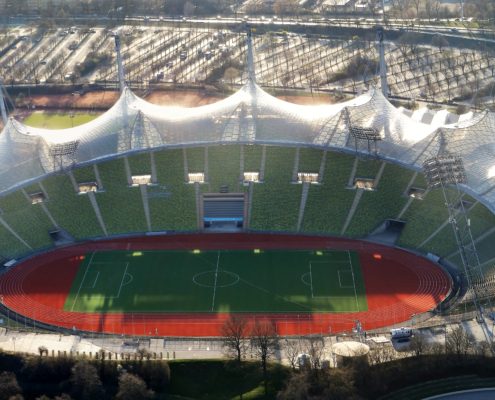 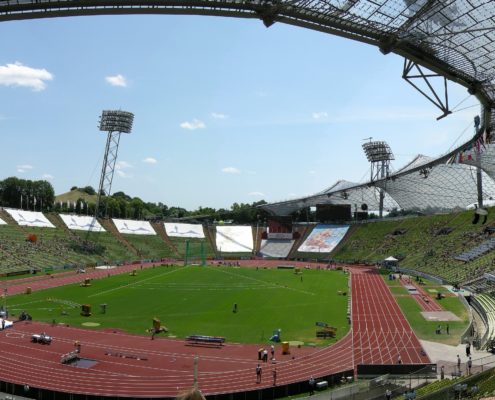 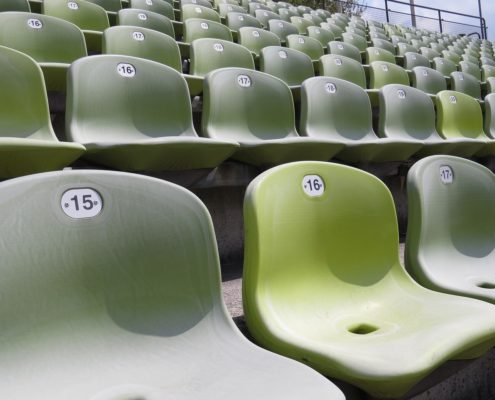 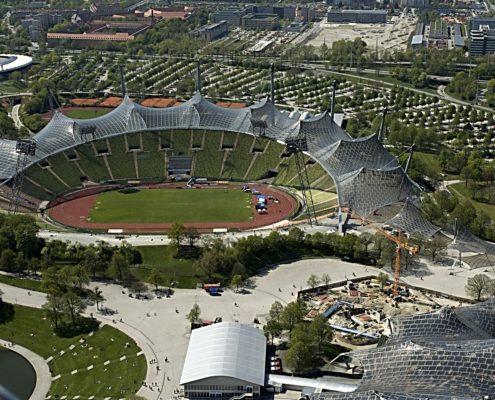 With peaks and valleys echoing the nearby Alps, the vast canopy of the Munich Olympic Stadium has been a locallandmark since the opening of the 1972 Olympics for which it was designed. Intended to present a new face for post-war Germany, the stadium—strikingly Modernist in character—was meant to stand in harmony with its surroundings. Despite these modest intentions, however, controversy surrounded the project from its outset, which centered on skyrocketing costs, the erosion of local heritage, and the grim specter of the country’s ownrecent past.

The decision to hold the 1972 Summer Olympic Games in Munich held considerable political significance for the republic of West Germany. The international spectacle of the Games was one of the nation’s best chances to build a new image for itself.. The fact that the 1936 Olympics at Berlin had been a showcase for the Nazi regime gave the organizers of the Munich games even greater impetus to demonstrate that Germany had consigned that particular era to the past. As a result, and in contrast to the monumental facilities at Berlin, the Olympic site at Munich was to be more modest and subdued.[1]

It was this spirit which characterized the scheme by Behnisch and Partners (B+P), the Stuttgart firm which prevailed in the contest to design the facilities for the Olympics. Seeking to avoid the inherent monumentality of individual structures, their proposal was to gather the various venues and accessory functions close enough together to be united by a common structural element. The concept for the stadium itself was derived from the ‘earth stadiums’ commonly built in Eastern Europe since the end of the First World War: taking advantage of the existing topography, space for the field and seating for 90,000 spectators would be carved out of the ground instead of built above it. It was as much a symbolic choice as a practical one, as a stadium set into the earth would not present visitors with an imposing edifice, but blend more subtly into the ideal Bavarian landscape being created on the rest of the site.

Information provided in part by: ArchDaily.com