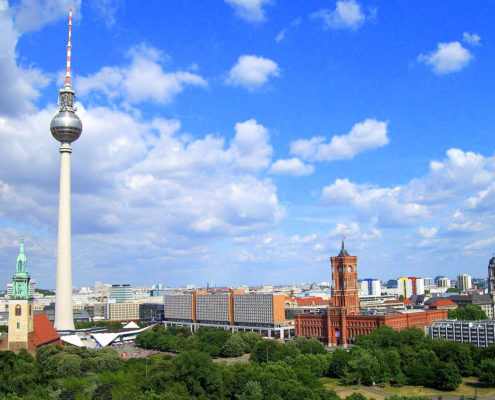 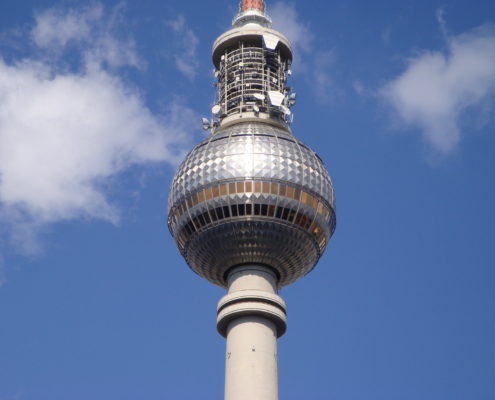 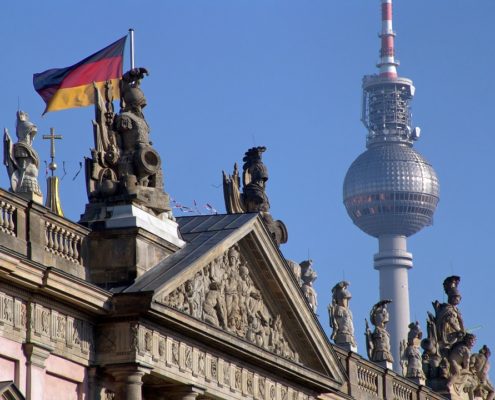 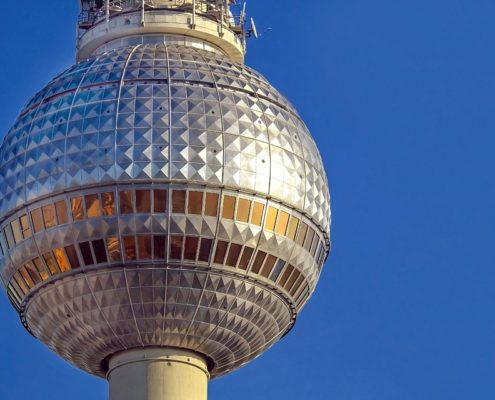 Whoever sees the tower from a distance, just like anyone who enters it, will quickly be reminded of the sixties. The fascination with technology and space travel are noticeable in the architecture; the cross-section of the TV tower resembles a space rocket.

The original design of the slender, upward-thrusting tower stem was created by the architect Hermann Henselmann. The sphere of the TV tower was intended as a reminiscence of the Soviet Sputnik satellite. The planning department of ‘VEB Industrieprojektierung’ Fritz Dieter and Günter Franke revised the design, not least to facilitate the construction of the tower. Even the then president of the architectural academy, Gerhard Kosel, developed ideas for the styling – and suggested, among other things, gold for the colour of the sphere.

The tower was constructed employing the so-called climbing formwork building method. The internal steel framework always grows somewhat faster than the outer concrete shaft which is erected around the steel framework. The tower shaft tapers from 16 metres in diameter, to 9 metres and is divided into five stages by mezzanine floors. They are easy to identify from the outside at the portholes.

The installation of the sphere at a height of 200 metres presented the engineers with a real quandary. Finally they decided on a single-shell construction. First the supporting steel framework of the sphere was prefabricated on the ground. The segments were raised up with cranes and were attached to the circular platform, which formed the completion of the concrete shaft. Then the sphere was suspended on the supporting tie rods, which enhanced the impression for the observer, that the sphere appears to float.

Information provided in part by: http://architectuul.com