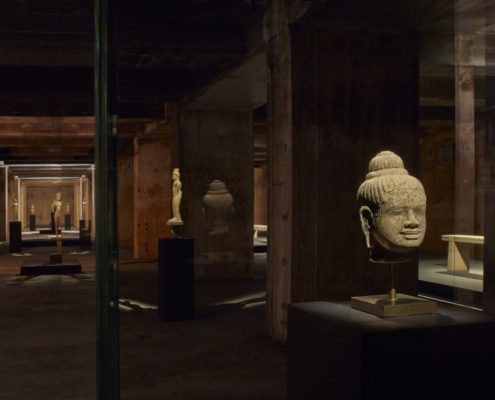 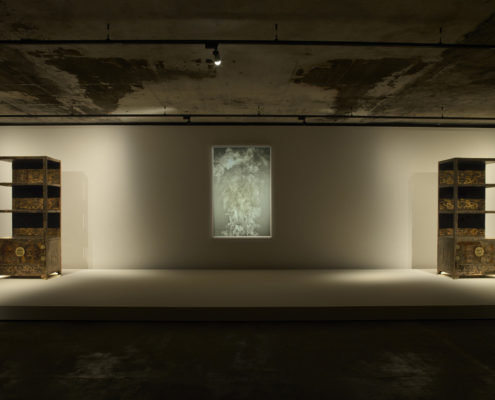 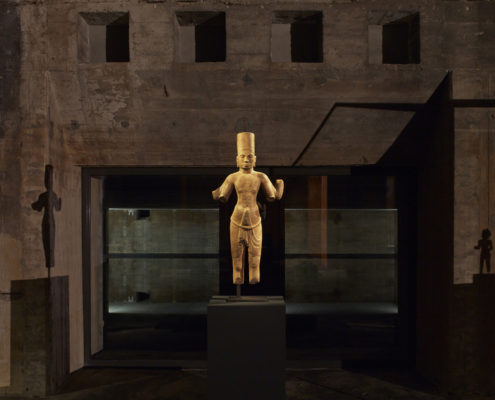 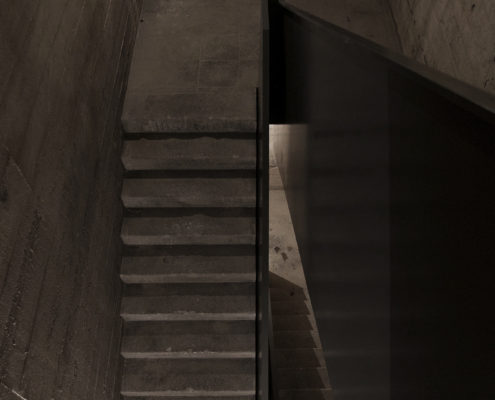 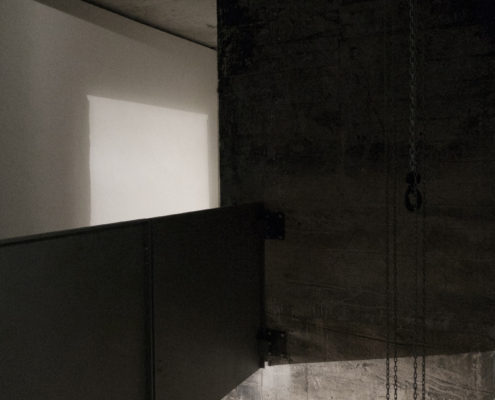 The subject of this project is a pair of former telecommunications bunkers dating from the period 1942–44, located in Berlin’s Kreuzberg district, next to the canal. Fabricated from in situ shuttered concrete, with 2-metre thick walls, ceiling thicknesses of 3.37 metres and 1.6 metre wide columns, the bunkers are connected at basement level, while their roofs are populated with lines of larger and small vents, protected by massive concrete slabs. Square in plan, these vents remain key elements of the architecture’s identity.

Intervention has been purposefully kept to a minimum, respectful always of the ways in which nature, man and the passage of time have made their marks on the fabric of the buildings. Rather than grand gestures, the focus of the effort has fallen on the subtle calibration of key thresholds, on the spatial narrative through the galleries, on the quality of the light and on specific, quietly charged sensory encounters — with the flooded lake room and with the enclosed space dedicated to the 1000-year-old imperial ritual of incense burning.