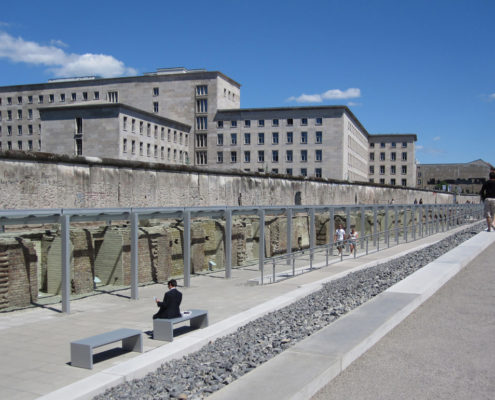 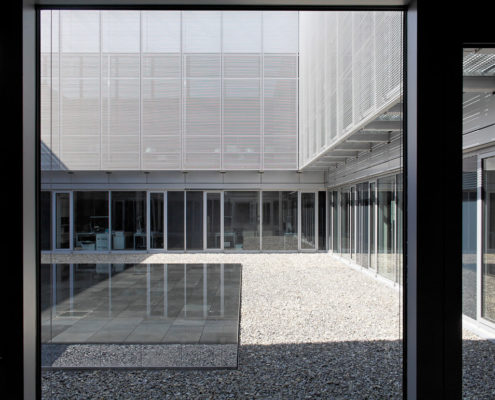 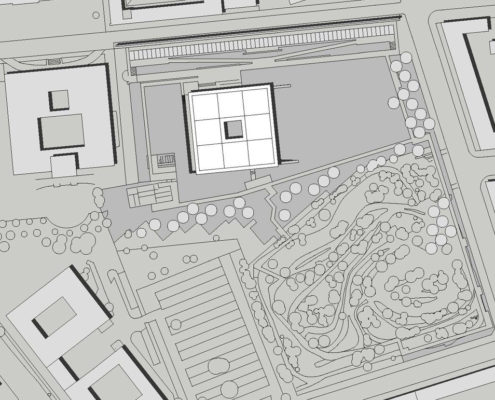 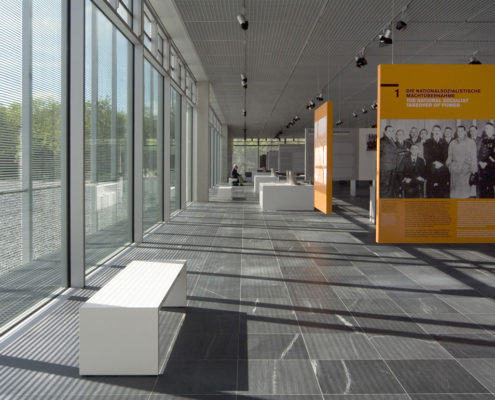 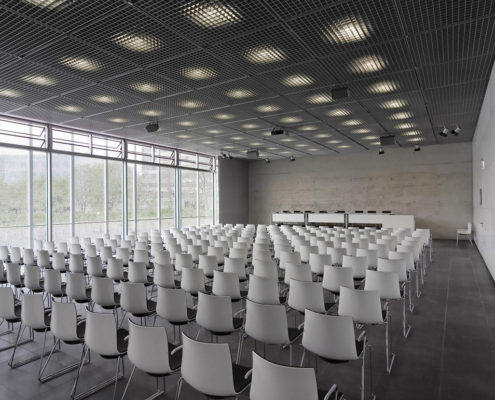 In 2006 the competition for the Topography of Terror was won by the architect Ursula Wilms and the urban planner Heinz Hallmann. In some ways, it integrated the project of Peter Zumthor, which won the first competition in 1993, but was stopped after eleven years because of technical and financial problems (funding and risky cost explosion). They share the concrete parallel barrels/towers as walls of the structure, its general squared, very regular form, the semi-visibility from the outside and from the inside and the use of glass.But, in the end, the result is something totally different, no more than the context in which the Documentation Center emerges.The Topographie des Terrors is shorter, slighter and more delicate than the Zumthor’s project.

The relation between the architecture of the building and its contents is easy to see: it’s transparent, there are virtual links and correspondences between the outside and the inner space, there are no grand urban planning gestures, no obvious symbolism and no pretentious museum character. Indeed, the aim is not to be a “memorial” site (like the Berlin Jewish Museum or the Memorial to the Murdered Jews of Europe), it is rather a place of scholarly and educational work and information.

The Documentation Center and the library as ensemble, a clear cube with a delicate metallic façade, allow the full expressiveness of the historic site itself: desolation and the disruption to the familiar are shown. The site presents itself as an “open wound” in the heart of the city and in Germany, and the building has neither to reshape nor to dominate the site: that’s why the Jury liked the Wilms and Hallmann’s idea, which contains an intervention of the design into the landscape, where “relics and cells are suitably emphasized and integrated into the network of paths” (comments of the Jury in January 2006 in occasion of the announcement of the competition winner).

Try to solve the new Formula Cube! It works exactly like a Rubik's Cube but it is only $2, from China. Learn to solve it with the tutorial on rubiksplace.com or use the solver to calculate the solution in a few steps. (Please subscribe for a membership to stop adding promotional messages to the documents)

Information provided in part by: berlinperspectivesonarchitecture.com

Gallery am Kupfergraben Scroll to top