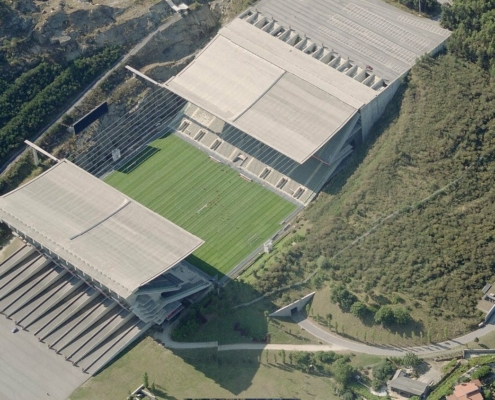 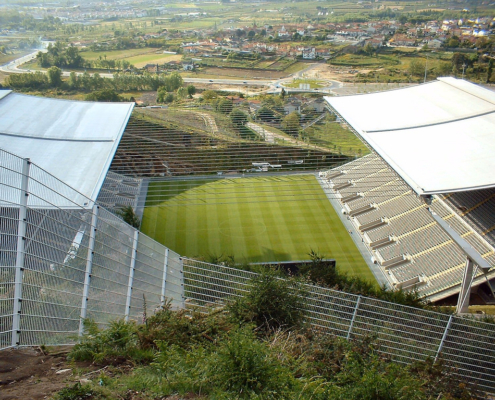 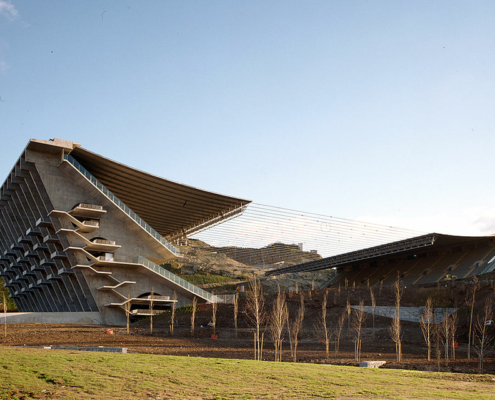 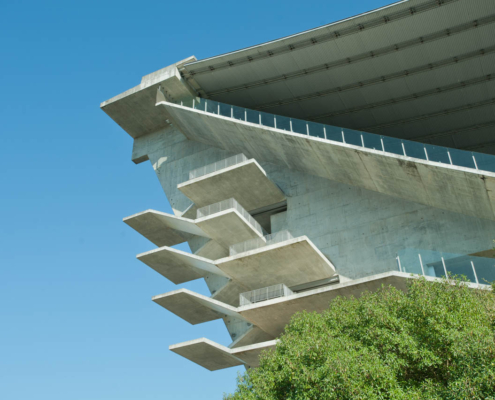 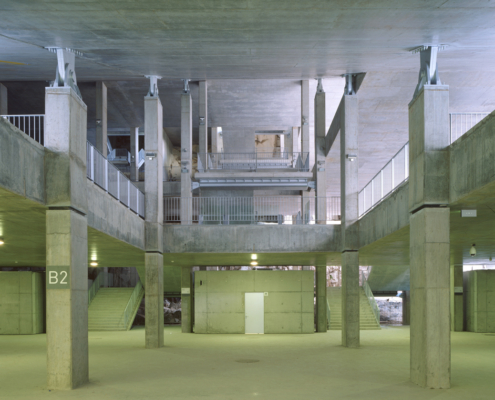 The home for the Sporting Clube de Braga this stadium carves into the face of the adjacent Monte Castro quarry which overlooks the city of Braga. Braga Municipal Stadium is one with the landscape around it, as it stands on the site of a former quarry on the slopes of Mt. Castro. This is the first architecturally significant project to be built in a former quarry area in a part of the country abounding in granite. Inspired by ancient South American Inca bridges the steel strings provide a visual connection to each stand on either side of the field. Each stand is covered by a canopy-style roof. The Braga Municipal Stadium received the Chicago Athenaeum International Architecture Award for best new global design in 2006.

Information provided in part by: ArchDaily and ArchiTravel