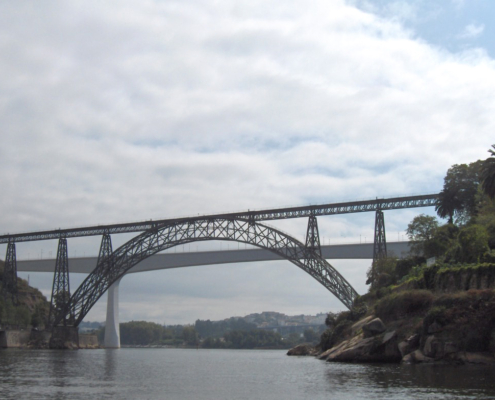 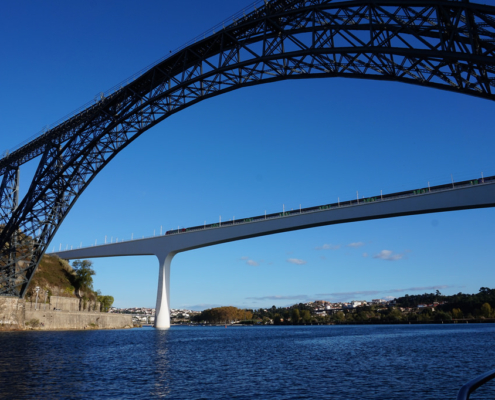 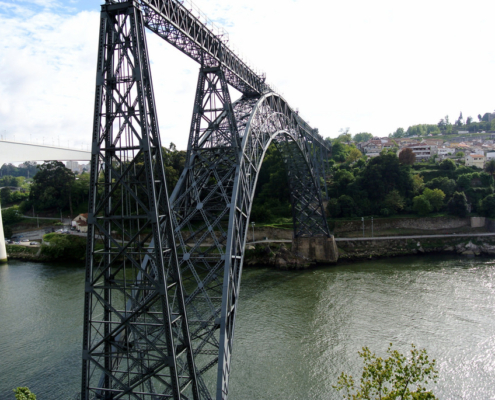 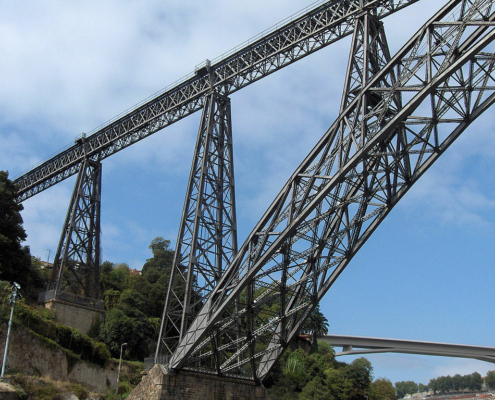 "The Maria Pia Bridge is a railway bridge built in 1877, designed by Gustave Eiffel, situated over the Portuguese northern municipalities of Porto and Vila Nova de Gaia. At the time of its construction, it was the longest single-arch span in the world; today, it is no longer used for rail transport and was replaced by a modern structure in 1991. The structure consists of a deck 354.375 m long, supported by two piers on one side of the river and three on the other, with a central arch with a span of 160 m and a rise of 42.6 m (140 ft). It is supported on three pillars in Vila Nova da Gaia and by two pillars in Porto. Another innovation was the method of construction used for the central arch. The arch was built out from the abutments on either side, their weight being supported by steel cables attached to the top of the piers supporting the deck. The same method was also used to build the decking, temporary tower structures being built above deck level to support the cables. "