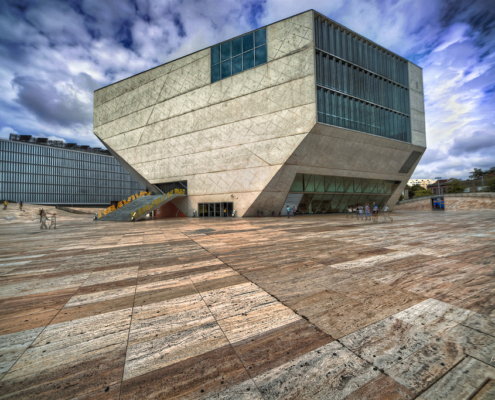 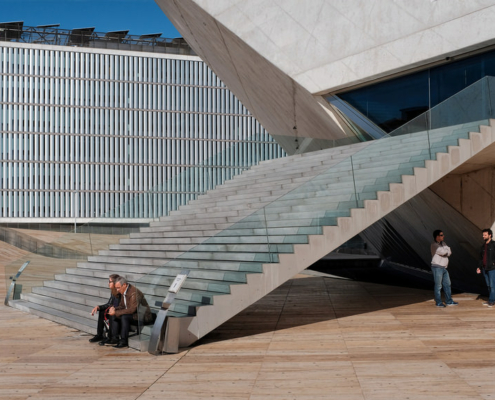 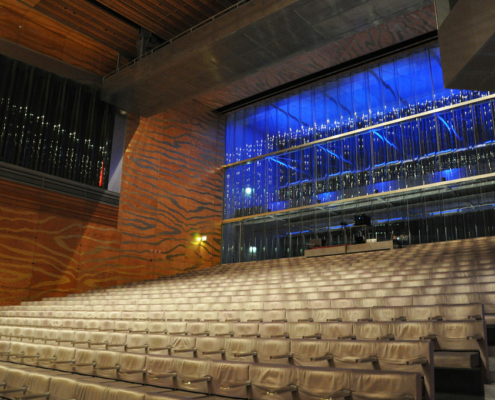 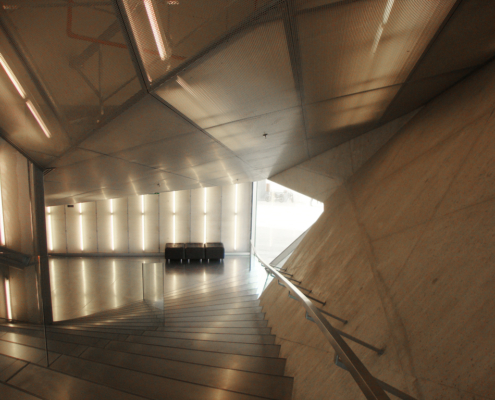 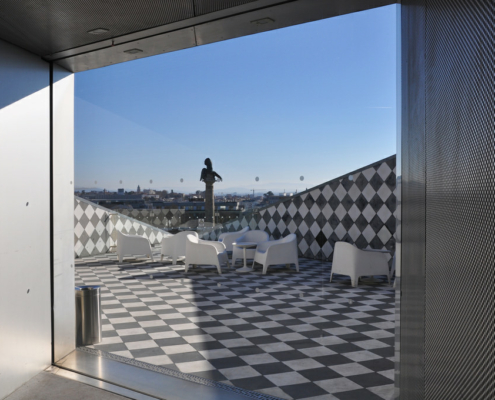 Casa da Musica attempts to reinvigorate the traditional concert hall in another way: by redefining the relationship between the hallowed interior and the general public outside. The Casa da Musica, the new home of the National Orchestra of Porto, stands on a new public square in the historic Rotunda da Boavista. It has a distinctive faceted form, made of white concrete, which remains solid and believable in an age of too many icons. Inside, the elevated Grand Auditorium has corrugated glass facades at either end that open the hall to the city and offer Porto itself as a dramatic backdrop for performances. Casa da Musica reveals its contents without being didactic; at the same time, it casts the city in a new light.

Information provided in part by: ArchDaily provided by OMA