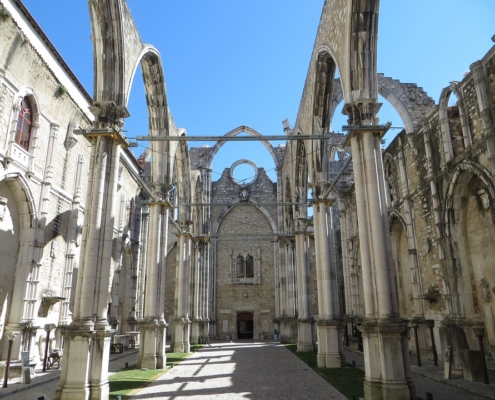 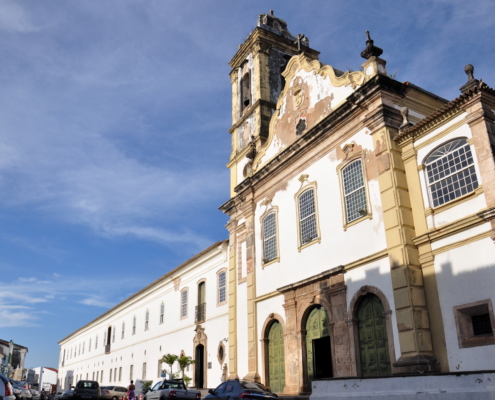 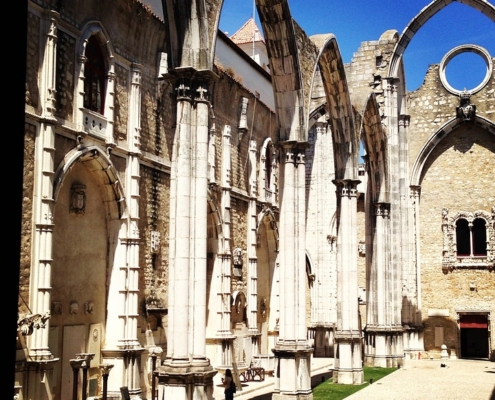 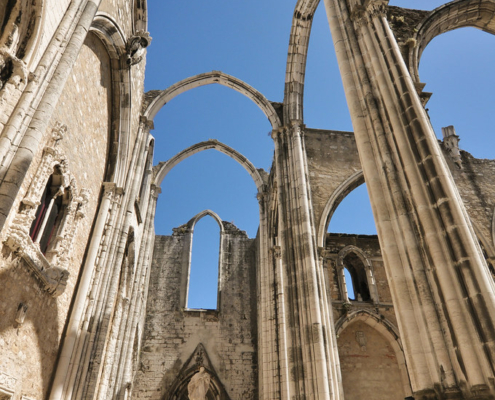 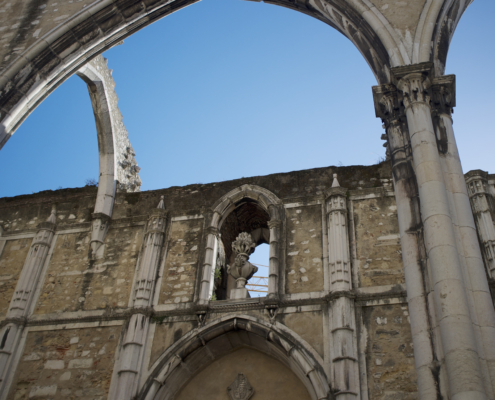 Soaring over the Rossio square, on a hill opposite the São Jorge Castle, Convento do Carmo is a convent-turned-museum that shelters an eclectic collection of archeological treasures. The church was founded in 1389, and later destroyed by the 1755 earthquake. A Neogothic intervention during the reign of Queen Dona Maria I, in the 19th century, left exposed the beautiful arches, according to the taste for decay of the Romanticism movement of the time. Though fake, the ruins are evidence of the destruction of the earthquake. In 1836, the Carmo military headquarter was installed in the habitable part of the church. It was the last stronghold of the President of Estado Novo, Marcelo Caetano, during the Carnation Revolution in 1974. Established in 1864 on the ruins of the Convent, the Museu do Carmo was the first Portuguese archeological museum. It collects objects from the Roman Empire until the 19th century, with numerous stone sculptures, including funerary, devotional and ornamental examples. At the entrance, there are the statues of two Lusitanian Warriors, dating from the 1st century AD. Pre- and protohistoric artifacts are also of particular importance, as well as pre-Columbian ceramics and statuettes, two 16th century Peruvian mummies, and 18th century azulejo panels (hand-painted tiles). At the side of Carmo Convent, the recently inaugurated Terraços do Carmo connect the two levels – the Convent on the hill and Rua Garret beneath it – and include a viewpoint and a suspended garden designed by the Portuguese architect Siza Vieira.

Praça do Comércio Scroll to top