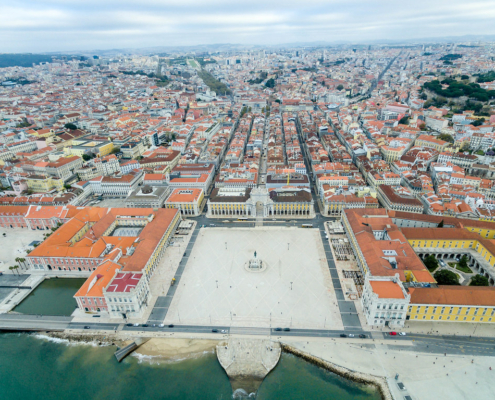 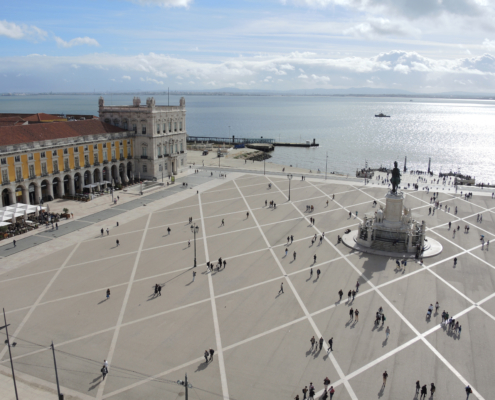 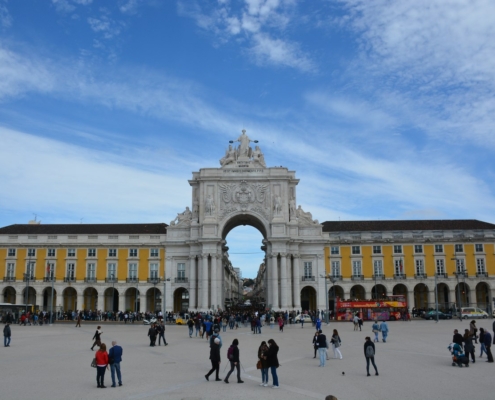 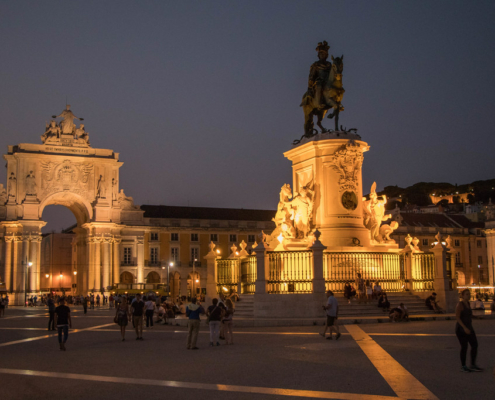 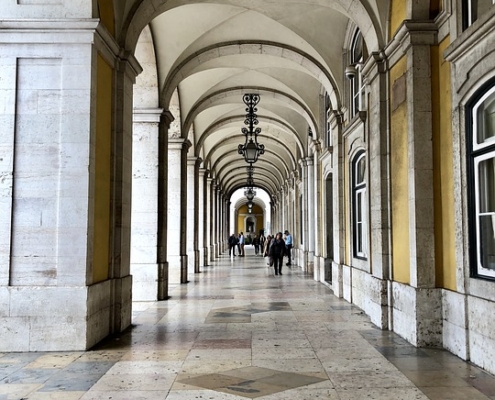 This is one of the most beautiful squares in all Europe, opening southwards onto the huge Tagus estuary. Until the era of mass aviation, this was Lisbon´s great reception hall for visitors arriving by sea even better able to enjoy its beauty from their vantage points on slowly docking vessels. It was at the dock here that the Kings and Heads of State would disembark when visiting Portugal. Prior to the 1755 earthquake, it was called the Terreiro do Paço (Royal Yard). The Royal Palace had been sited on the western side of the square since the 16th century when king Manuel transferred the court down from the Castle of São Jorge (St. George). Everything was destroyed by the earthquake. The name Praça do Comércio (Commercial Square) belongs to the Pombal era and represents the new social order that the minister to king José I wanted to favour and promote: the trading, financial and bourgeois classes that had contributed so much to rebuilding the city. In the geometric centre of the Square, and facing the river, there is a statue of José I, mounted on his horse Gentil, the work of sculptor Machado de Castro. On a pedestal by the riverside, there is a likeness of Pombal ( raised onto the royal shield. The sculpted figures on either side represent Triumph, with a horse, and Fame, with an elephant, in a clear allusion to Portugal´s overseas possessions. On the rear side of the pedestal, in low relief, there is an allegoric representation of royal generosity towards a city in ruins with Commerce opening up a chest full of money that is placed at the disposition of this royal generosity. Underneath the northern arcade, right by the entrance to Rua do Ouro, make sure you stick your head into the Martinho da Arcada café-restaurant. This is a reference for the city and a most cultured destination. Before heading up Rua Augusta, which leads onto Rossio, take a moment to look at the Triumphal Arch which overlooks the thoroughfare.