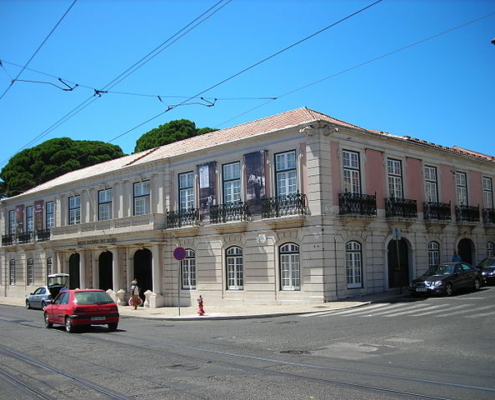 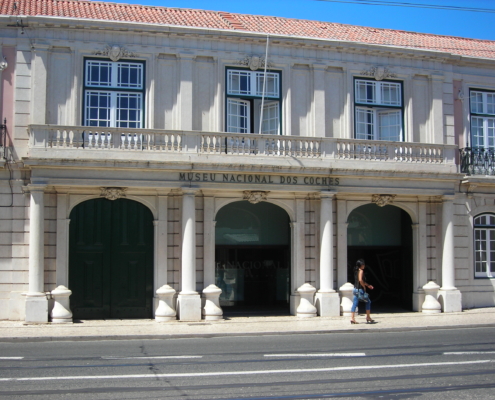 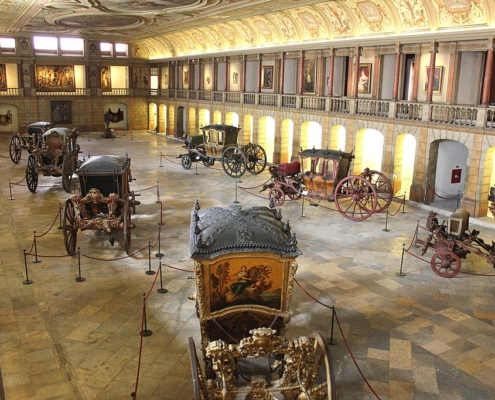 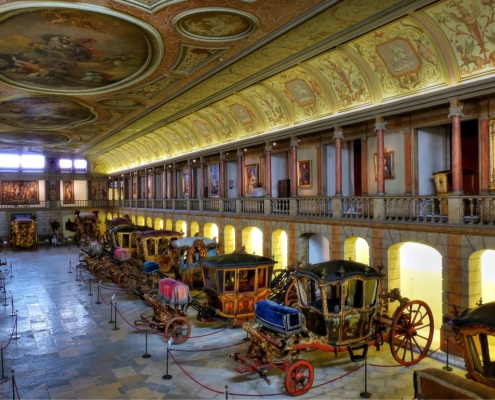 The museum is housed in the Royal Riding Hall of Belém, the former home of the Portuguese School of Equestrian Art. It is part of the larger Belém Palace complex, formerly a Royal Palace which is now the official residence of the President of Portugal. The Horse Riding Area was built after 1787 following the Neoclassical design of Italian architect Giacomo Azzolini. Several Portuguese artists decorated the interior of the building with paintings and tile (azulejo) panels. The inner arena is 50 m long and 17 m wide, and was used for training horses and for horse riding exhibitions and games, which could be watched from its balconies by the Portuguese royal family. The museum was created in 1905 by Queen Amélia to house an extensive collection of carriages belonging to the Portuguese royal family and nobility. The collection gives a full picture of the development of carriages from the late 16th through the 19th centuries, with carriages made in Italy, Portugal, France, Spain, Austria and England. There are several pompous Baroque 18th century carriages decorated with paintings and exuberant gilt woodwork, the most impressive of these being a ceremonial coach given by Pope Clement XI to King John V in 1715, and the three coaches of the Portuguese ambassador to Pope Clement XI, built in Rome in 1716.