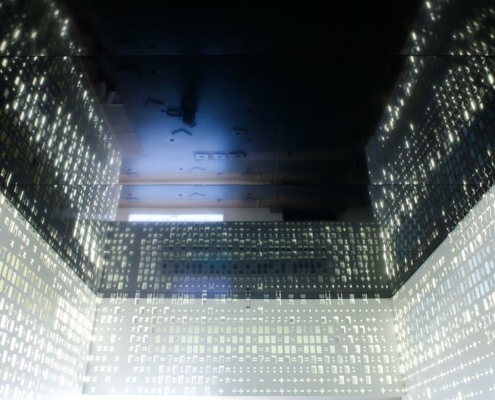 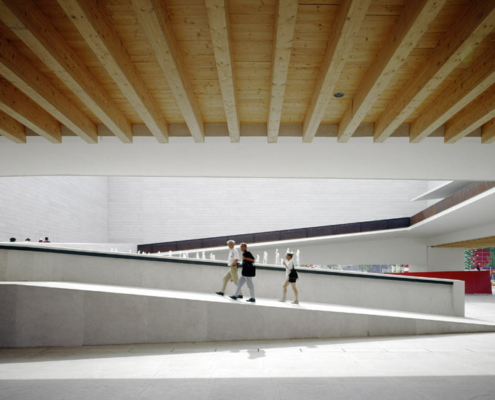 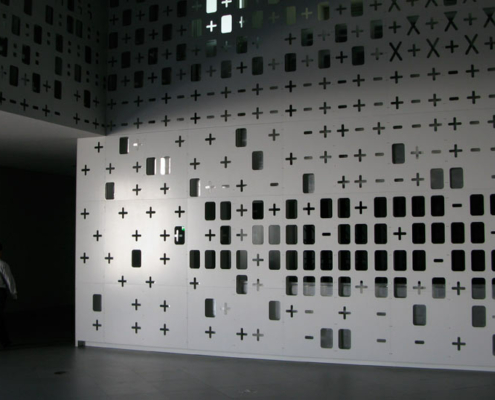 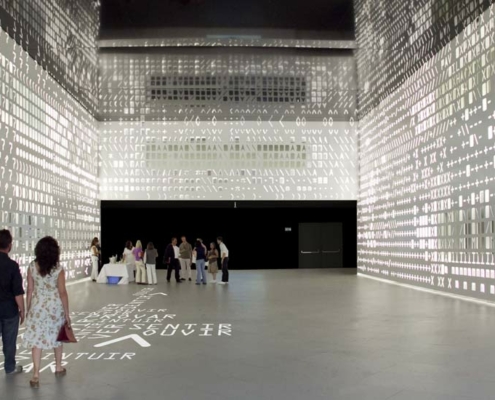 The project was signed by Carrilho da Graça, as integrant part of the Expo ‘98 dedicated to the Oceans. The Pavilion was by then known as “Ocean Knowledge Pavilion”, showing of the relationship between Men and the Oceans through the ages, and since then the Pavilion has been adapted into the Live Science project. Nowadays the Pavilion offers a wide variety of activities, with the permanent exhibition divided into four nucleus: the “Exploratorium” where physics and art coexist in creating interactive educational exhibits; the “See, Do and Learn!” with a collection of 66 interactive Exhibits from two European science centres, the “Unfinished House” where children build houses at their own scale, and the “Live Mathematics”, an interactive exhibition with sixty different ways to learn Maths. Design firm P-06 Atelier (Lisbon) collaborated with project JLCG Architects (João Luís Carrilho da Graça) to create an environmental “skin” for the museum’s multi-purpose foyer. Due to the diverse uses of the space, the design team’s intent was to create a texture for a perforated wall that would be functional for acoustic and lighting purposes. They were inspired by the ubiquitous ASCII (the American Standard Code for Information Interchange) codes used for emails and HTML as an analogy for the museum’s mission to share information. By creating different texture densities consisting of larger or smaller cuts in the metal “skin,” it was possible to controlled acoustic percentages and the openings in the window areas of the rear rooms. LED white lightning between the wall and the skin was balanced with natural light. The Knowledge Pavilion also houses temporary exhibitions that approach the most diversified scientific areas in an interactive ways, stimulating experimentation and exploration of the physical world.