Carpenter Center for the Fine Arts 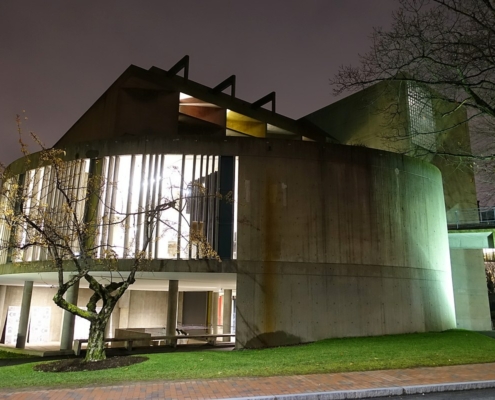 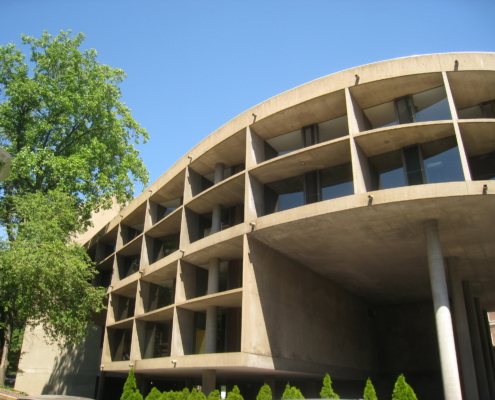 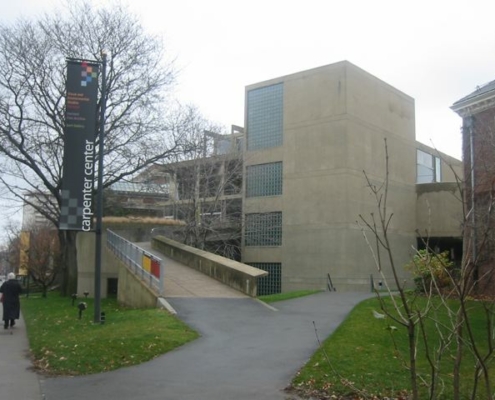 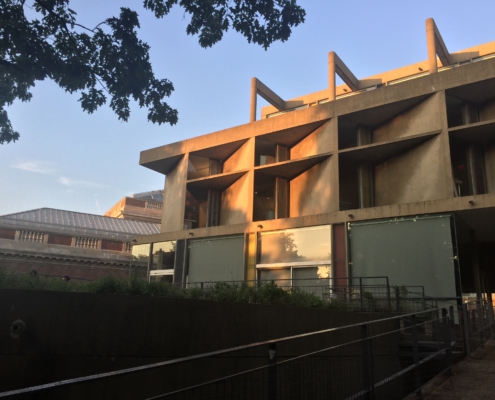 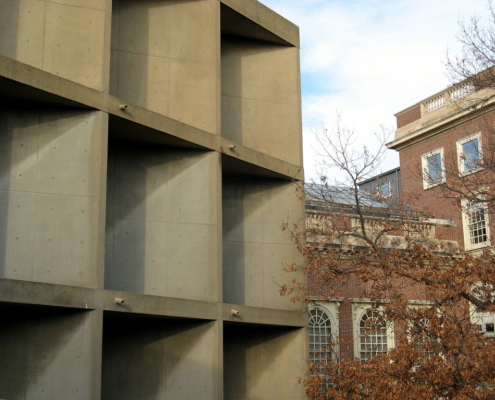 "The first and only building in the United States designed by the 20th Century master architect Le Corbusier sits among some of the oldest buildings that date back to before the United States was organized. Completed in 1963, the Carpenter Center for the Visual Arts is located on Harvard University's campus. Designed in conjunction with Chilean architect Guillermo Jullian de la Fuentes and Josep Lluis Sert - dean of Harvard's GSD at the time, the Carpenter Center stands out among the traditional architectural styles of Harvard Yard as a combination of Le Corbusier's earlier modernist works. Designed to be home to Harvard's visual arts, the Carpenter Center houses large open studio spaces for students to work and showcase their art. In addition to being a place for art, the center holds the largest collection of 35mm films in the New England region often holding screenings of independent, international, and silent films. For Corbusier, the Carpenter Center was meant to be the synthesis of the arts where architecture would join with painting, sculpture, photography, and film. Unlike the buildings of Harvard Yard and even those of Corbusier's earlier works, the Carpenter Center takes on a less than traditional approach to the design and organization of the interior spaces. Rather the Carpenter Center is a mix of Corbusier's earlier works with the typical beton-brut concrete, angled brise soleils that were used in Chandigarh, and ondulatoires found in La Tourette were implemented into the centers facade system. From first glance, the Carpenter Center appears to be an inverted version of Villa Savoye embodying the Five Points of Architecture on the exterior of the building rather than within like Villa Savoye. Similar to Villa Savoye, Corbusier highlights an architectural promenade that runs through the center of the building that connects the interior studios, galleries, and screening rooms to the public spaces within the building, as well as to the campus. Walking along the centralized ramp, there is a slow ascent through the buildings levels that has a degree of reveal allowing the passerby to peer into the spaces through the separation between the floor plates and the ramp. Within the Carpenter Center, Corbusier maintains large open floor plates supported by his iconic pilotis, which allow for students to have open studio environments, in addition to allowing for more flexible configurations when showcasing students work, or holding film screenings. However, as with some of his earlier projects where Corbusier imposes curvilinear wall sections to define circulation or the space itself, Corbusier uses the curvilinear wall system to define the interior volume's boundary as a way in which to accentuate the architectural promenade throughout the building, as well as seamlessly linking the interior spaces through a cyclical spatial organization. Le Corbusier's Carpenter Center for the Visual Arts is an intensification of his earlier projects that not only incorporate architectural elements from previous projects, but - possibly with the encouragement of Fuentes and Sert - seems to advance Corbusier's architectural language by testing its limits as to what it could become, rather than just merely accepting its prior successes. The Carpenter Center exemplifies that push and advancement in Corbusier's work that would influence the modernist aesthetic and future styles. Unfortunately, Le Corbusier was never able to see the completed building because of his failing health. However, the Carpenter Center for the Visual Arts continues to maintain the largest 35mm film collection in the New England region, as well as housing Harvard's historic film archives."