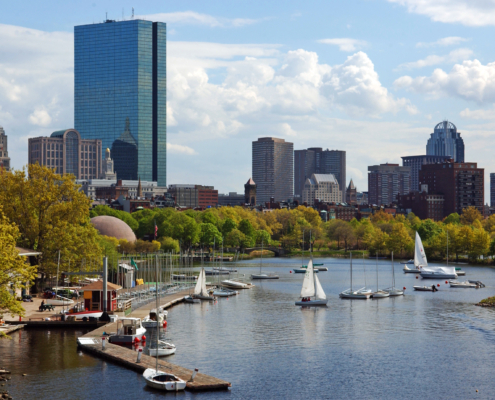 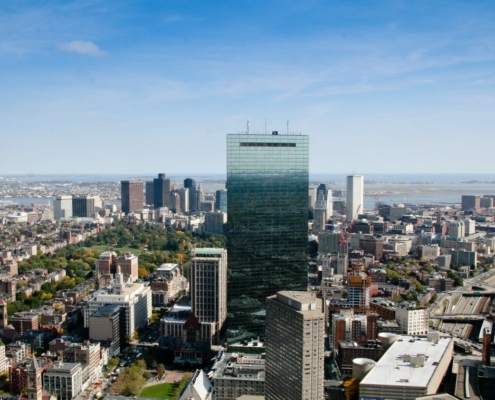 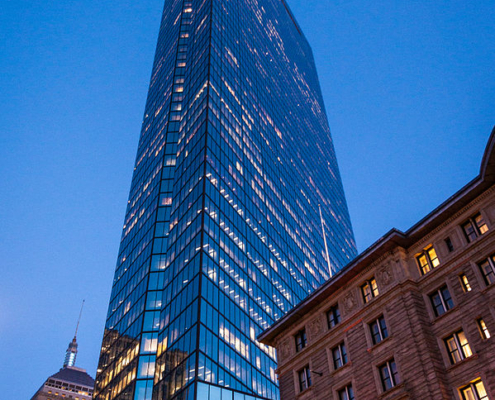 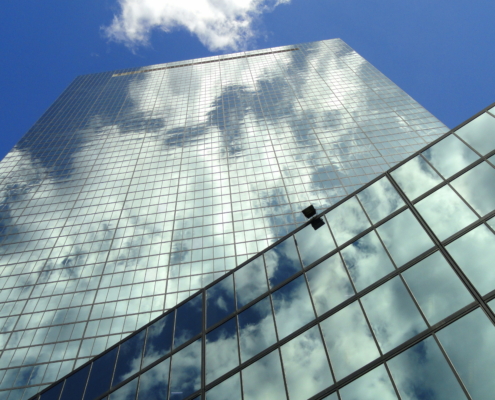 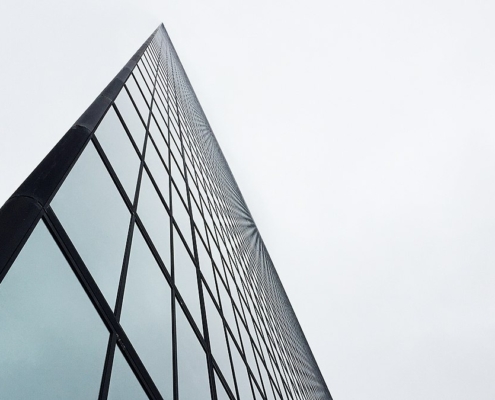 "Once the tallest building in the world outside of New York when it was completed in 1970, the John Hancock Center stands along with the Willis (Sears) Tower and Mies' 860-880 Lake Shore Drive residences as another glimmering landmark of the Chicago skyline. The 100-story skyscraper was designed by architect Bruce Graham and structural engineer Fazlur Khan of Skidmore, Owings, & Merrill and soars 1, 127-feet into the sky. It was the world's first mixed-use high-rise, containing offices, restaurants, and the third highest residence in the world with approximately 700 condominiums. Construction on the tower began in 1965. Due to the high winds in Chicago, one of the main factors that had to be taken into consideration was using a secure structure for the building that would minimize movement on windy days. The structure consists of a tubular system that strengthens the building against wind and earthquakes. The famous cross-bracing on the exterior provides security against horizontal movement while opening up the interior of the building with more uninterrupted floor space. Although the X-bracing is massive and slightly blocks views from the interior, it is the Hancock Building's signature exterior feature and is structurally sound. Visitors are welcomed from ground level with an elliptical plaza that steps down towards the entrances of restaurants and has its own 12-foot waterfall. On the ground floor there is also a lobby that was redecorated in 1995 with textured limestone surfaces. On the 95th story is the John Hancock Observatory with Chicago's only open-air SkyWalk that was built with steel casing approved by NASA. Popular for tourists, the observatory competes with Willis Tower's Skydeck, offering views of the city from every angle, including gorgeous shots of Lake Michigan and on a clear day the sights of four other states. Halfway up the building on the 44th floor also lies America's highest swimming pool. With both of these features, along with an astonishing height of 1,506-feet when measured to the top of its two identical antennas, the John Hancock Center is the quintessential model of a brilliantly engineered skyscraper that adds beauty through its symmetry to the skyline, making it one of Chicago's finest works of architecture."

The Kreeger Museum Scroll to top