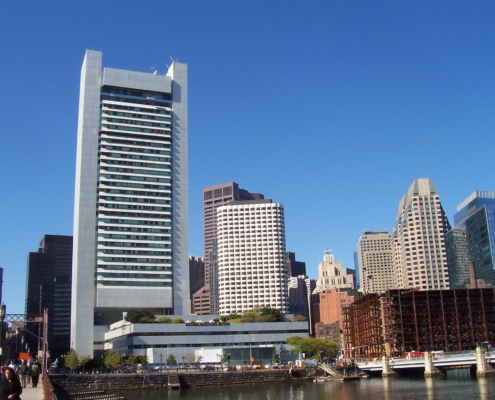 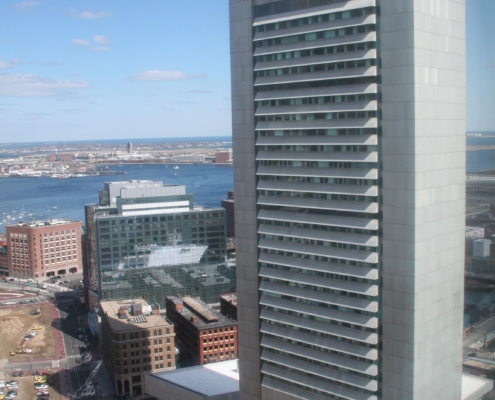 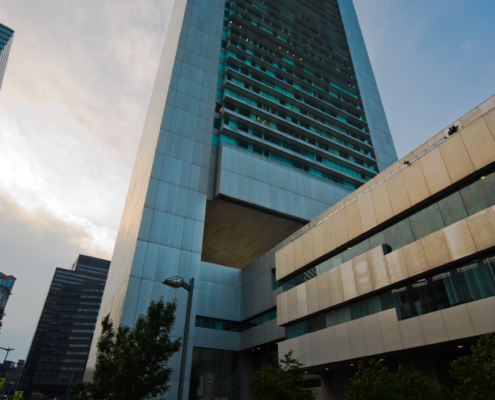 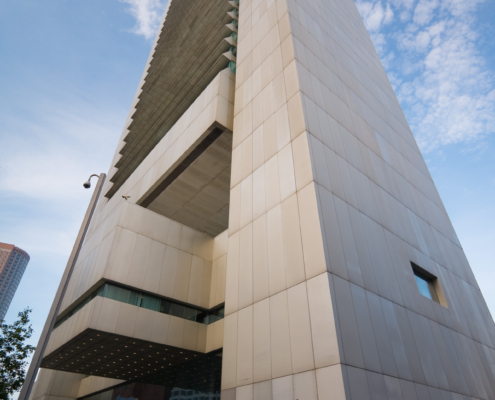 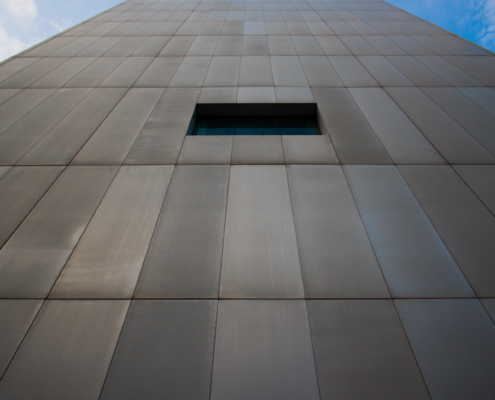 The current Boston Federal Reserve Bank is the third official building to house the federal reserve bank since it was enacted into law in 1913. The Boston Fed moved to its current site at 600 Atlantic Avenue in Dewey Square in 1977. The 604-foot 33-story office tower linked to a four-story wing was erected between December 1972 and November 1974. The architects, Hugh Stubbins & Associates, designed the tower office floors that rise from a 140-foot bridge "suspended" in the air between two end cores. A 600 ton major steel structure called a "truss" marks the beginning of the tower's "office in the air." The exterior is natural anodized aluminum, which acts as a curtain wall and weatherproof facing. The aluminum spandrels or "eye-brows" shade the building interior from the sun in the summertime and allow more sunlight in the winter months.

Information provided in part by: Federal Reserve Bank of Boston