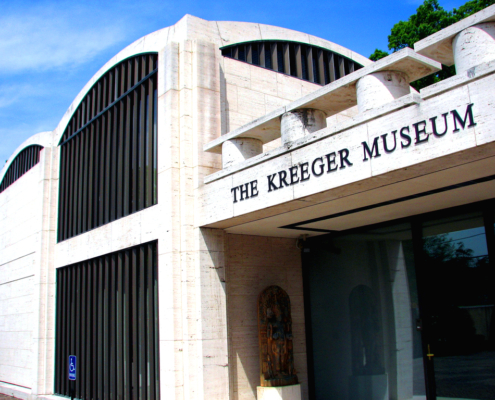 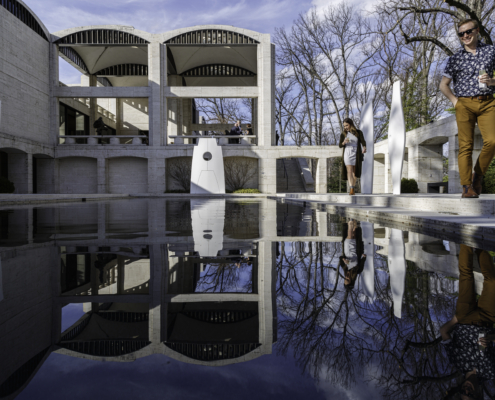 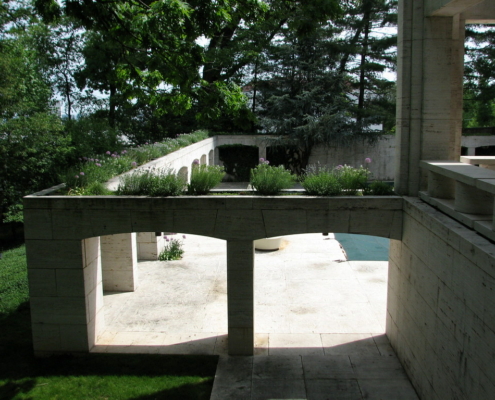 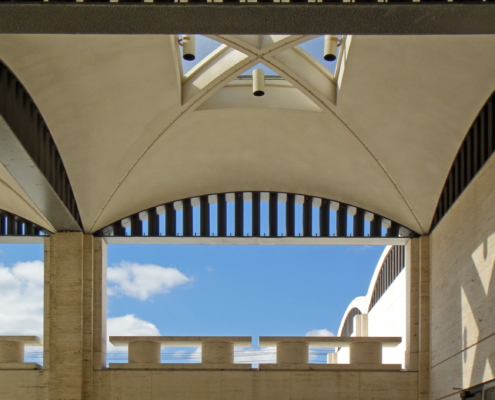 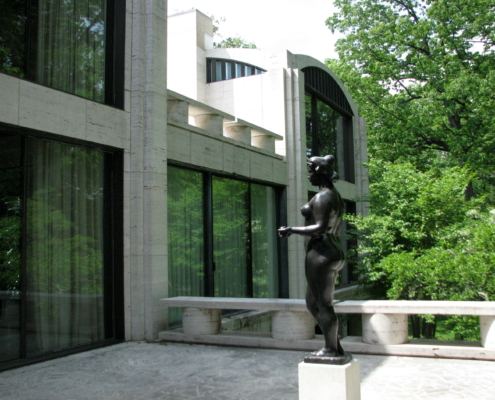 Designed in 1963 by Pritzker Prize winning architect Philip Johnson with Richard Foster, the Kreeger residence was built on five and a half wooded acres overlooking the nation’s capital. The Kreegers were pillars of the Washington DC arts and cultural community, and their love of art, music and architecture resound throughout the building today. / Philip Johnson was in his late fifties when he designed the Kreeger residence in 1963. Philip Johnson, along with Henry Russell Hitchcock, is generally credited with discovering and defining the term "International Style". The Museum is set on 7.5 acre wooded plot on Foxhall Road, one of the wealthy residential neighborhoods of Washington DC. When the building was completed in 1967, other residents of the neighborhood included the homes of the Cafritz family and the Rockefellers The original home on the site when the Kreegers purchased it was a large English Tudor style built in the 1920s and belonging to a niece of Teddy Roosevelt. Philip Johnson’s modern design was unique to the neighborhood. The Kreeger Museum is built out of over 900 tons of hand-selected travertine (young limestone). Richard Foster, Philip Johnson’s partner, went to Italy twice to hand select the stone, and labeled each piece to ensure correct placement. Furthermore, all of the built spaces – both inside and out – are based on units of 22 x 22 x 22 feet. Usually without knowing the architect’s intention, visitors feel an unusual calm in moving from one space to another. Those particular dimensional units and the attention of the architect to progression through them is the “secret” to the pleasure of experiencing this particular building.

Information provided in part by: The Kreeger Museum and American Institute of Architecture DC