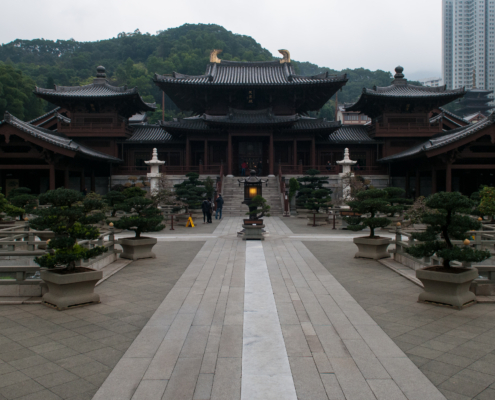 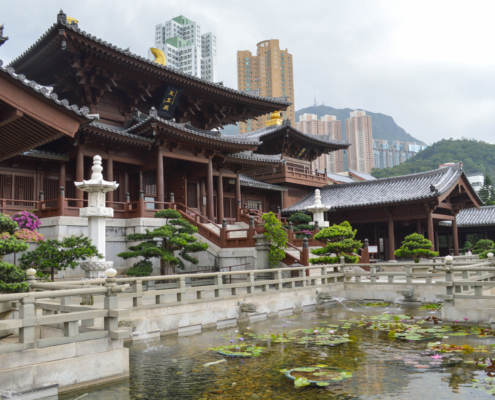 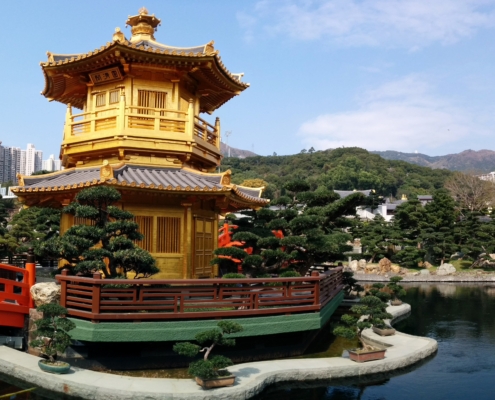 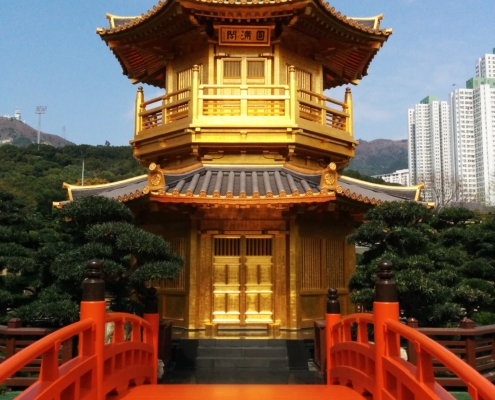 A popular scenic tourist site, the 360,000 square foot temple complex has been a registered charity since 1963. Apart from holding regular Buddhist assemblies, the nunnery also operates an elderly care home, a library, and a primary and secondary school.

The nunnery was first established in 1934, providing a space for women monastics to practice Buddhism. At the time, the Chinese Civil War was bringing an influx of refugees from the mainland to the neighborhoods of Diamond Hill and Wong Tai Sin. The nunnery began providing social services to the refugees, and in 1948 established a school for the children of the poor. In 1957, they also opened an orphanage and home for the elderly.

In 1988, the construction of Tate’s Cairn Tunnel necessitated the demolition of the original nunnery and several surrounding buildings. However, the support of donors at home and abroad made it possible to start reconstructing the nunnery the following year.

This time round, it was decided that the new complex would be built in the architectural style of the Tang dynasty (AD 618-907). The buildings were constructed entirely of natural materials — cypress wood, stone and ceramic roofing tiles. The use of a traditional architectural technique involving interlocking wooden frames meant that none of the buildings has a single nail in it.

The reconstructed nunnery officially opened to the public in 2000, along with the adjoining 3.5-hectare Nan Lian garden. Its complex includes 16 halls, majestic courtyards, a library, a pagoda, a bell tower, a drum tower and a lotus pond garden. The nunnery’s beauty and serenity makes it a popular spot for visitors.