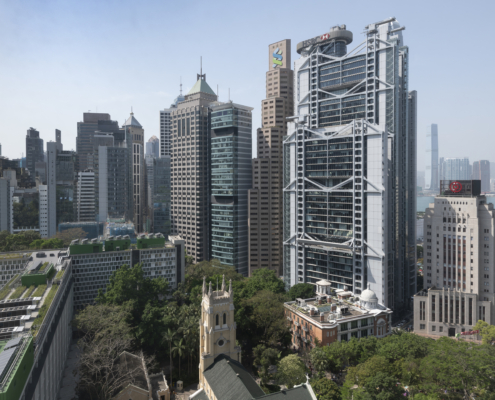 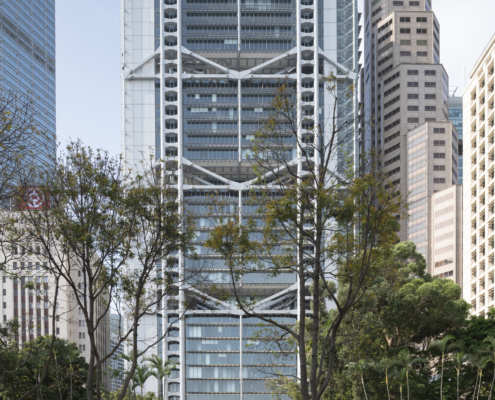 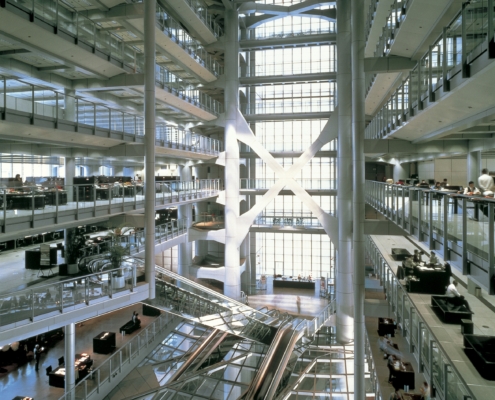 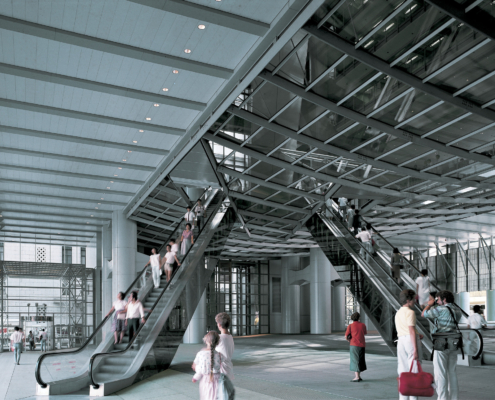 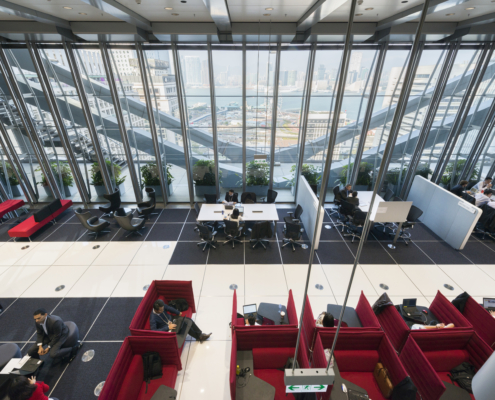 Conceived during a sensitive period in the former colony's history, the brief for the Hongkong and Shanghai Bank Headquarters was a statement of confidence: to create 'the best bank building in the world'. Through a process of questioning and challenging − including the involvement of a feng shui geomancer − the project addressed the nature of banking in Hong Kong and how it should be expressed in built form. In doing so it virtually reinvented the office tower.

The requirement to build in excess of a million square feet in a short timescale suggested a high degree of prefabrication, including factory-finished modules, while the need to build downwards and upwards simultaneously led to the adoption of a suspension structure, with pairs of steel masts arranged in three bays. As a result, the building form is articulated in a stepped profile of three individual towers, respectively twenty-nine, thirty-six and forty-four storeys high, which create floors of varying width and depth and allow for garden terraces. The mast structure allowed another radical move, pushing the service cores to the perimeter to create deep-plan floors around a ten-storey atrium. A mirrored 'sunscoop' reflects sunlight down through the atrium to the floor of a public plaza below - a sheltered space, which at weekends has become a lively picnic spot. From the plaza, escalators rise up through the glass underbelly to the banking hall, which was conceived as a 'shop window for banking'.

The 'bridges' that span between the masts define double-height reception areas that break down the scale of the building both visually and socially. A unique system of movement through the building combines high-speed lifts to the reception spaces with escalators beyond, reflecting village-like clusters of office floors. From the outset, the Bank placed a high priority on flexibility. Interestingly, over the years, it has been able to reconfigure office layouts with ease, even incorporating a large dealers' room into one floor − a move that could not have been anticipated when the building was designed.