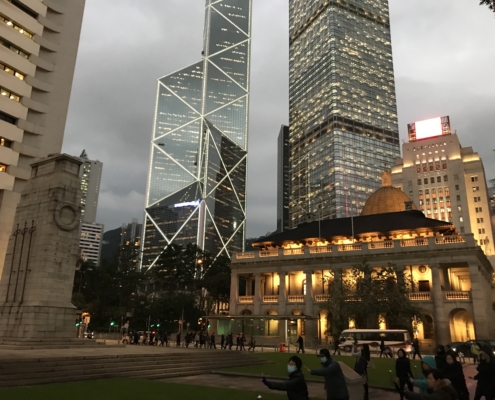 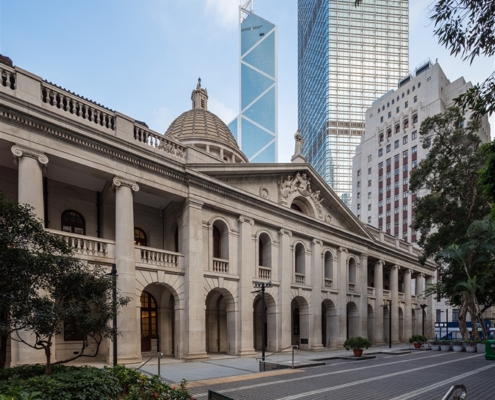 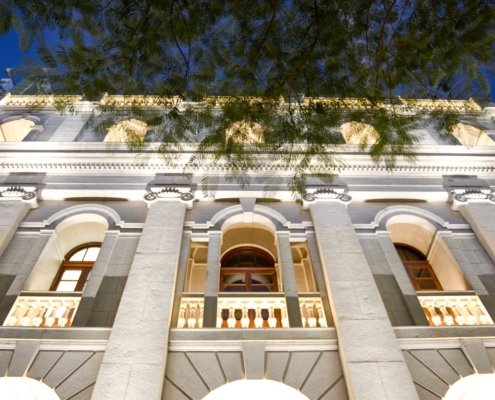 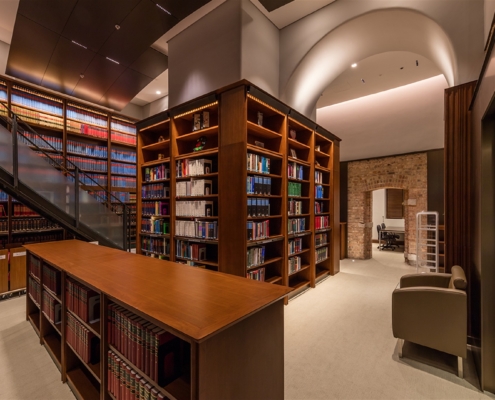 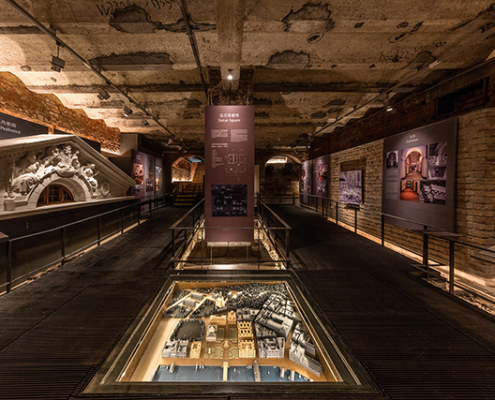 The building was designed by Sir Aston Webb and Ingress Bell, the British architects responsible for the eastern façade of Buckingham Palace and the Cromwell Road frontage of the Victoria and Albert Museum in London.

Construction of the building started in 1900 and it was opened on 15 January 1912 by the Governor Sir Frederick Lugard. The two-story granite building is neo-classical in style supported by Ionic columns. It is surmounted by a 2.7 m high blind-folded statue of Justice, represented by Themis, the Greek Goddess of Justice and Law. This statue is inspired by the one erected on the Old Bailey of London.

The building was erected on reclaimed land. Its foundation was formed by driving hundreds of Chinese fir tree trunks into the mixture of reclamation materials and silt on the site. Consequently, the building is in effect "floating" on a timber raft. Such a foundation system requires the groundwater level to be maintained at a constant level, and a groundwater replenishment system is installed to replace groundwater as required.

The plan of the building follows a rectangular pattern and is symmetrical. The Building occupies an area of around 2,660 square meters (28,600 sq ft) and is surrounded by columns. The height of the building, from street level to the highest point, which is in the form of a bronze Tudor Crown, is about 40 meters (130 ft).

A pediment surmounts the central section of the building facing Statue Square. The pediment is topped by a Statue of Justice and under it is the inscription "Erected AD MDCCCCX" (Erected AD 1910). The pediment incorporates a semi-circular window and the carving of the British Royal Coat of Arms is above it. The shield shows the various royal emblems of the various parts of the United Kingdom: the three lions of England in the first and fourth quarters, the lion of Scotland in the second and the harp of Ireland in the third. The shield is supported by the English lion and Scottish unicorn and is surmounted by the royal crown. The motto of the sovereign, Dieu et mon droit (God and my right), is displayed underneath it. The figures of Mercy and Truth are located on both sides of the British Royal Arms.