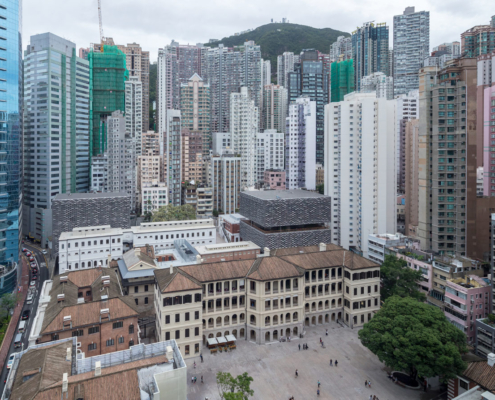 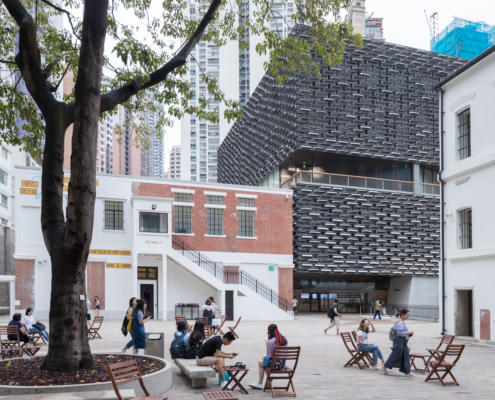 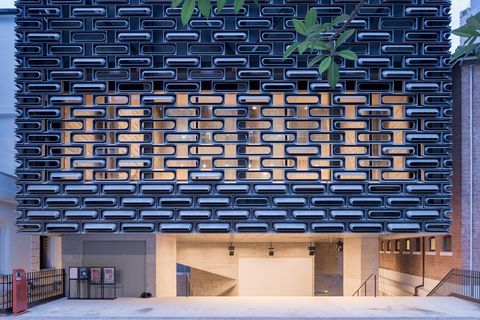 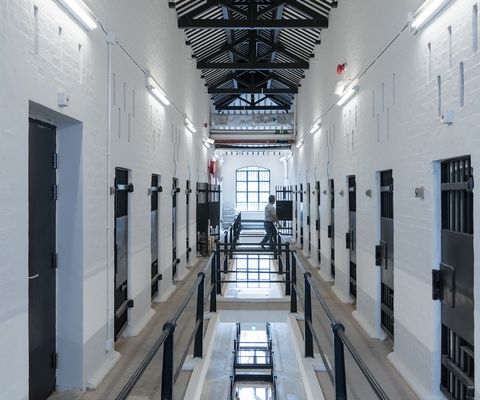 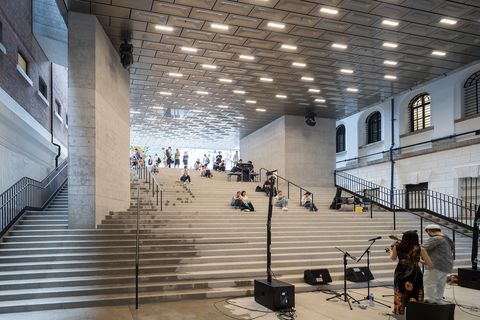 The former Central Police Station, the Central Magistracy and the Victoria Prison is a walled compound of heritage buildings at the commercial center of Hong Kong Island. Established by the British after 1841 as the colony’s main police station, magistracy, and prison, the site is one of Hong Kong’s most important remaining historic monuments. Following its decommission in 2006, the entire compound was vacated, leaving a set of open grounds and a collection of unique buildings. From an urban perspective, the compound is a rare “courtyard” in the middle of one of the densest cities in the world. What once stood on the hillside as a prominent symbol of law and order with commanding views to the harbor has now inversely become an urban oasis of openness and calm within a forest of commercial and residential high-rises. The compound is defined and structured by two large courtyards: the Parade Ground and the Prison Yard. Our goal is to preserve the openness and distinct character of both and to re-activate them for public use as a new type of urban found space. These spaces will define the site physically and programmatically as places of gathering, cultural exchange, leisure, and respite.

The Parade Ground is surrounded on each side by several of the site’s most historic buildings, resulting in a formal open space with generous room for public recreation, events, direct access to restaurant and retail attractions, as well as smaller-scale cultural and educational spaces. The Prison Yard will be subtly transformed from a rough and forbidding area to a new open public space dedicated to cultural programming. Adding a new arts and cultural program is one of the key strategies to opening and activating the former Prison Yard. Two new volumes that float tightly above the surrounding granite walls are conceived as distinctive but carefully inserted elements within the fabric of existing buildings. By cantilevering above the walls and keeping a minimum distance to the adjacent structures, the buildable floor area is maximized while staying within the zoning envelope and at the same time creating protective offsets from the surrounding historical buildings. As an architectural expression, it also clearly distinguishes the new buildings from the site’s historic buildings. Gathered mainly at the Lower Courtyard, the former police buildings sit proudly on either street level or on top of the granite walls, making their authority and presence in the city known. The prison buildings, on the other hand, are located behind the walls, and have historically been separated from public access and view for obvious reasons of safety and security. The new building volumes copy neither of the historical conditions but instead create a new relationship to the site context by hovering just above the wall. By raising the volumes, new public and circulation spaces are created below, resulting in generous protected places for gathering and activity, and establishing a new East-West pedestrian connection from Arbuthnot Road to Old Bailey Street. At the same time, the buildings become new markers at the two ends of the compound, bringing attention to a formerly closed-off part of the city.

The design of JC Contemporary, located at the southwest portion of the site, is developed in close relation to the adaptive reuse of the F Hall. New connections will be created between the two buildings. Together, they will house contemporary art functions. The courtyard entrance of the JC Contemporary is defined by the building’s volume hovering above the historic revetment wall. This entrance area is protected from rain and sun, and acts as the circulation hub and foyer to both the F Hall and JC Contemporary. The F Hall will be a versatile gallery space for art exhibition or other special events. Much of the original architecture with its traces from the buildings’ past use are kept and preserved. In contrast, the adjacent JC Contemporary will feature large column free exhibition spaces with maximum flexibility. Skylights in the roof will provide natural daylight into the top gallery space. The second floor is dedicated to a restaurant with an outdoor terrace overlooking the rich and textured roofscape of the entire compound embedded in the cityscape. Sitting as a new marker on the southeast corner of the CPS site is the new JC Cube. The volume similarly hovers above the revetment wall along Arbuthnot Road, creating a covered public outdoor gathering, cinema, and performance space with a large stair whose steps may be used for informal seating. On either side of the JC Cube are old prison buildings, D Hall and E Hall, forming interior elevations for this unique outdoor venue. The height restriction is also fully taken advantage of, resulting in two more generous program spaces above: an 8m height multipurpose space with an accessible technical grid ceiling, and a mechanical plant room that houses cooling towers and equipment serving the entire site.

Both new buildings are clad with a cast aluminum façade unit system that is referencing, in terms of scale and proportion, the existing granite block elements of the characteristic bordering revetment wall surrounding the entire site, thus establishing a certain contextual relationship. The use of 100% recycled aluminum as a material provides a distinctive architectural expression and materiality, setting the new buildings apart as new insertions amongst the collection of historical masonry blocks, and at the same time addresses issues such as structural support, sun shading, and rain protection in Hong Kong’s subtropical climate. The specific porosity, patterning, and expression of the façade unit is informed by the functional and environmental requirements of the uses within. The materiality of the cast aluminum units will have a distinctive roughness and texture breaking down the façade surface, which helps to reduce the reflectivity and glare during the daytime. At night, light emitted from the building will be partially screened by the façade units, expressing the life of activities within but without creating light pollution.