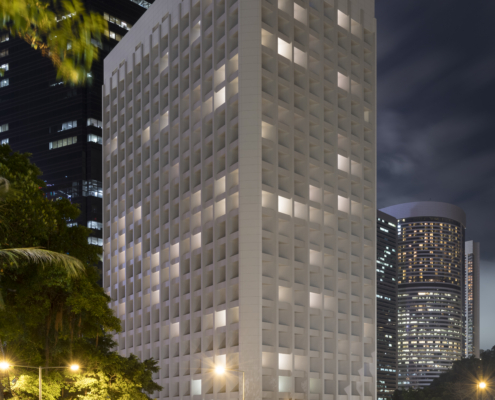 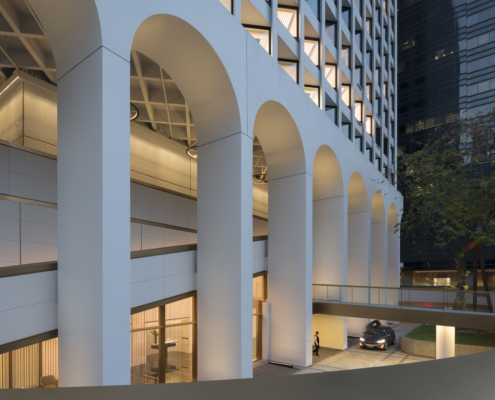 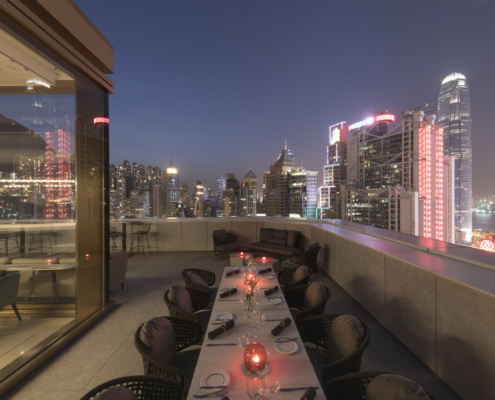 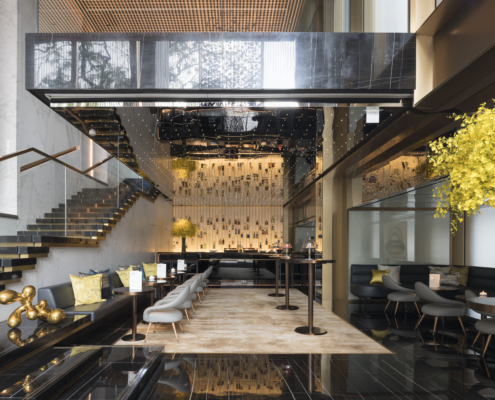 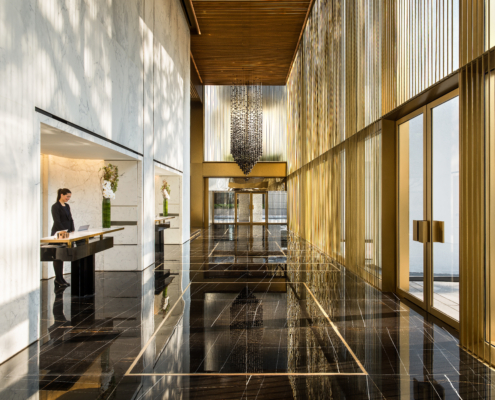 The Murray Building is a luxury 336-room hotel located on the southern edge of Central with panoramic views of The Peak and the gardens to the south and stunning uninterrupted harbour views to the north. This major transformation of the listed building aims to reinvent this abandoned urban quarter – stitching together the urban fabric by linking the large green spaces flanking the site to the east and west.

A former government headquarters tower, the 25-storey Murray Building was originally designed at a time when the city was planned around the car, and consequently stands on an island site, surrounded by roads making it impermeable for pedestrians. One of the central aims of the project is to reconnect the building with the city at ground level, creating a new street frontage on Garden Road, transparent and welcoming ground floor spaces, and enhancing and extending the landscaped grounds to incorporate a public tai chi area. At the tower’s base is a sequence of four-storey high arches intersected by a podium, and a vehicle ramp, which is a distinctive feature of the original building. A large historic tree, which rises up through a void in the parking slab of the podium has been liberated and conserved as the centrepiece of the arrivals sequence for guests.

The architecture of the original building is in direct response to the climate of Hong Kong – the windows are recessed and carefully orientated to avoid the harsh tropical sunlight – gaining it an Energy Efficient Building Award in 1994. The design retains the façade while upgrading other aspects of the building and extending the life of the building by introducing a new function appropriate for changing demands of the city – giving it a sustainable legacy for years to come.

The 25-storey tower is characterised by the distinctive pattern of its white façade, which is made up of a grid of square windows. In a fusion of interior and exterior, the inset bays provide a modular unit and organising principle for the hotel rooms, allowing for a variety of planning options. The upper level suites are angled to create a generous central living space. Luxurious corner suites benefit from spectacular dual-aspect views of the harbour and the peaks and gardens.