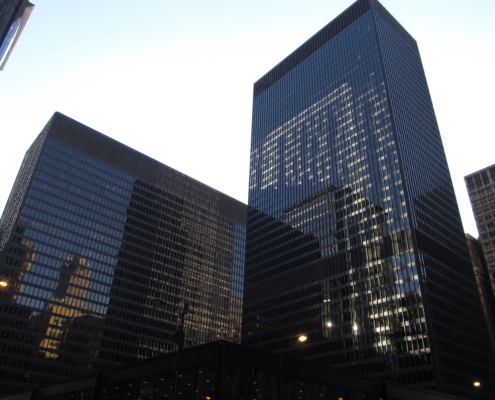 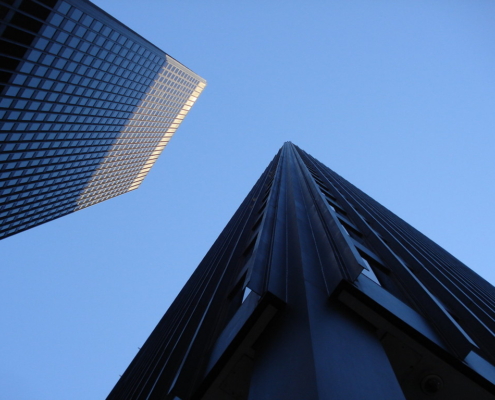 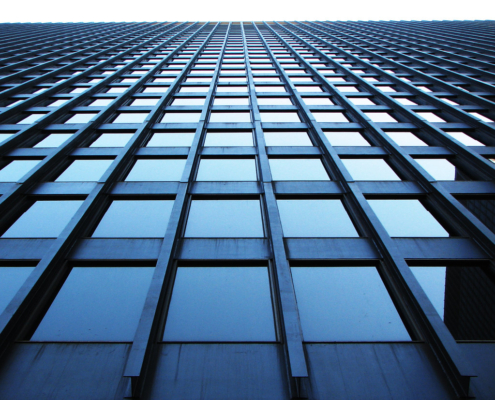 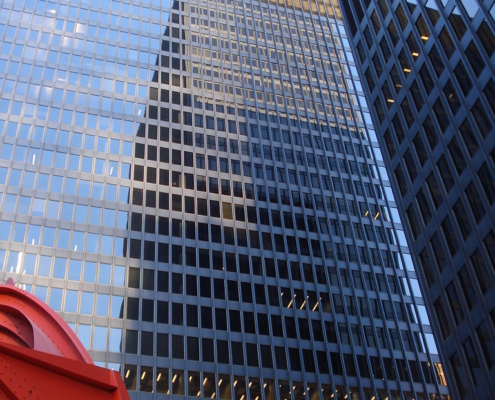 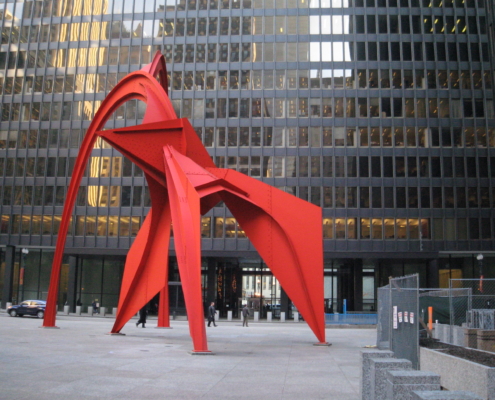 The Chicago Federal Center, designed by Ludwig Mies van der Rohe and completed in 1974, consists of three buildings which are arranged around and define the Chicago Federal Plaza. On the eastern side of South Dearborn Street sits the 30-story Everett M. Dirksen U.S. Courthouse. On the western side, the 42-story John C. Kluczynski Federal Building and the single-story Post Office define the plaza. [paragraph break] The project has its roots in a 1950s plan by the U.S. Government to update federal services nationwide. Mies received the commission itself in 1959, and the complex as a whole was completed in 1974, five years after Mies's death. It unifies two themes that he repeated throughout his career: the two high-rise blocks, which flesh out ideas suggested in his Seagram Building in New York; and the large, open space of the Post Office building, which is similar to other low-rise projects such as the nearby S.R. Crown Hall.