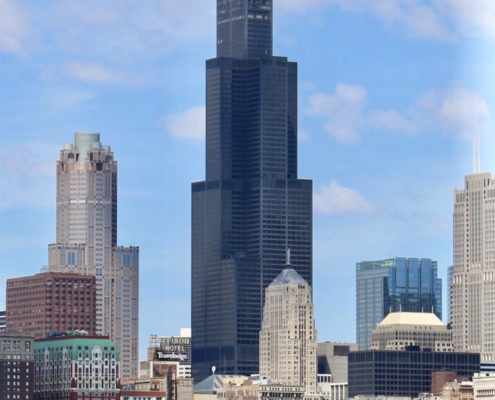 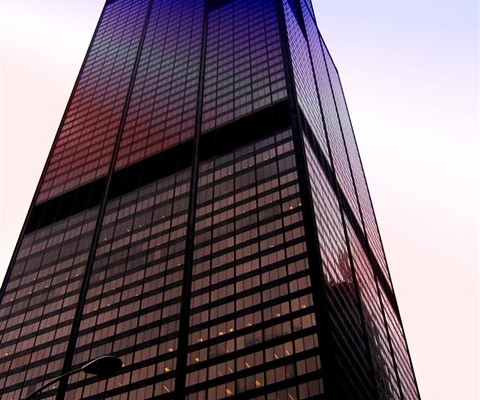 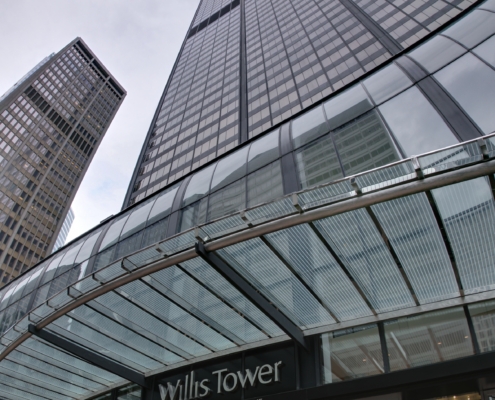 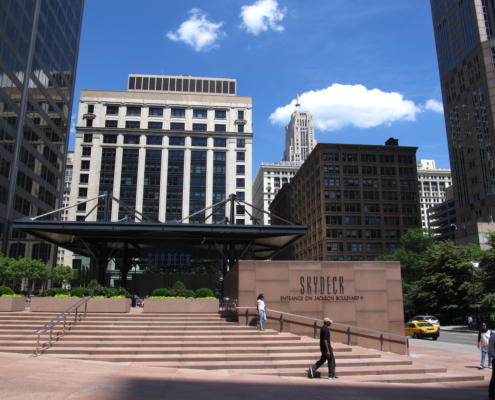 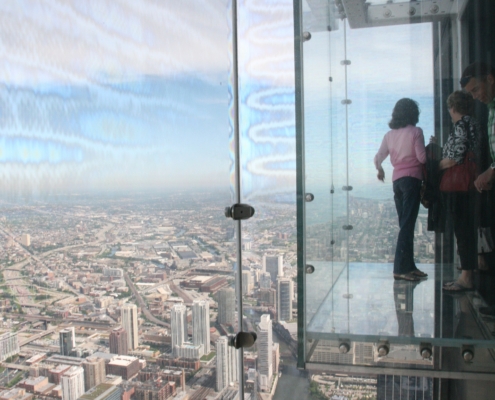 "Standing 110 stories tall, its black aluminum and bronze-tinted glass exterior has become emblematic of Chicago, a city crazy about its architecture. Although its record-breaking height has been surpassed several times over, its innovative structural design remains noteworthy. The Willis Tower laid the foundation for the supertall buildings being built today. The Willis Tower still claims the distinction of having the highest occupied floor among North American buildings. Everything about the Willis Tower says 'big.' The building’s many stories, its place in Chicago business history, its design and its recent energy-saving improvements are a mini-course in 'why design matters.'"

Architects have always been tasked with designing tall buildings to resist wind loads. But as buildings continued to grow taller and taller, new solutions were required. When this 110-story tower was designed, architect Bruce Graham and structural engineer Fazlur Khan of Skidmore, Owings & Merrill (SOM) utilized the bundled tube system to address structural problems never before seen at this scale. Their use of the innovative system ushered in a whole new era of skyscrapers. The tower is comprised of a cluster of nine tubes connected together to act as a single unit. The tubes support one another, strengthening the structure as a whole. Meanwhile, the variations in tube height disrupt the force of the wind.

In 1969, Sears Roebuck and Company was the world's largest retailer, employing approximately 350,000 people across Chicago. In order to consolidate current staff and accommodate anticipated growth, the company hired SOM to design a three million-square-foot office tower. The location of the tower was strategically selected for its proximity to expressways and commuter rail lines to benefit Sears employees. But in the end, the tower’s location proved to be advantageous for the city as well. The inhabitants of the bustling office building generated new energy in a formerly stagnant West Loop neighborhood.

This history explains why many Chicagoans still nostalgically refer to the building as the Sears Tower, although it hasn’t technically been the Sears Tower for years. In 2009, the London-based insurance broker Willis Group Holdings leased more than 140,000 square feet of office space on three floors of the Sears Tower. Their contract included naming rights for 15 years. On July 16, 2009, the name of the building was officially changed to Willis Tower."