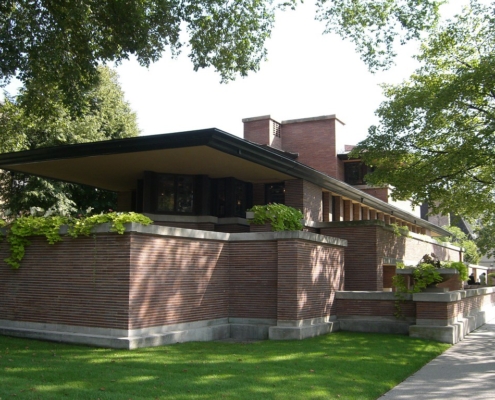 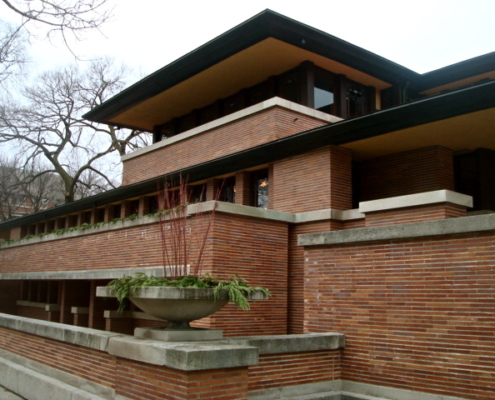 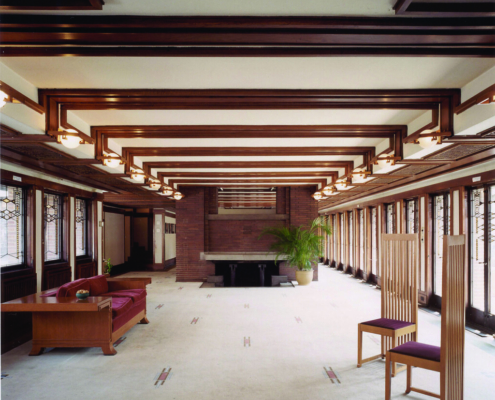 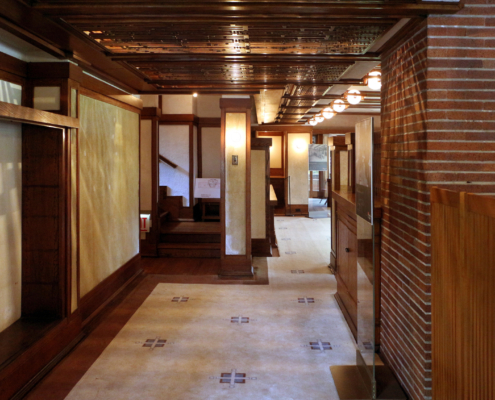 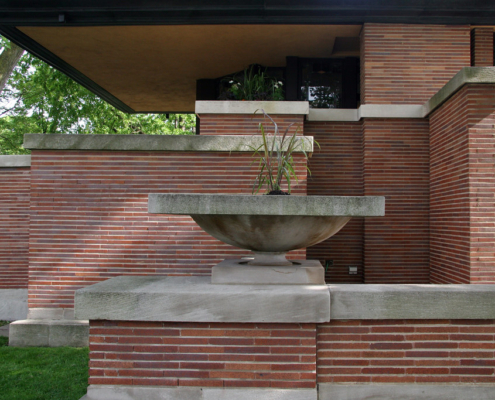 "The layout of Robie House is a big departure from more traditional homes of the era, beginning with the front door—if you can find it! The main entrance is tucked away on the short side of the building and hidden under an overhanging second story. Without a grand front door, even finding your way inside the building is an act of discovery—just as Frank Lloyd Wright intended."

The main living area is a long and free-flowing space, supported by reinforced concrete girders. The living and dining rooms are separated by a massive fireplace and central stairs that connect all three floors of the house. Servants’ quarters and a garage are located at the back end of the house, behind the dining room. Bedrooms can be found on a very private third level. The Robie House is one of the country's residential gems, nestled at the intersection of the University of Chicago campus and a quiet neighborhood street on the far south side of Chicago. The building exhibits Frank Lloyd Wright’s genius at the peak of his career: stretching cantilevered eaves, hidden entryways, stained glass, inviting hearths. It’s important to Chicago—and the history of architecture—because it captures the needs and desires of an American family at a distinct moment in time, the birth of the 20th century.

While the floor plan is unique, it’s the strongly horizontal styling, both inside and out, that makes the house iconic. The basic design motif is one of long, thin rectangles stacked on top of each other. The roof cantilevers out over the first floor to create heavy horizontal overhangs. Art glass windows are arranged in long, narrow bands. The unusually long, thin Roman bricks and limestone trim reinforce the motif. Even the reddish color of the mortar, used on the vertical joints, helps the mortar blend in with the brick and moves your eye horizontally. Inside, beams span across the ceilings in rhythmic parallels. Vertical supports nearly disappear amid the walls and windows, receiving no emphasis. Long open rooms create a sense of standing on the sweeping prairie under a big sky.