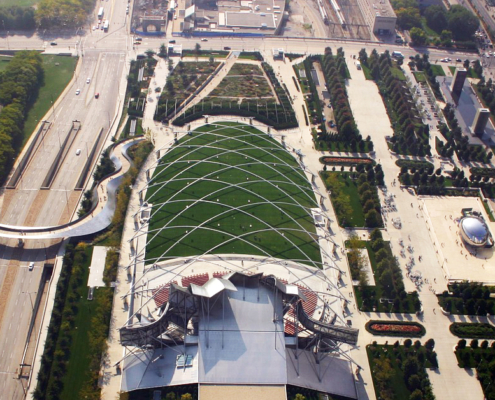 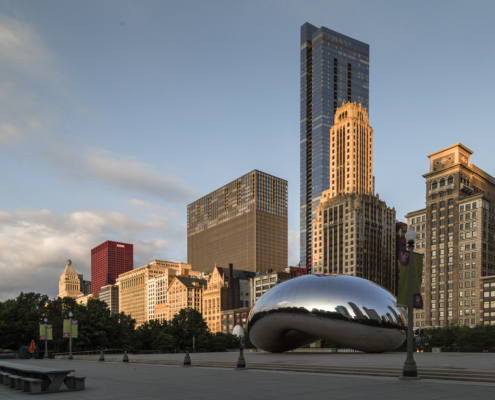 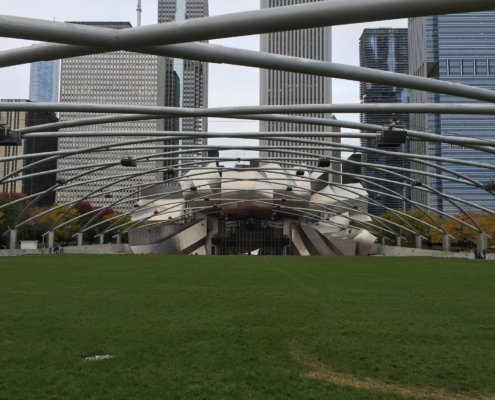 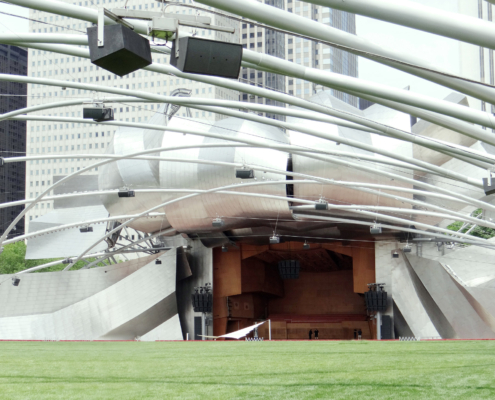 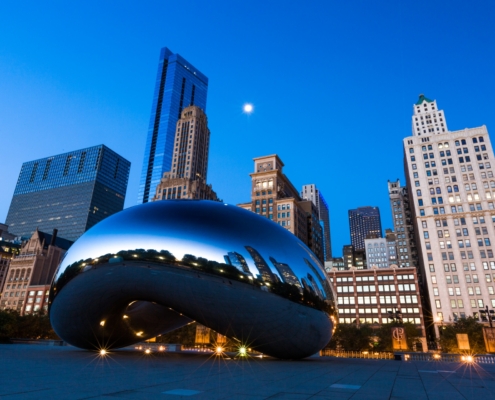 The origin of Chicago’s Millennium Park amounts almost to legend. The story goes that while Chicago Mayor Richard M. Daley was at his dentist's office on Michigan Avenue, he looked out the office window at 900 parked cars and a railroad station and said, “Let’s cover it with a park.” While the reality is probably more nuanced and complicated, the idea for an iconic park was born. With more than 4 million people visiting Millennium Park every year, it has become a much-loved destination that has changed the image of Chicago. [paragraph break] The park’s art is arranged in a series of smaller “rooms,” a concept first imagined by Daniel Burnham and later by Edward Bennett for the landscape of Grant Park in 1909. In Millennium Park, each room communicates a different design idea, transitioning from the French Renaissance edge of Michigan Avenue to the more contemporary architecture to the east. [paragraph break] Because new buildings are forbidden in the park, structures in Millennium Park are either labeled as art or they are buried underground. Distinctive art pieces include: the Pritzker Pavilion by Frank Gehry, Cloud Gate by artist Anish Kapoor, and the Crown Fountain by artist Jaume Plensa.