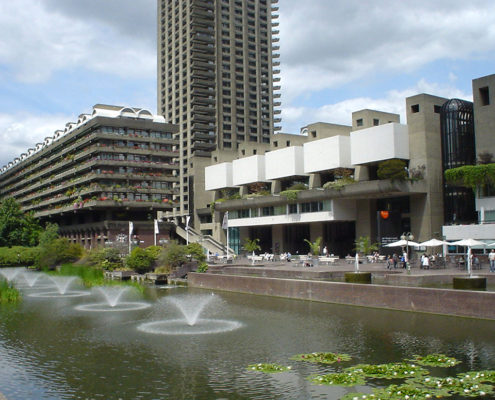 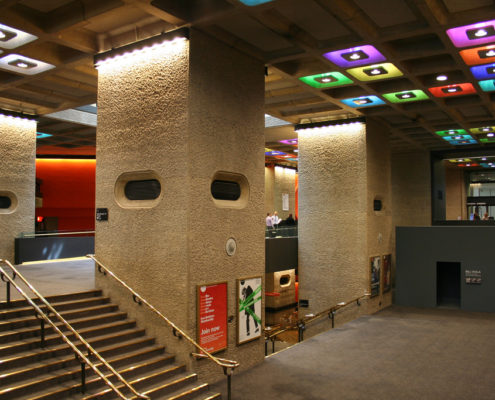 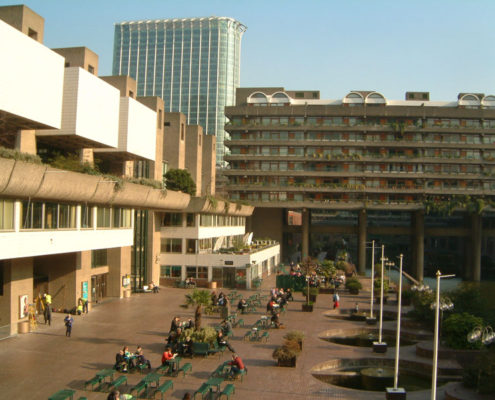 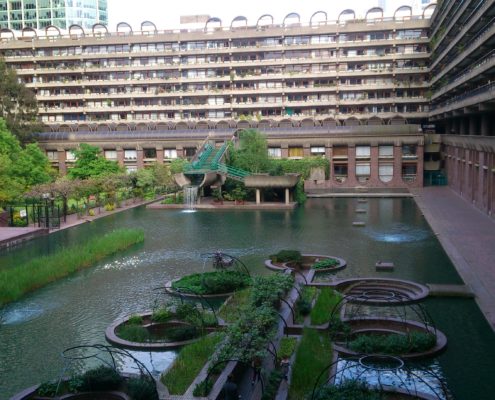 On the 29th December, 1940, at the height of the Second World War, an air raid by the Luftwaffe razed a 35-acre site in the heart of the City of London to the ground. The site was known as the Barbican (a Middle English word meaning fortification), so-called for the Roman wall which once stood in the area. Following the war, the City of London Corporation—the municipal governing body for the area—started to explore possibilities to bring this historic site into the twentieth century.

The Barbican’s location in the financial center of the British capital made it attractive to commercial developers and, as a result, several office schemes were proposed. These were rejected by the Corporation, partly due to the area’s dwindling population. As the area had become increasingly commercialized, the number of residents had plummeted from 100,000 in 1851 to just over 5,000 in 1951.[1] With such a small electorate, the City of London was at risk of losing its Member of Parliament (MP) and, as a result, its political clout. A housing scheme put forward by Chamberlin, Powell and Bon in 1955 offered an opportunity to reverse the population decline by enticing new residents into this void in the City.

Since 1948, Peter Chamberlin (b. London) and Geoffry Powell (b. Bangalore, India) had been teaching colleagues at London’s Kingston School of Art, where they were joined in 1950 by Christof Bon (b. St. Gall, Switzerland). Their architectural partnership began two years later, after Powell won a competition to design the Golden Lane Estate – a large scale residential project also commissioned by the City of LondonCorporation. The design of this earlier scheme, located just north of the proposed Barbican site, paved the way for their more ambitious neighboring project.

While the selection of Chamberlin, Powell and Bon’s housing scheme would allow the Corporation better chances of maintaining its parliamentary representation, it would bring in far less revenue than a commercial development. In order to maximize rental income and make the scheme financially viable, the architects proposed a high-density development aimed at those earning a mid-to-high income.[2] The complex was designed as an urban microcosm, with residential blocks arranged around communal spaces – an approach inspired by the work of Le Corbusier. Le Corbusier’s Unite d’Habitation housing project in Marseilles had beenrecently completed; his vision for a ‘vertical garden city’ is evident in both the Golden Lane Estate and the Barbican.

In addition to “luxury” housing, Chamberlin, Powell and Bon’s masterplan for the Barbican featured cultural facilities (including a concert hall and theater), a shopping mall, underground parking, private gardens, and lakes with fountains and a waterfall. It was hoped that the vast array of amenities within the estate would attract their target market and justify the higher cost of the housing. The Guildhall School of Music and the City of London School for Girls would also be moved to new premises on the site, forging a sense of community within the complex. St. Giles Church, one of the few buildings to survive the bombings of 1940, would stand in the center of the estate.

Collectively, the residential blocks of the estate form one of the most remarkable examples of Brutalist architecture anywhere in the world. The term ‘Brutalism’ is derived from the French béton brut, meaning raw or unfinished concrete. Although the concrete at the Barbican Estate was left exposed, it was not unfinished, having been pick-hammered to give it a rough, rusticated appearance implying a sense of monumentality.

The estate comprises three tower blocks, thirteen terrace blocks, two “mews” (terraces of small two-story houses) and a row of townhouses. The tower blocks dominate the skyline, their facades featuring a grid pattern of concrete paneling. The horizontals of this concrete grid are broken by the continuous lines of the verticals, emphasizing the height of the towers. The terrace blocks, meanwhile, are orientated horizontally, creating a dynamic contrast to the soaring towers. In both the tower and terrace blocks, the layout of the apartments was designed to maximize the amount of natural light in the rooms that would most benefit from it. Bedrooms, dining rooms and living rooms are therefore positioned along external walls, while kitchens and bathrooms are placed against inner walls.