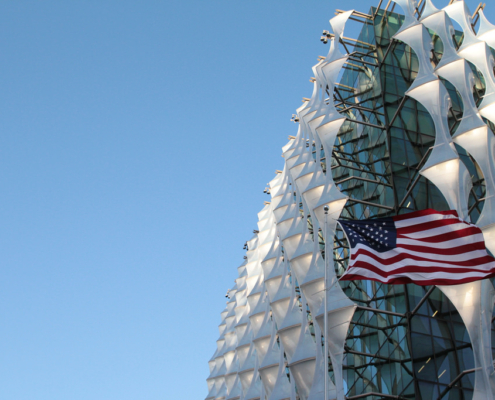 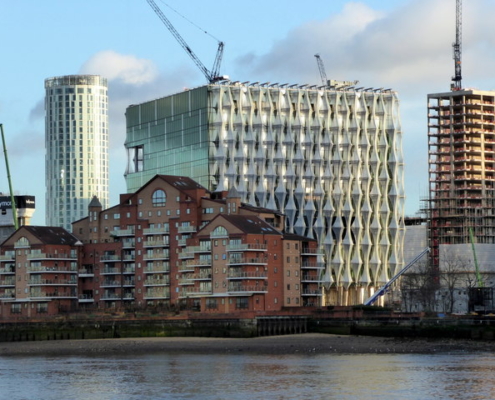 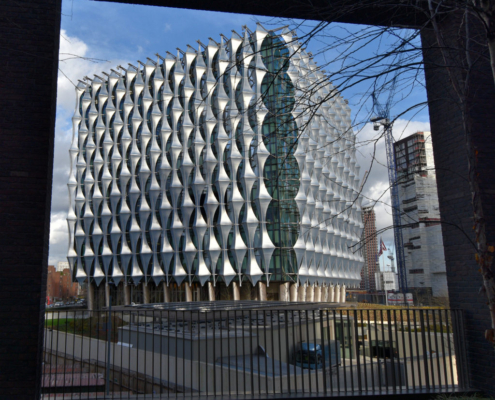 Since 1785, when John Adams became the first ambassador to the Court of St. James's, Grosvenor Square has been home to the US embassy in London. The existing embassy building was designed by Eero Saarinen in 1960. Half a century later, it had become over-crowded and unable to meet modern-day security and workplace needs.

The State Department envisioned a new embassy that would serve as the centerpiece of one of America's longest-standing and most valued relationships. It also aspired to set a new paradigm in embassy design by representing the ideals of the American government—giving priority to transparency, openness, and equality, and drawing on the best of American architecture, engineering, technology, art, and culture.

Our challenge for the Embassy was to encompass these values, creating a strong sense of welcome for the community, while also meeting specific functional requirements for security, diplomatic work, and environmental sustainability. The Nine Elms district, a South Bank industrial zone under intense redevelopment, offers a unique setting for the new embassy. With an estimated 1,000 daily visitors and 800 staff, the Embassy project is poised to establish a strong framework for the urbanization of Nine Elms. A civic plaza and park contribute to this revitalization by connecting the Thames embankment and Nine Elms Lane to a new pedestrian greenway extending from Vauxhall Station to Battersea.

Information provided in part by: KieranTimberlake