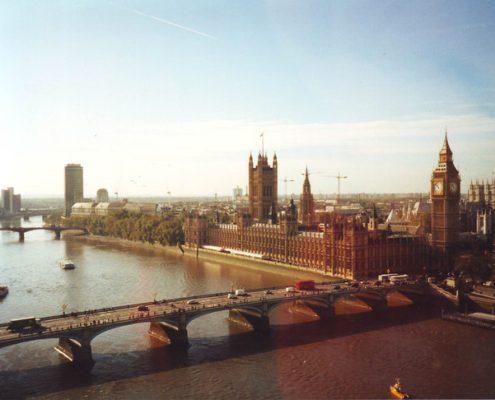 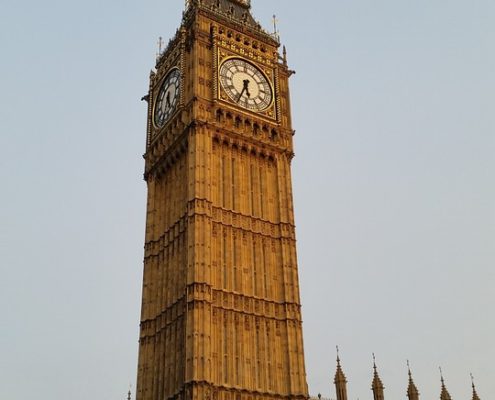 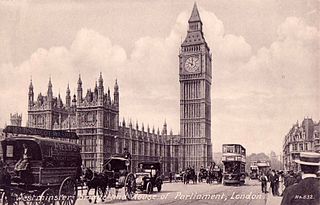 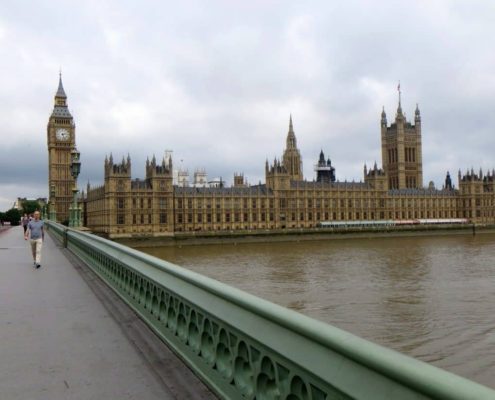 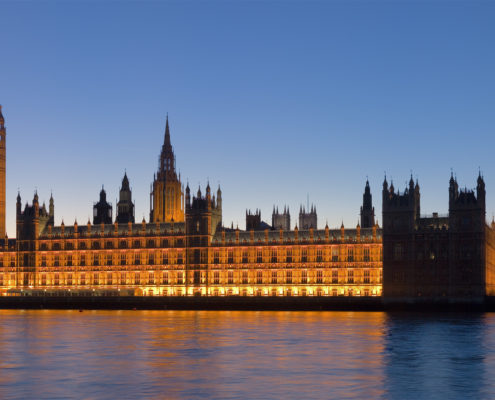 The new Palace of Westminster was custom-built by the Victorian architect Charles Barry for Parliamentary use. The design and layout of the building were thus carefully designed to serve the needs and workings of Parliament. In particular, Barry placed the location of the Sovereign's throne, the Lords Chamber and the Commons Chamber in a straight line, thus linking the three elements of Parliament in continuous form.

Barry was also careful to weld the old to the new, so that the surviving medieval buildings - Westminster Hall, the Cloisters and Chapter House of St Stephen's, and the Undercroft Chapel - formed an integral part of the whole.

In his design, Barry was also concerned to balance the horizontal (which he emphasised with continuous bands of panelling) with the vertical (which he marked with turrets that ended high above the walls). He also introduced steeply-pitched iron roofs which emphasised the Palace's lively skyline. His Gothic scheme for the new Palace also extended to its interior furnishings, such as wallpapers, carvings, stained glass and even the royal thrones and canopies.

Impact of the Palace

Towering over the modest brick-built Georgian terraces of Westminster, the new Palace had an enormous effect on the imagination of the Victorian public. It also had a significant influence on the subsequent design of various public buildings such as town halls, law courts and schools throughout the country, and internationally.

Information provided in part by: www.parliament.uk