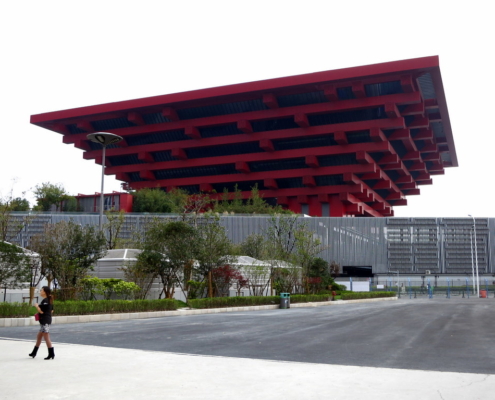 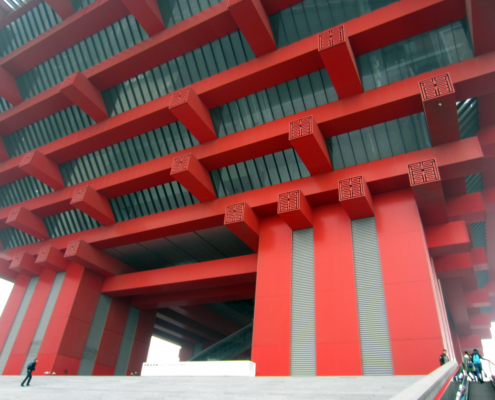 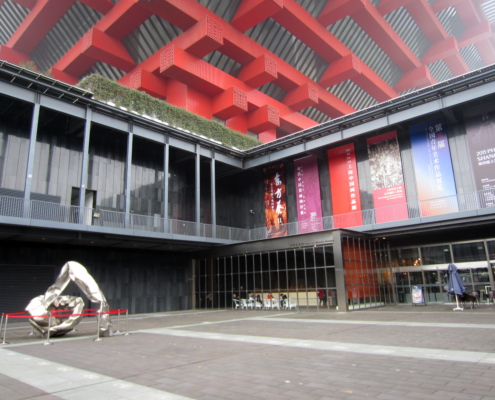 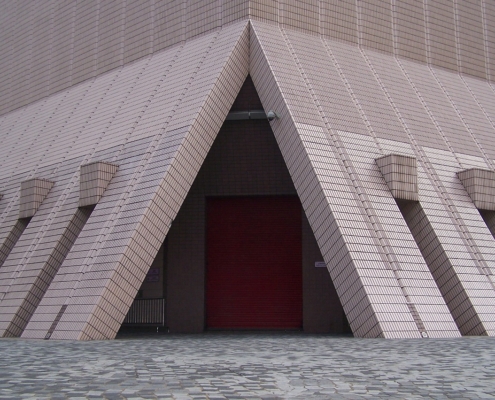 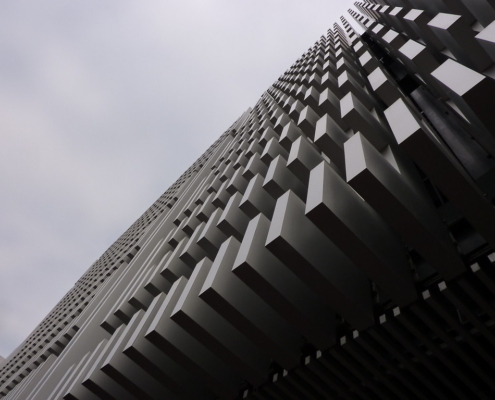 China Art Palace, a free museum in Shanghai, is located at the China Pavilion of the 2010 Shanghai World Expo.

Construction for the China Pavilion of the Shanghai Expo began on 28 December 2007, and the building was completed on 8 February 2010. It was the most expensive pavilion at the Expo, costing an estimated US$220 million. The 63-metre-high pavilion, the tallest structure at the Expo, is dubbed "the Crown of the East" due to its resemblance to an ancient crown. The building was designed by a team led by architect He Jingtang, who were inspired by the Chinese corbel bracket called dougong as well as the ancient bronze cauldron called ding.