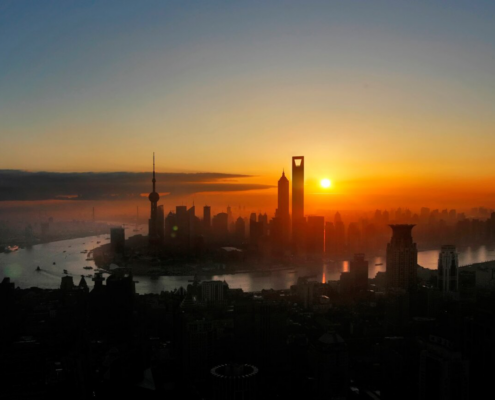 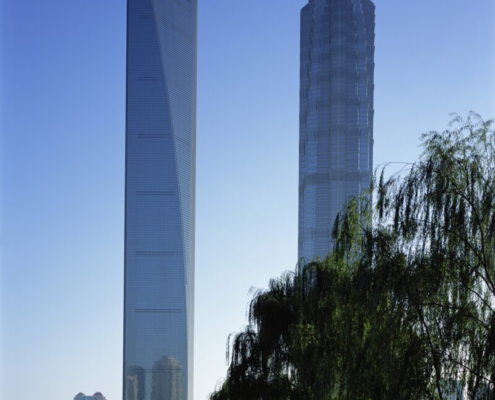 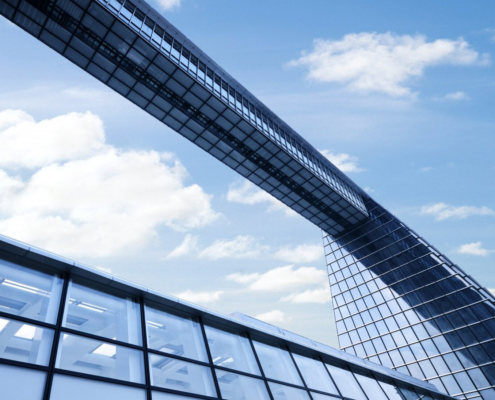 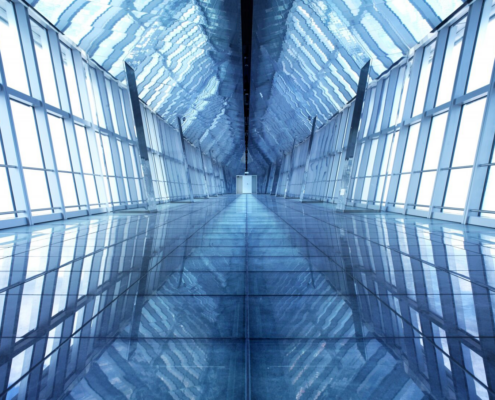 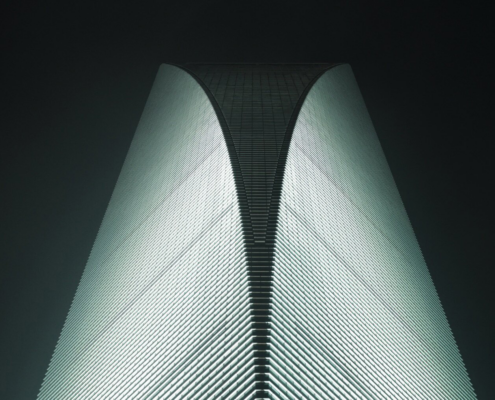 One of KPF’s most highly recognized and award-winning projects, the Shanghai World Financial Center has stood as a symbol of commerce and culture since its completion in 2008.

A virtual city within a city, the supertall structure houses a mix of office and retail uses, as well as the Park Hyatt Shanghai on the 79th to 93rd floors. Occupying the tower’s uppermost floors, the SWFC Sky Arena offers visitors aerial views of the historic Lujiazui and winding river below and the chance to walk almost 500 meters above the city via the 100th floor Sky Walk.

A square prism, the symbol used by the ancient Chinese to represent the earth, is intersected by two cosmic arcs, representing the heavens, as the tower ascends in gesture to the sky. The interaction between these two realms gives rise to the building’s form, carving a square sky portal at the top of the tower that lends balance to the structure and links the two opposing elements, the heavens and the earth.

The collaboration with the project’s structural engineer, Leslie E. Robertson Associates, the team arrived at an innovative structural solution that abandoned the original concrete frame structure in favor of a diagonal-braced frame with outrigger trusses coupled to the columns of the mega-structure. This enabled the weight of the building to be reduced by more than 10%, consequently reducing the use of materials and resulting in a more transparent structure in visual and conceptual harmony with the tower’s elegant form.