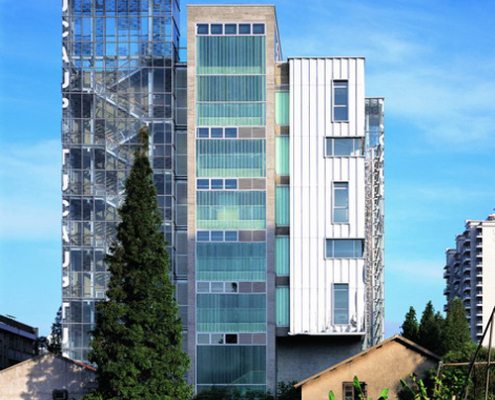 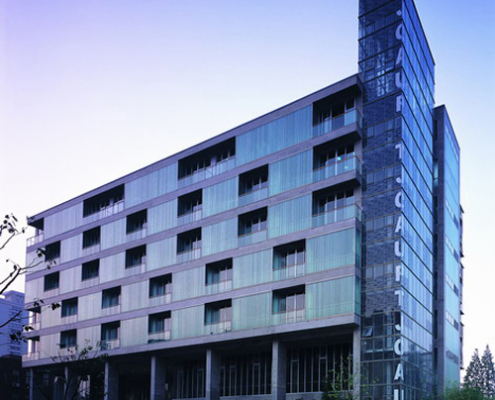 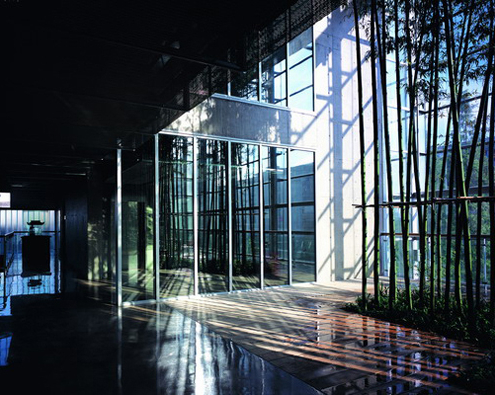 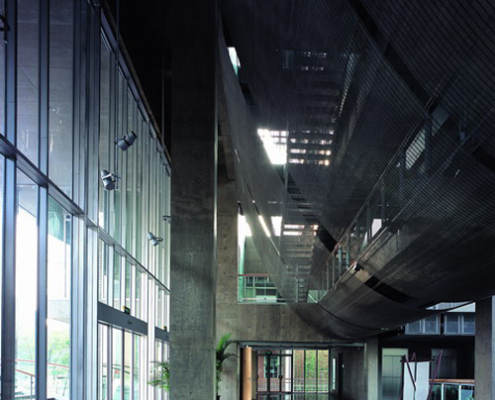 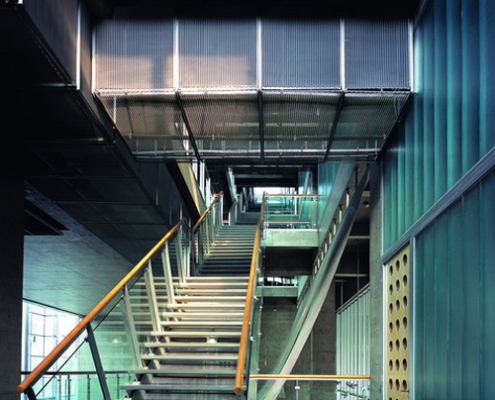 As an extension to the main building of College of Architecture and Urban Planning (CAUP) Building C is programmed for research and graduate student education on a congested site, with the main building adjoining the western side and the enclosing wall next to the northern side of the campus. The appearance of this building is considered as revelation of "dormant" potential of this silent corner in the campus, which intends to re-establish its relationship with the campus, the main building and the city. This is a building encouraging sufficient communication and inspiring hidden enthusiasm and creative instinct beyond rational systems, so that the process of using it is also the revelation of "dormant" potential for users themselves. The space is envisioned as a kind of flowing continuum and the numerical relationship between service and serviced space is broken through, so that the communication space becomes the main component, and the functional space as "plug and play" element.

The core of Building C is a centred east-west connecting corridor system, including a straight staircase connecting all floors of working space and a series of vertical light shafts. Sufficient daylight and diffuse space create a communication place for all professors and students. Research workshops, as the main body of the building, cover all the upper floors on the south of the corridor. Supervisor's studios, flexible workshops, vertical circulation and service units are arranged as two volumes plugged in different heights on the north of the corridor, with three overlapping voids in between (two indoor planted atriums on the basement and the third level, and a roof garden on seventh floor). They share a common transparent glass envelop on the north facade. A Waterfall and stepped plants incorporated into the sunken garden to the south provide a vivid recreational space to the underground gallery.

The overlapping of large scale public spaces from north to south produce intense variation in space dimension and orientation, and intertwines inside with outside. The building becomes the filter of the whole environment. In order to interact with the environment and demonstrate its interior mechanism, we try to seek the visibility of interior space and the expressivity of the surface material instead of the unity of exterior facade. Different space types have been distinguished in forms and materials of the facade, making each surface of the building respond to different contexts of the site.