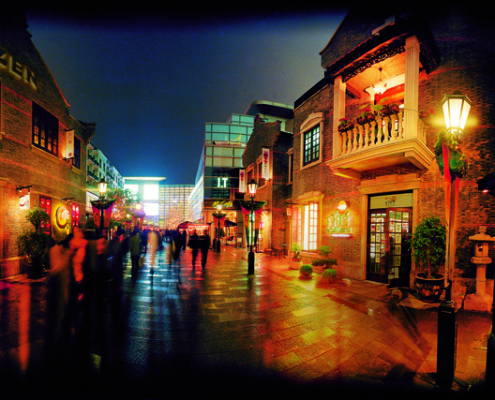 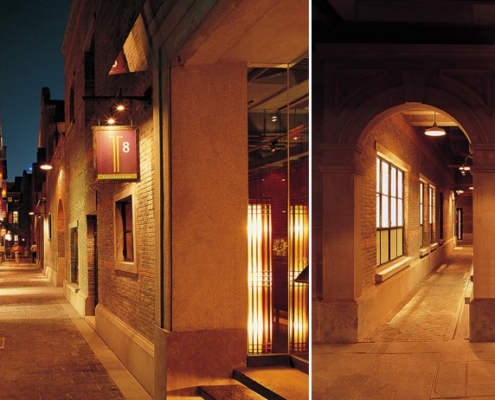 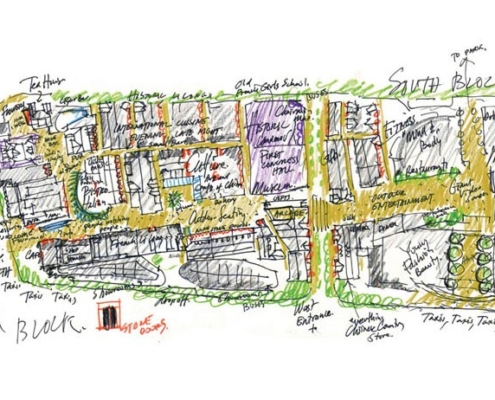 Our concept for Xintiandi is simple and human: make places, mainly outdoors, for people to meet.

Hailed by architectural critic Paul Goldberger as Shanghai’s “most provocative new architectural project” and said by the New York Times to have given Shanghai “a way of life not possible before it was born,” the project realizes many of the principles which consequently guide our work: embrace and encourage the life of the street, build an environment bound up with what it is to be alive and well in modern China, and above all build a place – not just buildings – with which people want to identify.

Located in the center of Shanghai City and south of Middle Huaihai Road, Xintiandi is a fashionable pedestrian street composed of old-style Shikumen residences and modern architecture.

It retains the antique walls, tiles and exterior of the Shikumen residences of old Shanghai while embodies a totally modern world in its interior. Roaming here, you will get the taste of both Shanghai in the 1920s and the modern lifestyle of urbanites of the 21st century.

Xintiandi is divided into two parts: the South Block and the North Block. The South Block mainly consists of modern architecture while the North Block keeps the old Shikumen architecture style. The typical Shikumen residences of old Shanghai seem to tell people beautiful stories about the history and culture of the city. They originally appeared in the mid of the 19th century as a product of combining Chinese and Western architecture styles, usually having a vaulted stone door frame with Chinese style carvings and a wooden door. Passing through the narrow lanes, you can see various of them as good settings for photographing.

The first project in China to combine restoration, renovation, and new construction, in the $200 million, two block, 60,000 square meter project we used contemporary Chinese craftsmanship to compliment the work of the past. Old Shikumen gates were preserved and made into shop windows and doors, but even the new pavers were each made of hand hammered granite. It took a day to install just four.

Dependent on neither an individual building nor on the meticulous preservation of architecture for its success, the project acts as the center piece of Shui On Land’s surrounding Taipingqiao development, laid out by Skidmore Owings and Merrill. The Singapore Office Nikken Sekkei International Ltd acted as the architect of record, and the Design and Research Institute as a consultant.